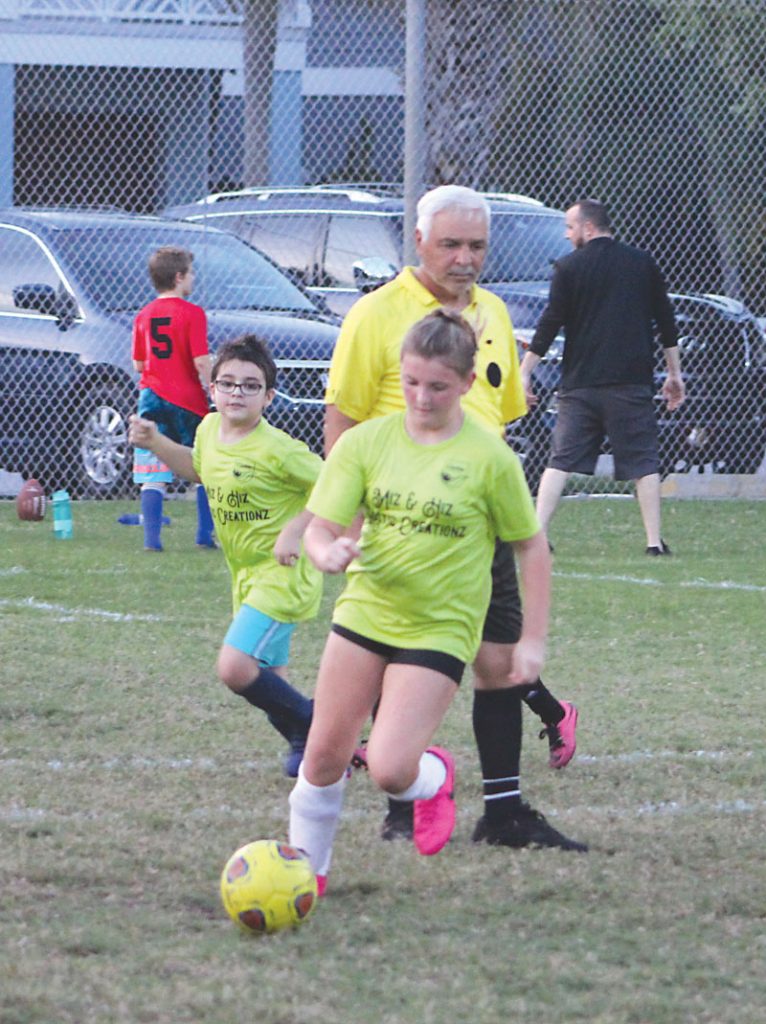 Ava Gitt of Miz & Hiz Biz carries the ball out during the third-place matchup in the 8-10 division playoffs at the Center of Anna Maria Island. Islander Photo: Kevin P. Cassidy 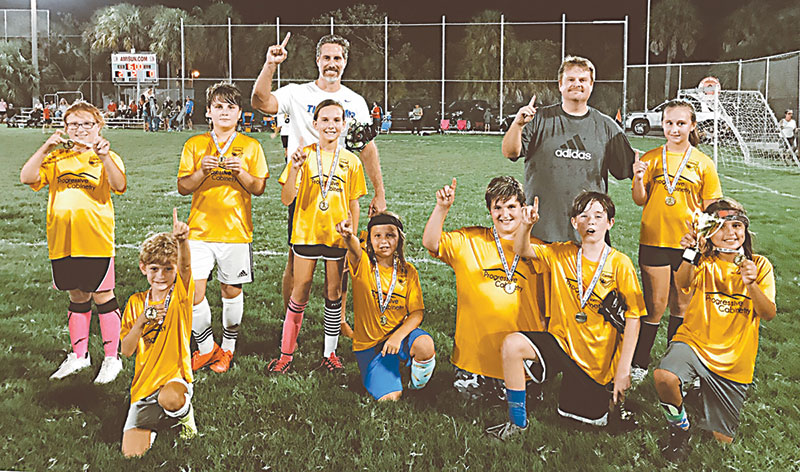 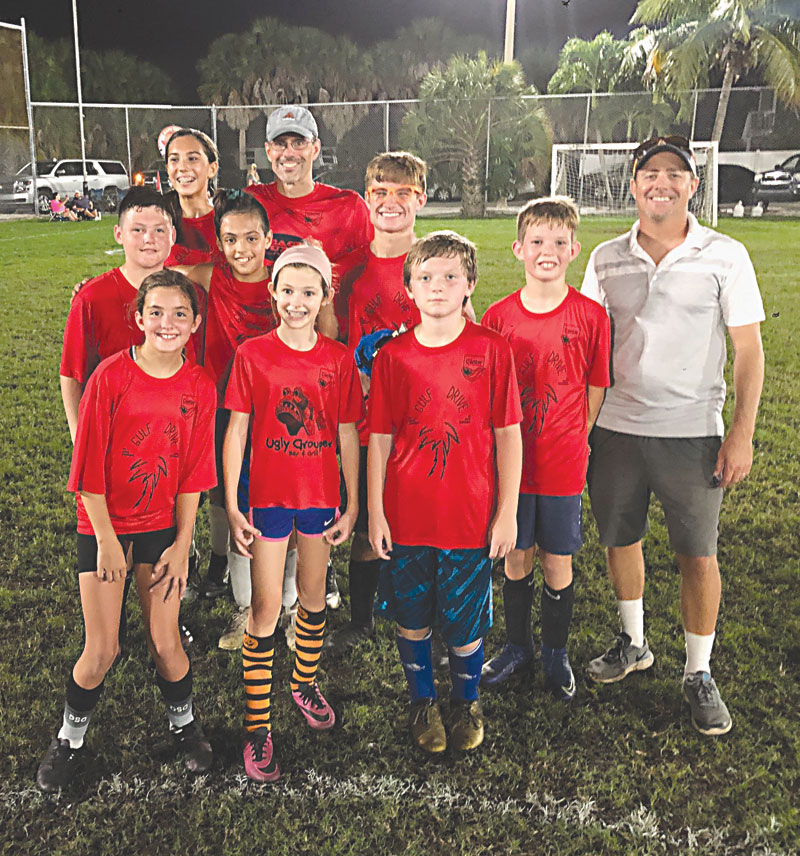 In a tense, frenetic and competitive soccer match for all the marbles in the season’s 8-10 division, Progressive Cabinetry outlasted Beach Bums Oct. 27 to grab the championship cup by a 2-0 score in the fall league at the Center of Anna Maria Island.

Beach Bums put up a good fight with Tomas Bartos and Hayden Eurice making dangerous runs only to be stymied by the strong defense of center back Cale Rudacille.

Progressive Cabinetry’s offense, which ran through Jack McCarthy and Jesse Zaccagnino, pressured the Beach Bums defense, only to be turned away time after time by the strong defense of Julie Baugher.

The 8-10 division third-place match saw Moss Builders cruise to a 4-1 victory over Miz & Hiz Biz behind two goals from Silas Dewitt and a goal each from Aiden Guess and Liam McGinnis.

Nixon Conner notched the lone goal or Miz & Hiz, while Liam Nunez made five saves to help keep his team in the game.

Later in the evening, Gulf Drive Cafe earned a hard-fought, 1-0 victory over No. 1 Tidy MD to win an upset in the 11-14 division.

Emma Raulerson came through with five saves for Tidy MD in the loss.

The third-place match saw Ugly Grouper swim past Slim’s Place by a 5-0 score behind two goals each from Hamish Robertson and Ronan Robertson. Gabriella Gilbert added a goal and Benjamin Young made 11 saves for Ugly Grouper in the victory.

Dave Richardson and Larry Solberg both carded plus-4s to finish in a tie for first place. Second-place also ended in a tie as Don Grau and Bill MacMillan were both a point back in second place.

Only one team was able to post a 3-0 record in pool play during Oct. 28 horseshoe action at the Anna Maria City hall horseshoe pits. The team of Steve Doyle and Bob Palmer were the outright champions for the day.

Three teams emerged from pool play with 3-0 records during the Halloween day action. Tim Sofran and Bob Heiger drew the lucky bye into the finals Oct. 31 and watched as Steve Hooper and Tom Skoloda defeated Steve Doyle 22-16 to advance as well.

Sofran and Heiger took advantage of the free pass to the finals by cruising to a 23-8 victory over Hooper and Skoloda.