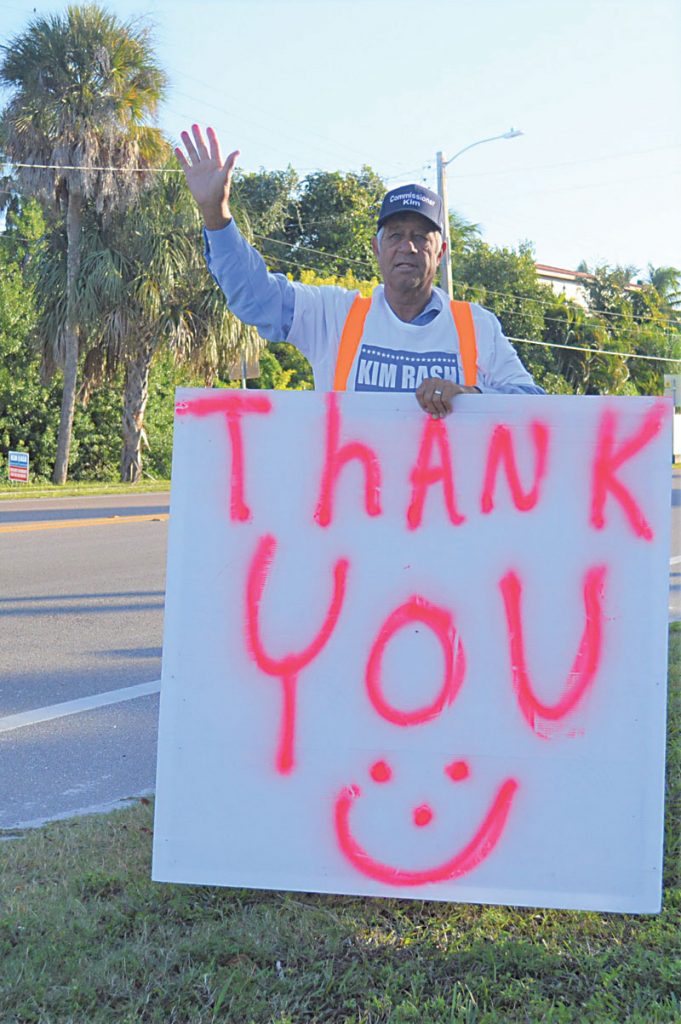 The 2020 Holmes Beach election has been decided.

Mayor Judy Titsworth was unopposed and retained her seat. She contributed $1,000 to her campaign fund and her expenditures included a $240 qualifying fee.

The money paid for the qualifying fee, signs, flyers and mailers.

He received contributions from Gerald Newbrough and Hugh Holmes of Holmes Beach, as well as $300 from Shoreline Builders of Southwest Florida, a construction firm owned by the mayor and her husband, Steve.

Rash reported payments for the qualifying fee, postcards, postage, signs, printed advertisements and T-shirts as his expenditures as of Nov. 3.