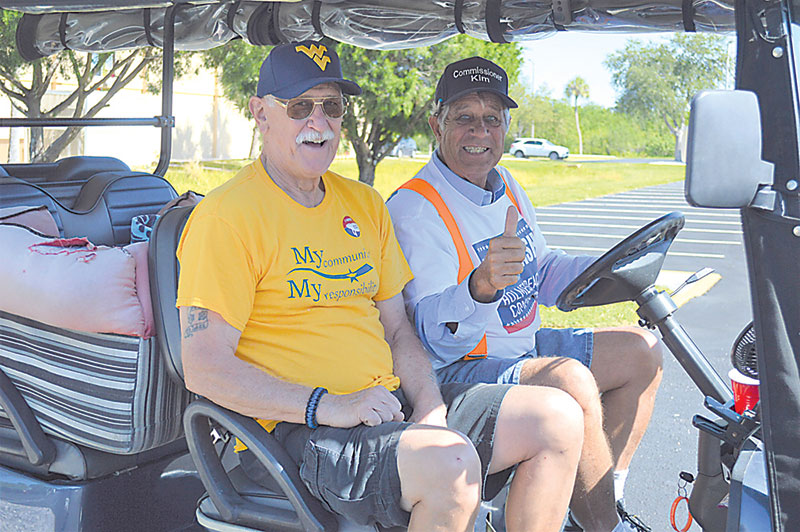 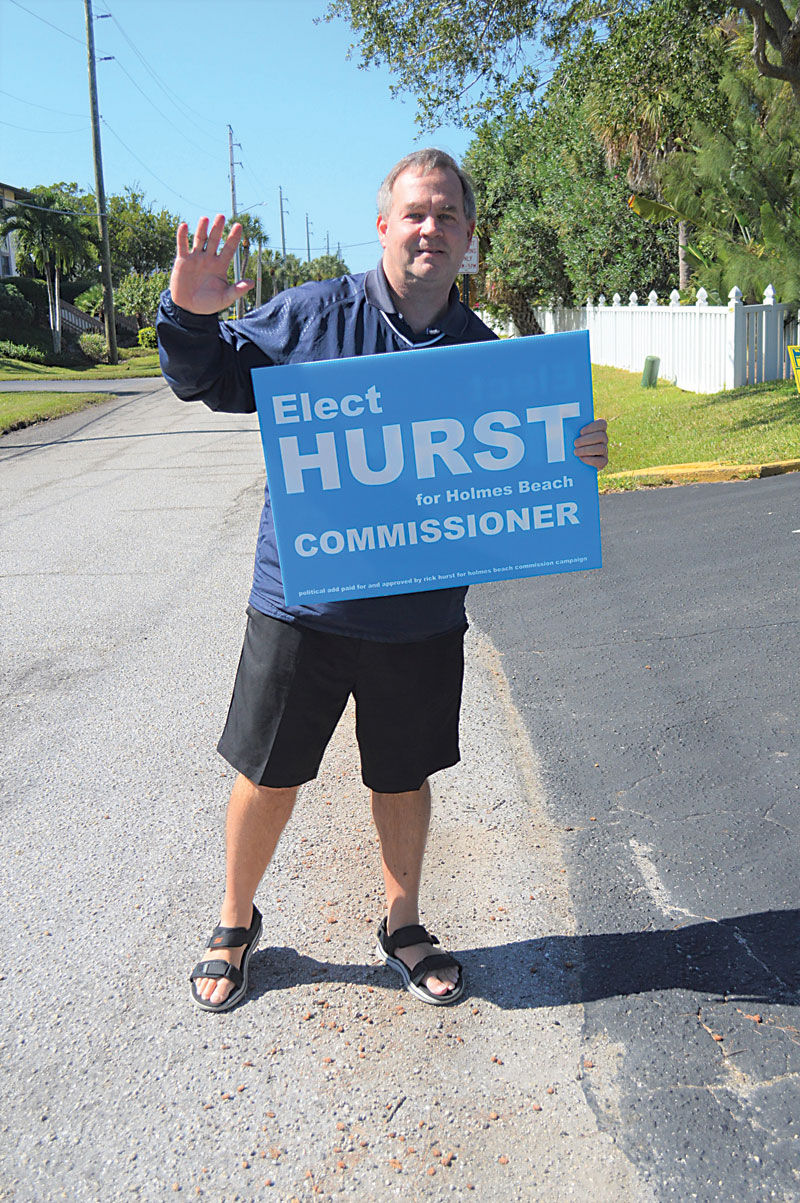 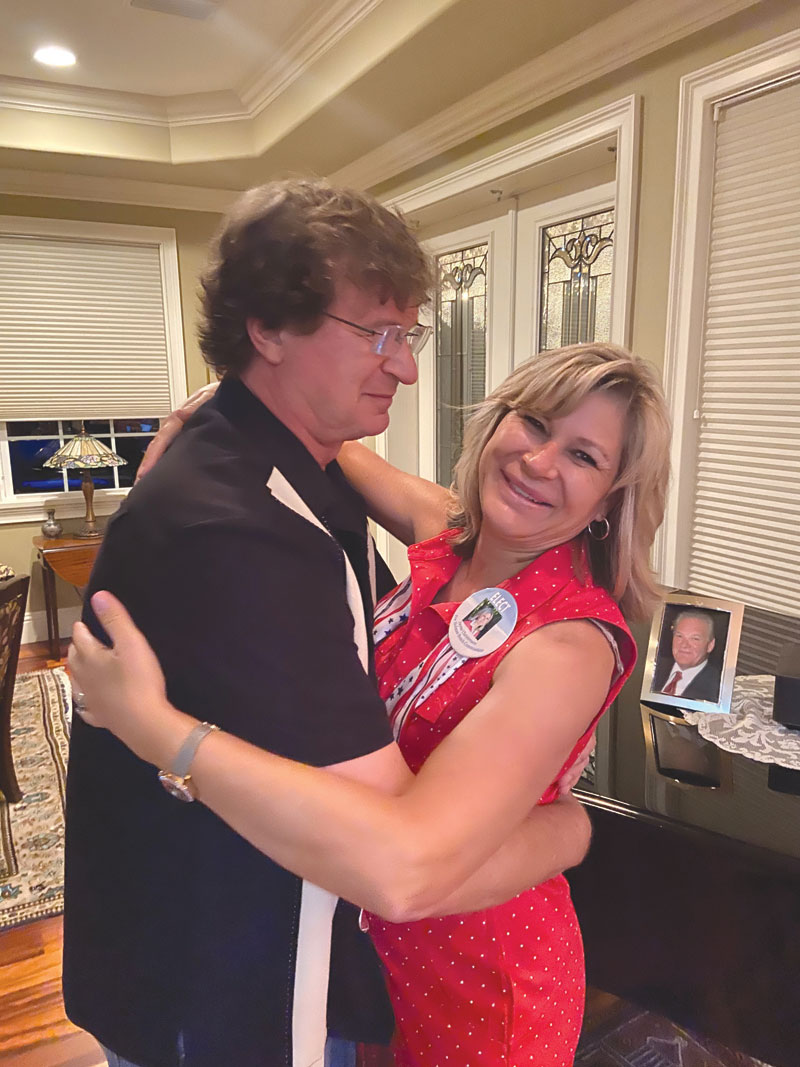 Holmes Beach Commissioner-elect Jayne Christenson poses Nov. 3 with her husband Joe at a victory celebration at a friend’s home. Christenson was the second-highest vote-getter, with 874 votes. Islander Courtesy Photo

It got heated in Holmes Beach.

Both incumbents, a former commissioner and a challenger competed for two seats on the dais.

After early votes, mail-in ballots and Election Day votes were tallied Nov. 3, incumbent Kim Rash was reelected and Jayne Christenson was voted in.

Pat Morton, who served 17 years on the city commission, was not reelected. Rick Hurst lost his second bid for election since serving as a commissioner 2017-19.

“I am so excited for this opportunity to work and represent the people and the city I love,” Christenson said of her win in the nonpartisan race. “It is my goal to protect our community. Holmes Beach has a bright future and I am glad to be a part of it.”

Rash, who received the most votes, said he was happy with the outcome.

“I’m looking forward to helping the people of Holmes Beach for another two years,” he said. “I am going to continue to take care of the residents and be a voice for them.”

“They must be happy with the work I have done over the past two years,” he said of the electorate. “I let my record speak for myself this time around.”

Hurst said he’d hoped to return to the dais, but defeat would not stop his intentions to improve the city.

As an offshoot of his campaign, Hurst created a Facebook page, “Citizens for a stronger Holmes Beach,” that will continue to promote Hurst’s platform.

“There is a large contingent of citizens that are not being heard and there are multiple reasons why,” he said.

Hurst lost to Christenson by 12 votes. However, Christenson received 502 votes by mail and Hurst only got 400 mail-in votes.

“It looks like my failure was associated with the mail-in ballots,” he said. “I consider this halftime, will continue to promote my plan and will be back at it again next year.”

Morton said he had been unsure whether he would run again, but people encouraged him to give it another go.

“So I went with it. I put my heart and soul into it every time I run,” Morton said. “I never had an agenda. I just did my job. And now I hope the city does not fall to the hands of people with their own agendas in mind, instead of what is best for the city.”

The official certification of the election by the Manatee County Supervisor of Elections Office was not completed as of press time for The Islander.

The swearing-in ceremony for the newly elected officials will be set after the election results are certified.