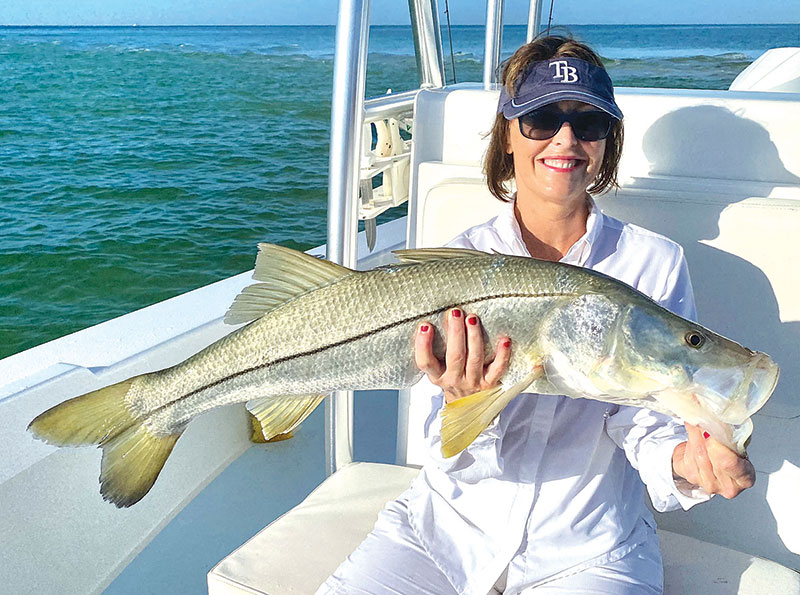 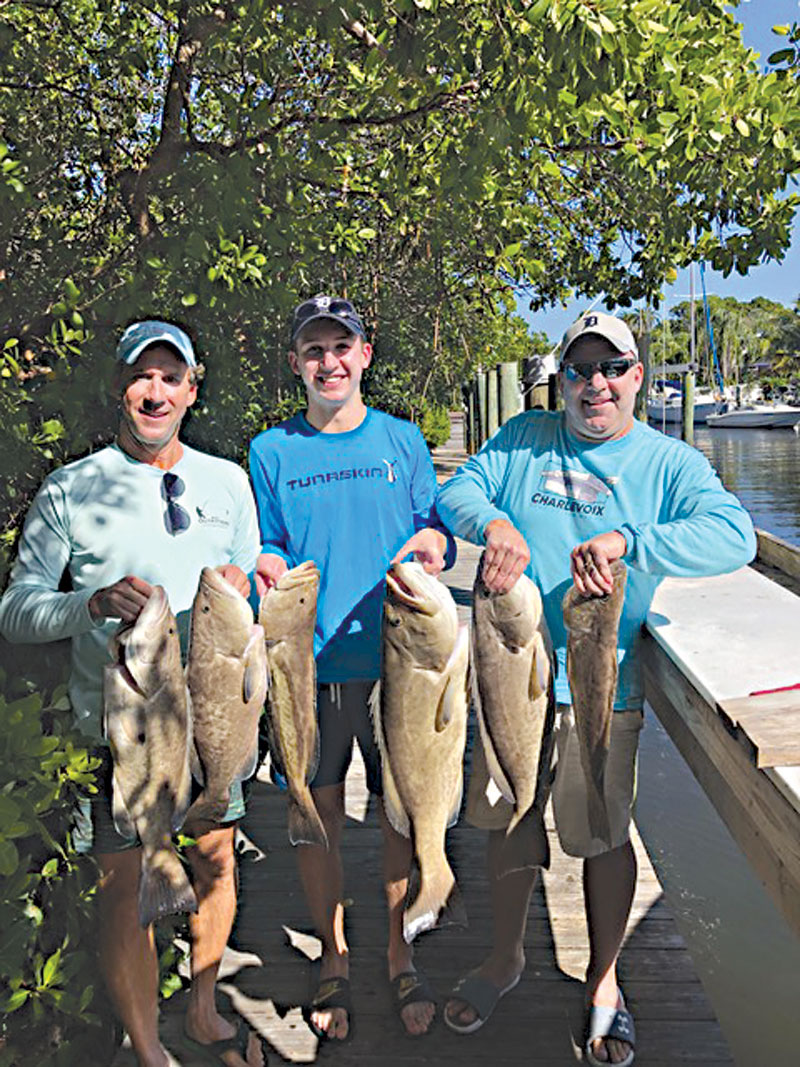 Capt. Logan Bystrom led the Zurawskis to a limit catch of grouper Nov. 25. Pictured at the dock with some of their fish are Paul Zurawski, left, of Anna Maria, nephew Will Zurawski and brother Steve Zurawski of Grosse Pointe, Michigan.

The fishing community of Anna Maria Island was rocked by the death Nov. 19 of our dear friend, Michael “Sol Man” Steach.

Mike was a true “islander.”

He was an excellent fisherman and mostly plied his living from the water, and was an avid surfer as well.

He was an entertaining character to be acquainted with and to have as a friend. There was never a dull moment with Sol. He had an animated aura.

Being energetic and overly passionate about whatever he was talking about, conversations with him often could take you on a roller coaster ride.

And when he was talking, he spoke with his own lingo to the point where, if you didn’t know him, you might have struggled to understand the language and what he was talking about.

His special references to fishing surely made his conversations intriguing, although you had to have a trained ear to reap the benefits. He knew where the fish were most of the time and was willing to give up a little information as long as you were willing to listen to him rant.

And, boy, could he rant.

I remember the colorful references he used when talking fishing. He referred to sheepshead as “skull,” mullet were “mule,” flounder were “flatties” and mangrove snapper were “mangs.”

When targeting kingfish, he would say “the king and I.”

When the fishing was excellent it was the “mecca.”

And, if the fish were schooled up tight, it was “the meat.”

He freely used the F-word, liberally adding it numerous times in a sentence to emphasize the importance of what he was saying and, all the while, dramatically waving his arms.

I became acquainted with Sol Man when I worked at Island Discount Tackle. Sol would come by the store to talk fishing. I loved when he came into the shop and tried to explain to the tourists how to fish the island.

He’d walk in wearing only a pair of boardshorts, a hat and Costa Del Mar shades and carrying his fishing rod. Usually, his bare feet were covered in beach sand, which he tracked all over the shop, but he also clumped about in white “captain boots.” A fishing tradition. He looked a true local and lived the part.

And the tourists noticed. They’d ask him questions about how to fish and he entertained.

You see, if you knew Sol Man, you knew he had quite a disdain for adults who didn’t know how to fish. He took offense to fishing ignorance.

Fishing was common sense to him. So tourists would ask him questions and he would help them. But, he wasn’t afraid to let his disdain show.

I don’t know how many times I thought to myself, “I would have punched him had he said that to me.” But, oh no, the tourists loved the abuse. It was like they saw him as an attraction. They’d get roasted and they’d love it. Plus, he’d give them ample good bits of information, which seemed to take away the sting of the insults.

He followed the same MO throughout his daily travels. I can’t tell you how many times I would have clients on my charter boat who would start talking about having an encounter with a local guy while they were fishing on the beach.

“Boy, he talked our ears off,” they would say. “He’s quite an interesting fellow. And a good fisherman.”

Yeah, Sol loved fishing off the beach. Pompano and flounder were his specialties and he’d hit the summer snook hard on the beach. He would ride his beach cruiser down the shore and jig for pompano all morning. And if he wasn’t jigging for pompano, he was jigging for flounder — or hooking big snook.

And it you didn’t encounter him on the beach or at the tackle shop, you might have bought bait from him at the M&M Bait Co. bait barge over by Kingfish Boat Ramp. He was there selling shiners many mornings.

And many times I would motor over to the bait barge before my charters just to sit around and BS with Sol. We had a lot of introspective conversations about fishing and whatever else was happening on the island.

Most of all I miss the days when Sol would ride his bike by the Waterline Marina and stop to hang out while I was cleaning the boat after one of my charters.

Sometimes we’d sit there for an hour talking about the local fishing gossip of who’s catching what and where to find fish.

I’d tell him about my own fishing experiences that day and he would have some suggestion or technique I should have used. He was a plethora of information when it came to fishing. And sometimes I think he was the same about life, too.

Living on the island was the only way for Sol.

Whether he was out stone crabbing or commercial fishing or selling bait for the M&M Bait Co., his life was on the water.

And when he wasn’t on the water earning a living, he was out there anyway — fishing and surfing were his favorite pastimes.

And now that I’m crying, I’m going to sum this up.

Mike, we’ll always love you and you’ll never be forgotten. You were a staple on the island and we are at a loss in your absence. You were well-liked in the fishing community and by many others. The island will never be the same without you.

Thank you for being my friend, I’ll miss you.