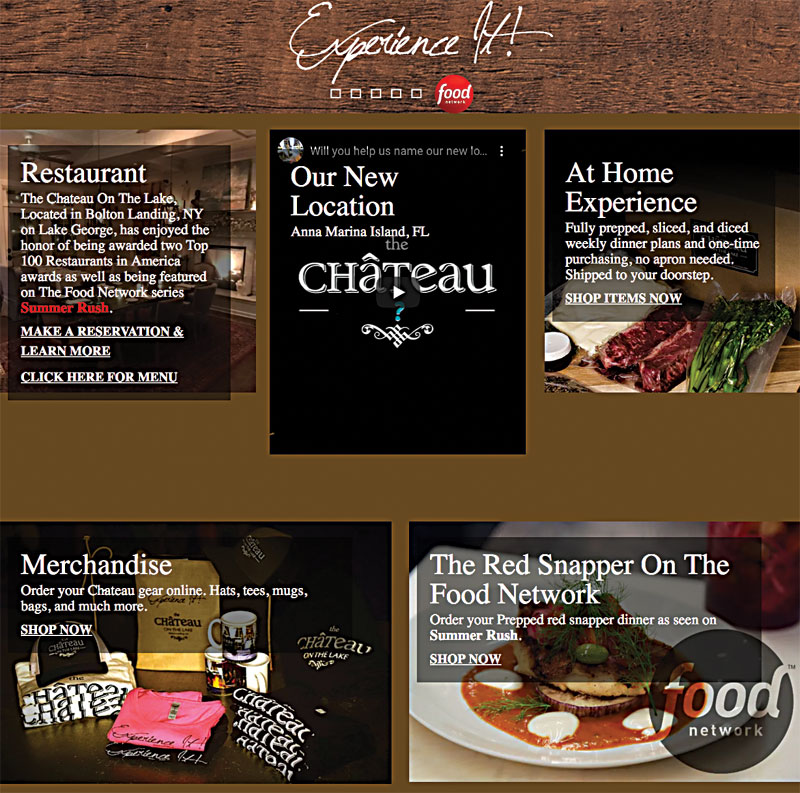 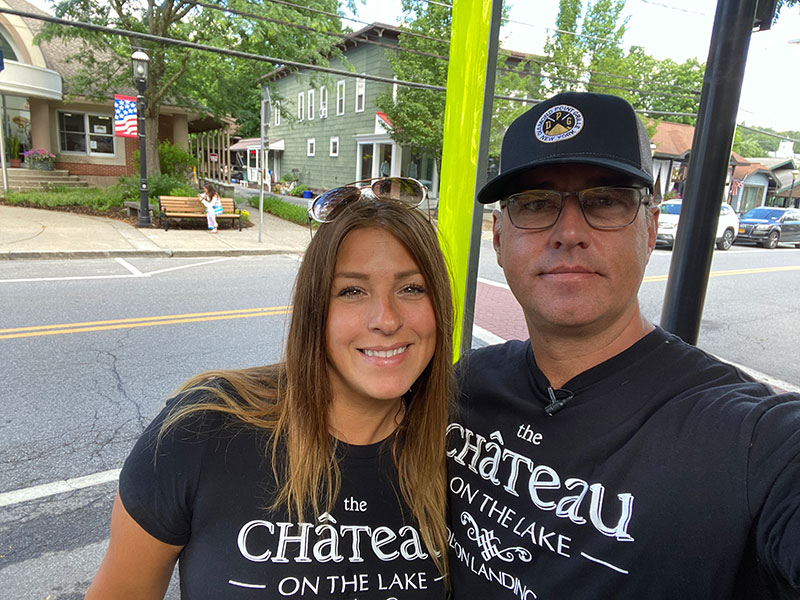 The marquis reads, “Opening in Holmes Beach” and on a television near you.

At a time when restaurants and bars are shuttering — some of them permanently — a New York state restaurant family with island connections is opening a new location at the Waterline Marina and Resort in Holmes Beach.

Edward “Buddy” Foy Jr. and his wife, Jennifer, owners of The Château on the Lake in Bolton Landing, New York, plan to open the doors Dec. 19 to The Château Anna Maria.

Fans of the Food Network may recognize the Foy name from their restaurant reality show, “Summer Rush,” chronicling the family, which owns three restaurants in the Lake George area of New York.

Filming for the second season of “Summer Rush” on the Food Network includes the opening of the new upscale dining room at Waterline.

The restaurant, a hotel amenity in the resort at the city center where Marina and Gulf drives intersect, will replace Eliza Ann’s Coastal Kitchen, which was permanently closed in March.

Foy Jr.’s parents, Cate and Edward “Buddy Senior,” have owned a home in Holmes Beach for more than 20 years, and Foy Jr. and his family have loved visiting the island, he said in a Nov. 23 phone interview with The Islander.

Foy Sr. and Cate have owned Cate’s Italian Garden for 25 years while Foy Jr. and Jennifer have been in business for eight years at the Château on the Lake. Brother Jesse Foy has owned a burger hot spot, Diamond Point Grill, for four years.

Foy Jr. said the French fare at the island restaurant will not be as expensive as some other white-tablecloth restaurants, but the cost will be more than some of the more casual-upscale dining options.

In ambiance, he said the restaurant will celebrate the island’s beauty.

And, Foy Jr. said, he plans to give customers his VIP treatment.

The Château at Bolton Landing served more than 100,000 diners during the summer months despite New York state’s restaurant restrictions due to the coronavirus pandemic.

“Diversifying during COVID wouldn’t normally make sense, but building on the summer success, we decided to continue to lean into COVID,” Foy Jr. told The Islander.

He said his staff has become part of the family and family loyalty is rewarded with promotions from within the company.

For example, Tyren Crain, executive chef and Orlando native, has worked for the Foys for five years. When Crain went to work at Bolton Landing, Foy Jr. said he told the chef that after five years, they would open a new restaurant together.

Five years later, Crain is on Anna Maria Island creating a menu for the Holmes Beach restaurant that will rely on local purveyors of fish, meat and produce, while staying true to the French cuisine-style served at the New York eatery.

In addition to seasonal updates to menus, there will “definitely be a Caribbean flair” to the new location’s menu, Crain said Nov. 25.

The director of operations Mark Trapasso is creating decor with a French market feel.

Meanwhile, Foy Jr. plans to host the s’mores experience seen on “Summer Rush.” He said several fire pits on the outdoor patio adjoining the restaurant will allow a campfire experience.

The Waterline resort, which opened in November 2018, was built where a yacht club, restaurant and marina were developed by Jack Holmes in 1953 — which soon after and for many years was Pete Reynard’s Yacht Club Restaurant.

The original building was demolished in 2002 to make way for the new hotel.

Houghton said Mainsail sought an independent operator for the restaurant.

“You have to stimulate interest in a destination, but not change the magic of the destination,” Houghton said.

Mainsail had three criteria for an operator:

Ten restaurant operators applied and three were short-listed before the Foys were chosen in September.

“Their brand is in line” with Mainsail’s goal and their appreciation for the community is “very, very important to us,” Houghton said.

For more information, go online to www.thechateauannamaria.com or call 941-238-6264.

To read about “Summer Rush” or for links to videos, go online to https://www.foodnetwork.com/shows/summer-rush.