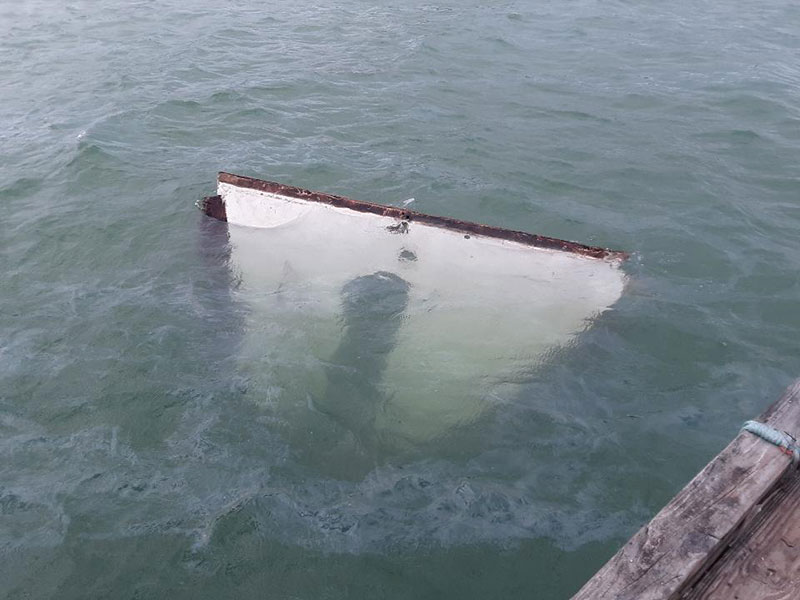 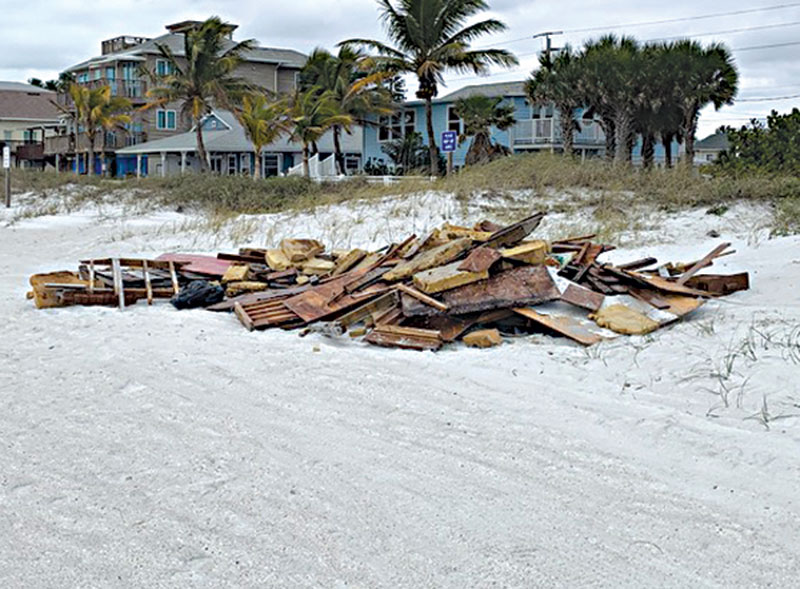 Workers and volunteers piled debris found on the shore Jan. 9 at Fourth Street South in Bradenton Beach that washed up from the shrimp trawler that broke up and sank Jan. 8 near Bean Point in Anna Maria. Islander Photo: Tjet Martin 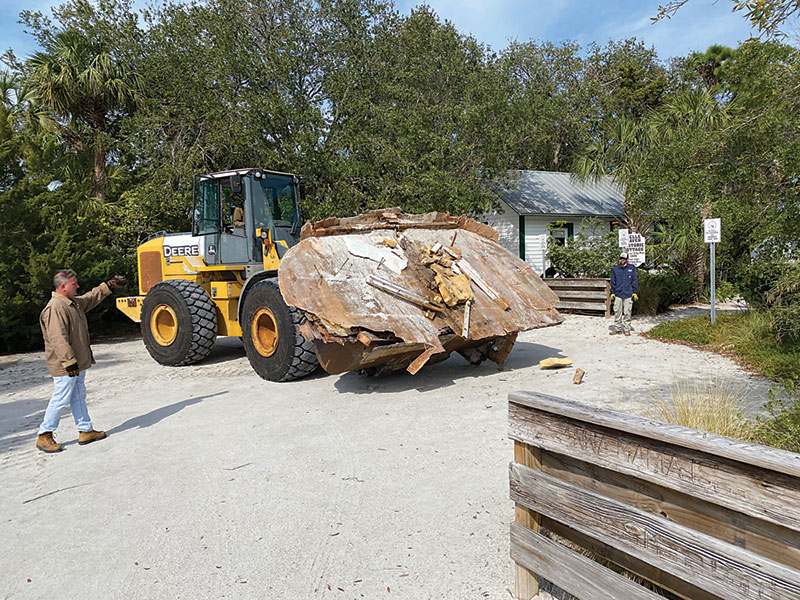 “Coast Guard Sector St. Petersburg received a call on VHF-Channel 16 from the Warrior operator reporting they had 2-feet of water on board and pumps were unable to keep up with the flooding,” a Coast Guard news release stated.

A Coast Guard boat from Cortez and a helicopter from Clearwater responded about 7:50 p.m. Jan. 8, and evacuated three crew to a dock in Cortez “with no medical concerns,” according to the release.

Debris from the Warrior was scattered in the Gulf of Mexico and Tampa Bay from Egmont Key to Longboat Key, according to a chart from the Coast Guard.

Anna Maria’s northernmost point is nearest the site of the sunken shrimper in Tampa Bay.

A caller reported to The Islander the following morning that some debris had reached the Rod & Reel Pier in Anna Maria.

Mayor Dan Murphy wrote in a Jan. 10 email to The Islander that public works staff, with help from Manatee County, had removed most of the debris from its beaches.

“As to the remains of the trawler, salvage operations with divers are scheduled to begin today (Jan. 10) just off of Bean Point, where the trawler ran aground,” Murphy wrote. He noted that the fuel tank (maximum capacity 7,000 gallons of diesel fuel) remained with the hull in approximately 14 feet of water.

“Still, this tank continues to pose a potential threat to our beaches should it rupture prior to or during salvage operations,” he added.

In the meantime, the city placed debris from the wreckage into dumpsters near the Anna Maria Island Historical Society museum, 402 Pine Ave., for later disposal.

Murphy wrote that Versaggi’s insurance adjuster would inspect the debris “this week” and would cover the cost of the city’s cleanup work.

Another caller, Tjet Martin, reported observing large amounts of debris strewn along the shoreline “as far as I could see” in Bradenton Beach.