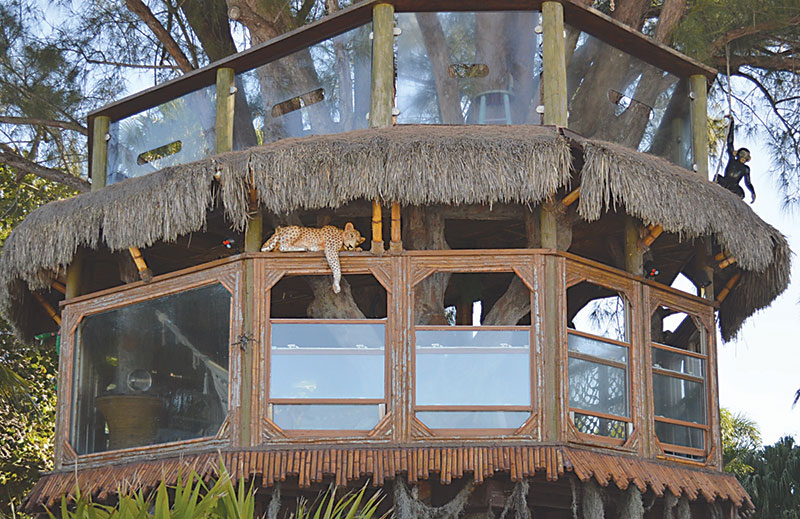 A jaguar and other wildlife replicas Dec. 30 decorate the treehouse built in an Australian pine tree on the beachfront by the owners of the residence and four adjacent vacation rental properties at 103 29th St., Holmes Beach. Islander Photo: ChrisAnn Allen 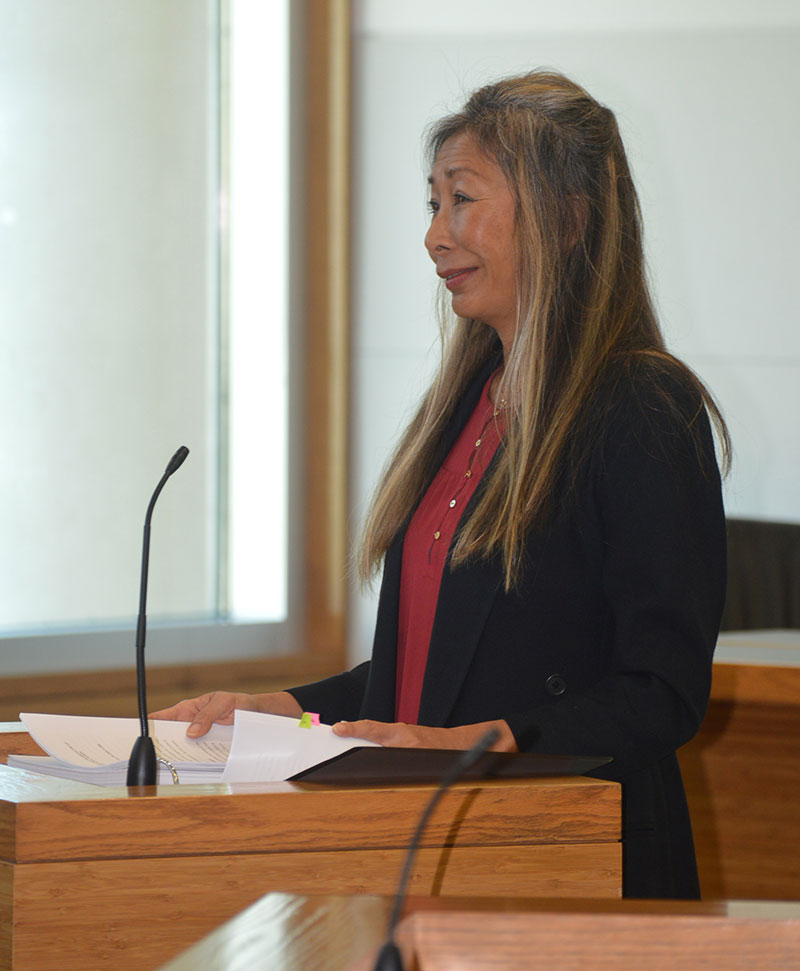 They are taking it to the top.

And not the treetops.

A treehouse — built without a permit in Holmes Beach in 2011 — still has four pending lawsuits in various courts spanning nearly 10 years and the owners are attempting to move up the legal fight.

“I give them a lot of credit for being persistent,” attorney Jay Daigneault, of the Trask, Daigneault, firm in Clearwater, representing the city in this case, said Dec. 30, 2020, in response to their most recent filing with the Florida Supreme Court.

Owners Richard Hazen and Huong Lynn Tran filed a petition for writ of certiorari with the state’s high court Dec. 29 in another attempt to keep their treehouse from being removed by the city.

The petition, an appeal, cites earlier cases that were denied hearings, stating that the 11th Circuit Court “already set itself apart” from accepting results of similar cases and “petitioners pray that this court grants their petition for writ of certiorari.”

The writ requests that the Supreme Court order a lower court to send up the court record for review.

Meanwhile, the city issued a code violation Dec. 29, 2020, citing the treehouse owners with operating an unregistered rental as part of the other four vacation rentals on the property.

According to city code compliance director JT Thomas, $95,600 in fines is due to the city and must be paid for a vacation rental certificate to be viable.

The issuance of a vacation rental certificate is predicated on the property owners maintaining good standing with the city.

Tran and Hazen will be cited $500 per day if they continue to provide short-term rentals on the property, a vacation accommodation named Angelino’s Sea Lodge.

Daigneault said they went to the Supreme Court because it is the state’s “court of last resort.”

The writ reads much like the other pro se — lacking an attorney — filings, with incomplete and jumbled statements that distort the case background.

“This is largely gibberish, but this is one way to get what they want,” he said, adding that the Supreme Court has no requirement to review such cases and hears only about 2.5% of those that come before it.

“The fact of the matter is that the treehouse needs to come down,” he said. “And it is going to come down at some point. The question is when.”

The couple previously sought a hearing on a constitutional claim with the U.S. Supreme Court — after being denied hearings in the appeal courts after a civil court ruling on a petition for a vote by the Holmes Beach electorate was declined due to state law. The court declined to hear the case without comment.

Attempts to contact Tran and Hazen Dec. 29 were unanswered.

One thought on “Treehouse owners mount a new plea to Fla. Supreme Court”