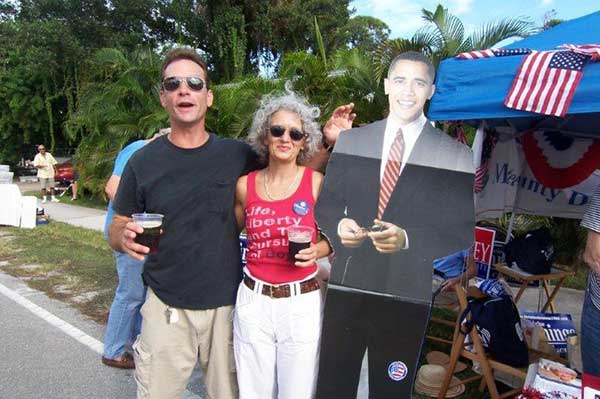 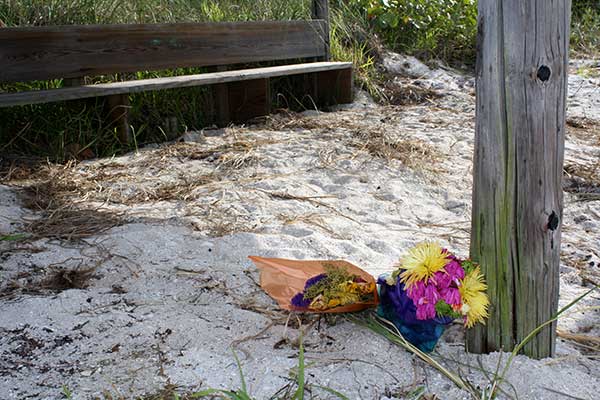 The beachfront pavilion near Haley’s Motel at the 81st Street access is where William Cumber buried Sabine Musil-Buehler in November 2008.

William J. Cumber III was someone she believed needed a second chance.

On Nov. 4, 2008, only two months out of prison for arson, he killed her. He broke seven ribs, crushed her sternum, bound and likely strangled her.

Some have labeled Cumber’s actions sociopathic, a fit of jealous rage, sparked by an argument and pent up frustration.

Others point to his history of domestic violence — a 2006 arson conviction for setting a Bradenton home on fire with people sleeping inside, including his then-girlfriend, who, in 2002, filed a domestic injunction against him.

Cumber was just released from prison for the arson when the relationship with Musil-Buehler began.

He visited Cumber in prison three times before his Oct. 15, 2015, guilty plea and also at the Manatee County jail “five or six days straight.”

Wood saw “a constellation of crimes concerning this woman” and an opportunity to write about them.

He reported Cumber telling him about an abusive upbringing, being beaten by his father and German stepmother, who later cheated on his father.

As far as framing Musil-Buehler’s murder as domestic violence, Wood said he didn’t see it.

A close friend of Musil-Buehler told him, “There’s no way in hell she would’ve stood for it.”

Buehler told the police in 2009 he’d been married to Musil-Buehler 15 years, and while the first 10 years of the marriage had been good, the two grew apart and “a marriage of convenience” as business partners developed.

“She was coming out of a relationship with one of the kindest, best people I’ve known in my life,” said Suzi Fox, who’d known the Buehlers since the 1990s. Fox is executive director of Anna Maria Island Turtle Watch and Shorebird Monitoring.

The Buehlers were among the first coordinators of Fox’s first Anna Maria sea turtle group.

“She obviously must have been shocked to step into an abusive relationship,” Fox said, adding Musil-Buehler surrounded herself with kind and gentle people.

On the day she died, Buehler said Musil-Buehler told him she was moving back into the couple’s home and ending the six-month relationship with Cumber — after less than two months cohabitating at the apartment in the 200 block of Magnolia Avenue.

A month earlier she tried introducing him to her friends, but he wasn’t fitting well.

“We might be back in our old spot sooner than expected,” Musil-Buehler wrote Sept. 28, 2008, in an email to a friend.

“Bill lost it last night and went in town to see his old buddies on 14th Street. He came back stinking like cigarettes and beer at 5 in the morning. I know it takes time to find new friends but if he’s going back to his old ways, it is just a matter of time that he will be back in jail,” she wrote.

In an Oct. 7, 2008, email, she called Cumber a “mean drunk,” who becomes “jealous of everybody, insulting and very humiliating.”

She wondered why Cumber didn’t understand the chance he’d been given.

Fox said the “take-home point” for women is not to take abuse — physical or mental abuse — ever.