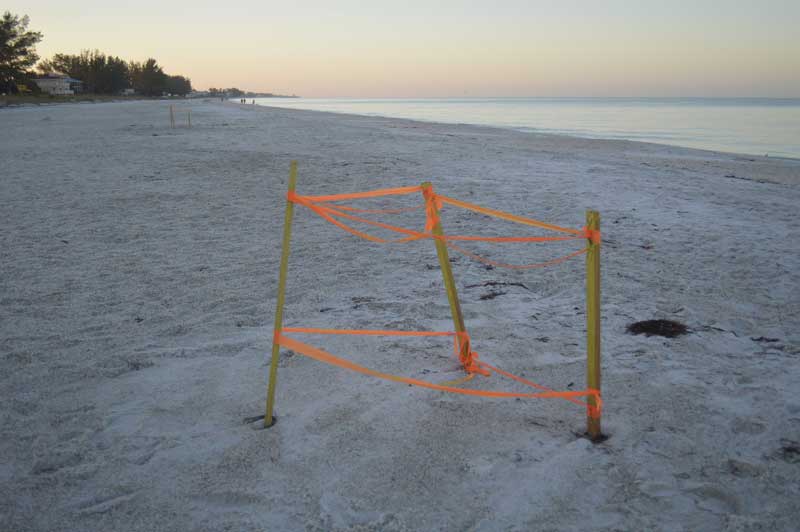 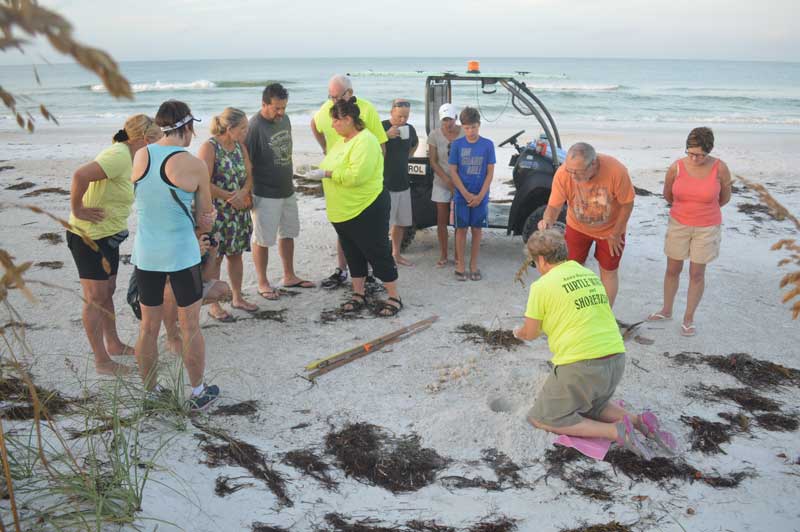 Suzi Fox, AMITW executive director, shows a loggerhead egg to beachgoers Oct. 10, while turtle watch volunteer Kathy Noonan excavates a nest on the beach near Maple Avenue in Anna Maria. Turtle watch excavates nests for data collection 72 hours after they hatch. The nest in the northern section of beach was the last to hatch there. 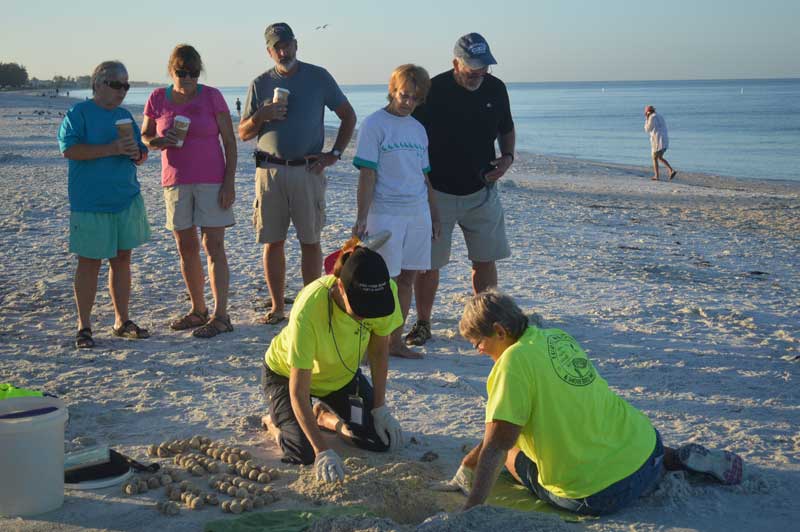 Another successful sea turtle season on Anna Maria Island is less than two weeks from ending.

According to Anna Maria Island Turtle Watch and Shorebird Monitoring, more than 25,000 hatchlings have emerged from nests on island beaches and trekked to the Gulf of Mexico.

As season closes, the number of hatchlings has ebbed.

All but a handful of nests have hatched and no nesting activity has been documented since the first week of September.

Once a nest is discovered, it is staked for protection and later, data collection.

According to Florida Fish and Wildlife Commission regulations, turtle watch must wait 72 hours to collect data from a hatched nest. During the excavation, volunteers count how many of the ping-pong-ball-sized eggs hatched, didn’t hatch, or if there are live hatchlings remaining in the nest.

Turtle watch then ensures any live hatchlings make their way to the Gulf.

Recent excavations, likely the last of the 2017 season, have yielded mostly unhatched eggs.

A nest excavated Oct. 10 on the beach near Maple Avenue in Anna Maria yielded eight hatched and 30 unhatched eggs.

During the peak of season, nests average about 100 hatched eggs.

Fox said this is normal for the end of season.

“At the point this nest was laid, the females have likely already nested previously and are ‘cleaning house’ so to speak,” Fox said, referring to the females’ push to deposit remaining eggs before heading out to deep water to feed on seagrasses.

However, a sprinkling of nests remain on the island and unknown, unmarked nests could still bear hatchlings.

Season continues through the last week in October, so it is important for people to adhere to regulations regarding turtle-friendly lighting by keeping lights visible from the shoreline low and shielded, said Fox.

“Season is not over until the last nest hatches,” Fox said.

For more information about sea turtles, contact Fox at suzilfox@gmail.com or 941-778-5638.