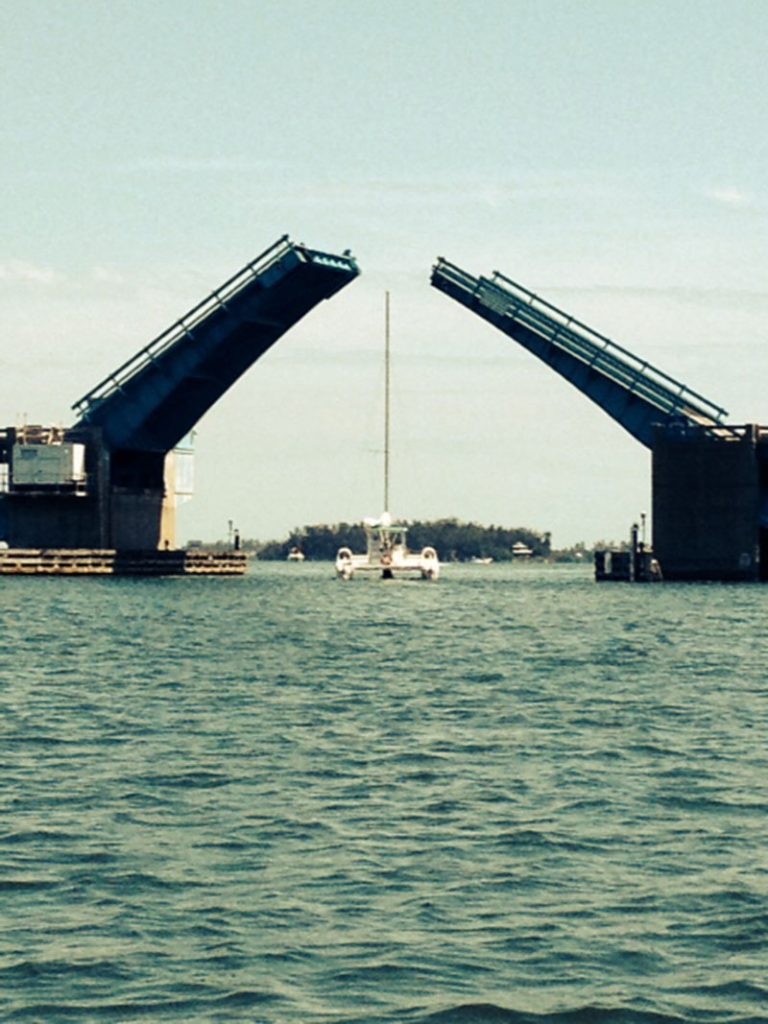 The Cortez Bridge bascule opens for a sailboat passing through on the Intracoastal Waterway. Islander File Photo

Some people say they don’t mind waiting on the bridge for boats to pass.

But if you’re among the people who loathe waiting for the drawbridge, some relief has arrived.

The U.S. Coast Guard has reduced the number of bridge openings from three times to twice an hour at the Anna Maria Island and Cortez drawbridges, as well as drawbridges at Stickney Point Road and Siesta Drive in Sarasota County.

The Cortez and Anna Maria Island drawbridges will now be limited 6 a.m.-7 p.m. daily to openings on demand from boaters at 15 and 45 minutes after the hour. Both bridges are required to open on signal from boaters from 7 p.m.-6 a.m. daily.

The order as issued by Rear Adm. Peter J. Brown of the Seventh Coast Guard District in Miami is in effect.

The MPO and the three island mayors made the request in February to reduce the number of bridge openings, saying the surge of traffic formerly associated with winter-spring tourism is now a year-round consideration.

The Florida Department of Transportation, which owns and operates the bridges, also approved the change.

“The Coast Guard is modifying the four bridge schedules to provide for the reasonable needs of navigation and those of land transportation,” according to the ruling.

The Coast Guard reported receiving 118 comments in favor of the reduction and seven against.

The bridges will open twice per hour throughout the year, according to Jennifer Zercher of the Seventh Coast Guard District Bridge Office in Miami.

“Not allowing these bridges to open at least twice an hour would place an undue burden on the marine community,” according to the Coast Guard ruling.

The timing of bridge openings means a maximum wait time of 10 minutes for vessels, according to the Coast Guard.

Public vessels — those owned and operated by the U.S. government — and tugs with tows may request an opening at any time.

Cortez Bridge on State Road 684-Cortez Road spans the Gulf Intracoastal Waterway between Cortez and Bradenton Beach. The bridge has a vertical clearance of 22 feet.