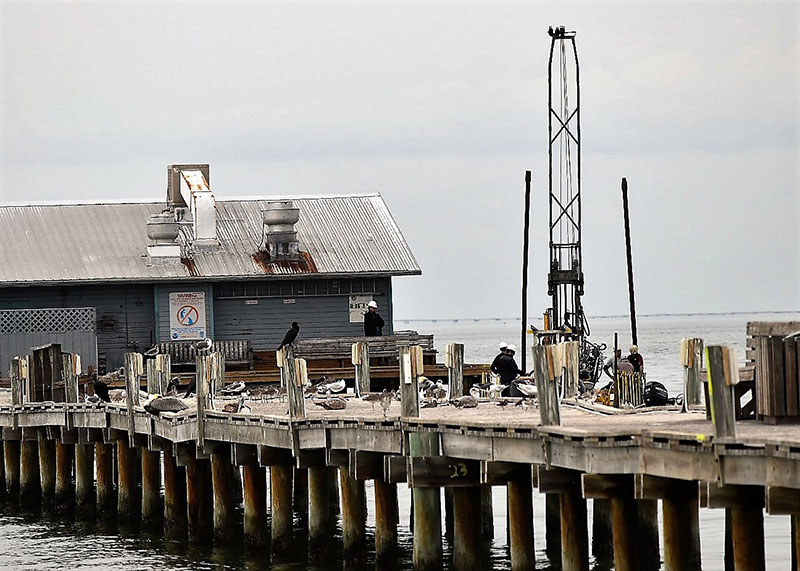 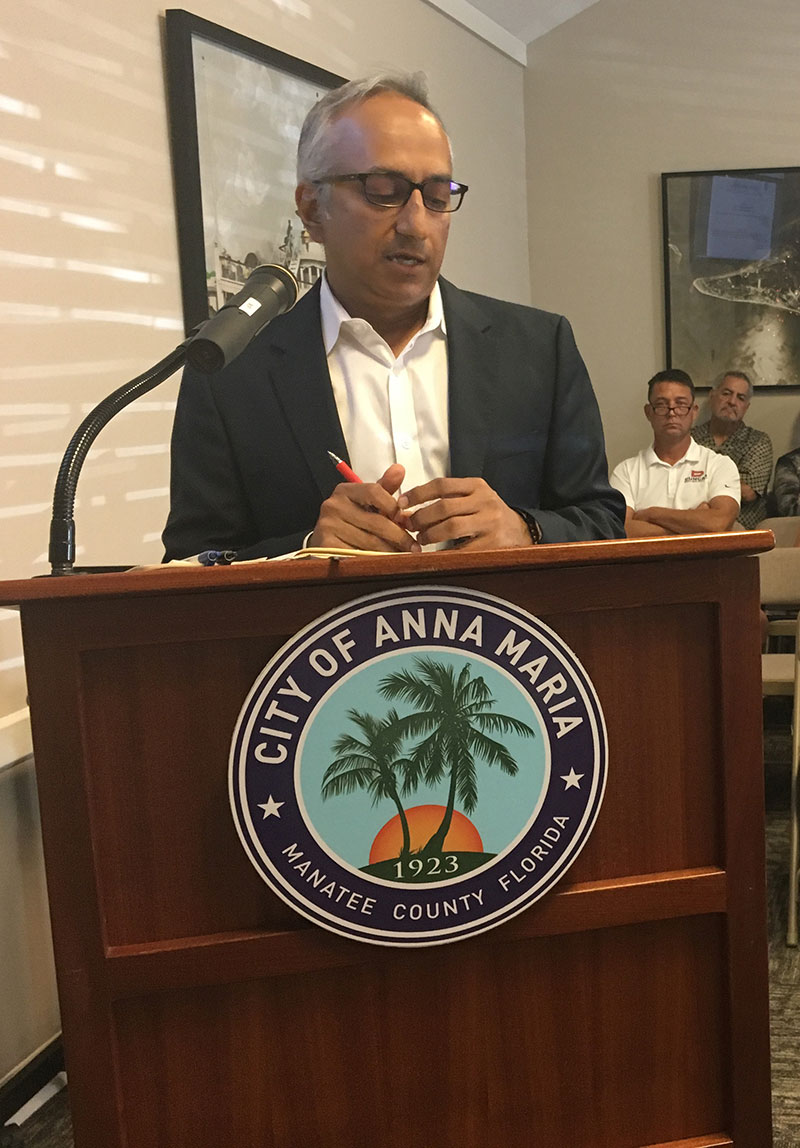 A Dec. 16, 2017, memo made public Jan. 12 from Ayres Associates, the firm contracted to engineer and rebuild the city pier, provides answers to Holmes Beach resident Nancy Deal, who posed questions about the pier project at a Dec. 4, 2017, city meeting.

At the fact-finding meeting in December, Deal presented the city commission and Ayres Associates with 18 questions regarding the firm’s methods of inspecting the pier, assessing damage and determining a course of action.

In the December memo to the city, Saxena answered Deal’s questions:

Deal asked if the pilings were driven into the sand until “refusal,” the point at which a piling can no longer be pushed any deeper.

Saxena responded that Ayres Associates retained a geotechnical engineering consultant to “provide insight as to if the piles were driven to refusal.”

Deal’s second question asked if pilings in a structure “like the pier” act in friction and tension.

Saxena wrote that “depending on the loading combination, the piles … may resist applied loads through bending, positive or negative shaft resistance due induced shear stress along the interface of the pile and the soil … and mobilized end bearing.”

Deal asked if all or some of the pilings failed.

Saxena’s response indicated that not all have “visibly failed,” but many have, adding that soil conditions and current code requirements would be evaluated to learn more.

Saxena also explained the evaluation would be done before Ayres Associates could determine if it is possible to “remediate only those piles that failed.” No videos from divers are available, Saxena wrote.

He also confirmed that both physical evidence and engineering judgment were used to create the structural report, and pilings had failed or been found “structurally deficient” above and below the water lines.

Deal asked if pilings had been pulled out.

Saxena wrote there are “indications some piles have been unseated.”

Digging into the sand had not been conducted, he said, and there are locations where damage to piles was above the waterline.

Saxena said there are no current plans to add a structure to the pier, and the pier is currently supporting the structures on it, but it is not “performing as designed” in supporting those structures.

He wrote that the load-bearing walls appeared to be “functioning adequately,” and acknowledged different permits would be needed for a repair plan compared to a replacement plan.

He reiterated that permit applications were submitted to the U.S. Army Corps of Engineers and Florida Department of Environmental Protection, a question he answered at the Dec. 4 meeting.

Saxena said that although a cost-benefit analysis had not been conducted on what materials would be used to rebuild the structure, it would be.

To Deal’s question, “Was a cost benefit analysis completed to determine the most economical plan for public safety?” Saxena responded:

“Public safety is of greatest importance and is a key criterion as to the approach being taken in the assessment of the current structure.”

He said wood was “not necessarily” the best bang for their buck, and sustainability would be considered in the design process.

The answers, which were submitted Dec. 16 but provided as public record Jan. 12, may now be out of date.

Since the memo was issued, Ayres Associates has collected soil samples that might provide answers to the question about whether the piles were driven to refusal.