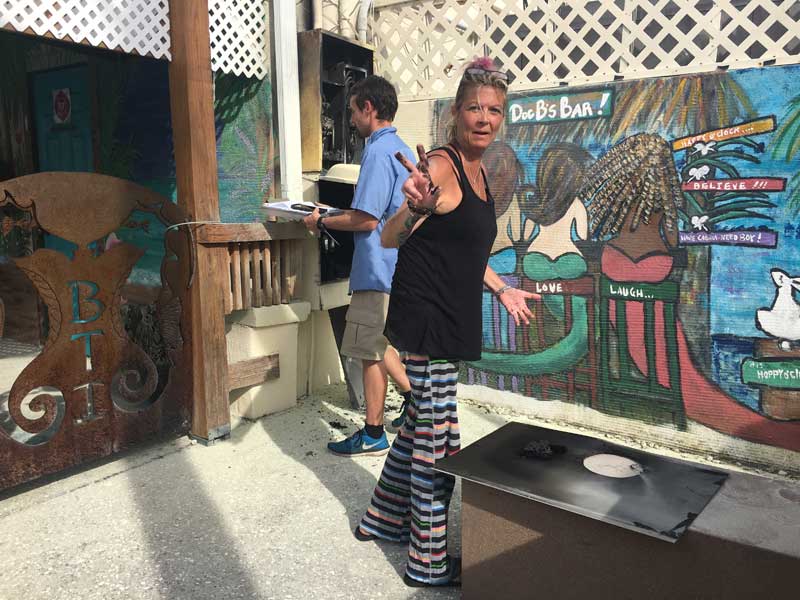 Shannon Altier, manager of the Bridge Tender Inn, holds up her fingers June 1 to show soot coming off materials melted away in an electrical fire that burned out the restaurant’s meter, temporarily closing the restaurant. Islander Photo: Bianca Benedí

The Bridge Tender Inn was closed for a few days, but it’s back in business.

Electricity was shut off to the restaurant at the corner of Bridge Street and Sarasota Bay when a transformer power surge set off an electrical fire in the meter around 4:15 p.m. June 6.

No injuries were reported.

The meter was melted and requires replacement, and “major rewiring will have to be done,” West Manatee Fire Rescue Marshal Jim Davis said.

However, Battalion Chief Rich Losek said the fire was mostly extinguished by the time firefighters arrived.
Stephanie Altier, manager, said she had been across the street when the fire started. She heard a sound like a gunshot, then two smaller pops, before smoke started coming out of the meter.