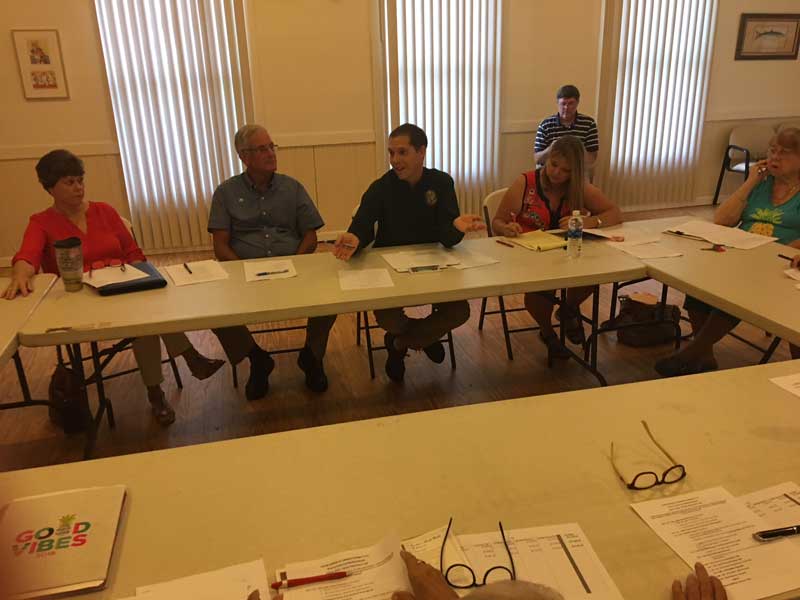 The Florida Institute for Saltwater Heritage received another much-needed injection of funding at its June 4 meeting.

Coming off a sub-par Cortez Commercial Fishing Festival fundraiser, FISH board members said they hoped to fill in the revenue shortfall by other means.

And so they did.

FISH raised $30,000 through participation in the Giving Challenge in May.

The next fiscal gain was larger. The Florida Fish and Wildlife Conservation Commission announced a gift of $116,000 to help FISH remove invasive vegetation and enhance the 95-acre preserve established by the organization to buffer the fishing village from development.

“This was the highest-scoring and most-liked of all projects statewide,” said Corey Anderson of the FWC. “It has lots of support from lots of people.”

The money will pay for clearing exotic trees and tidal channel excavation within the 95-acre FISH Preserve. Invasive Australian pine and Brazilian pepper trees will be removed from 2.4 acres and tidal channels will be excavated on approximately 1 acre.

The only catch, the money, which will be available July 1, must be spent within 12 months of receipt.

Anderson emphasized the money is not a grant. It comes from a $300,000 FWC trust fund dedicated to supporting freshwater marine projects.

The FWC is hiring, supervising and paying the contractor.

FISH is responsible for fulfilling the FWC’s scope-of-work document. FISH has secured permits from the U.S. Army Corps of Engineers and Florida Department of Environmental Protection, according to vice president Jane von Hahmann.

The funding puts FISH, the Cortez group dedicated to preserving and enhancing the commercial fishing way of life, back on track.