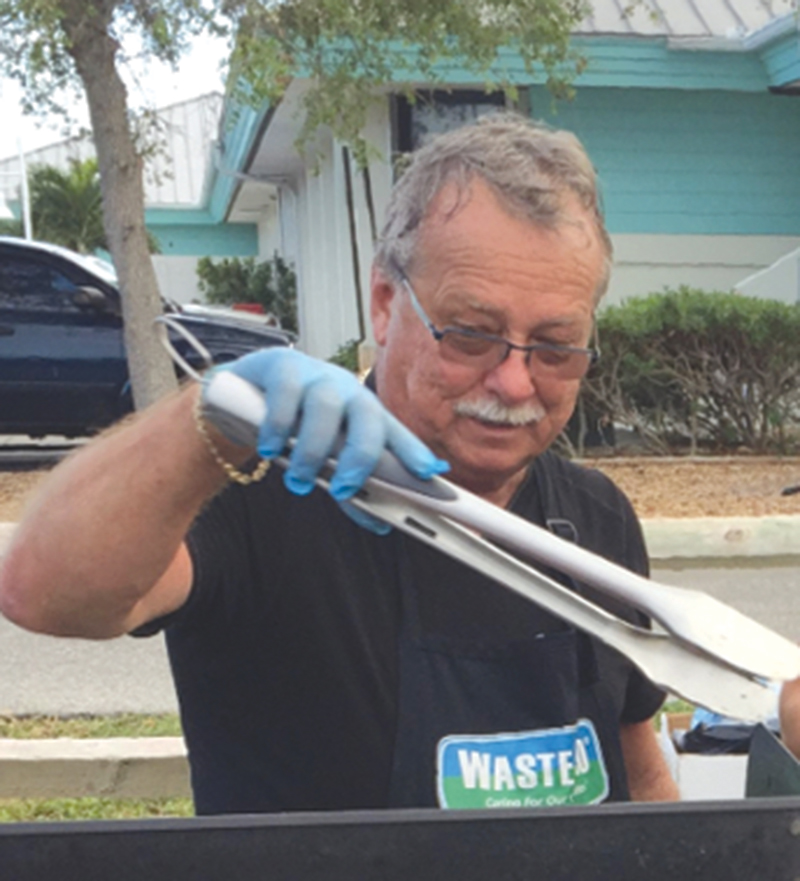 Waste-collection workers tend to be noticed only if the garbage piles up.

He used an outgoing personality seasoned with a great sense of humor to make a difference in Holmes Beach and beyond, according to Commissioner Pat Morton, who worked closely with Baublitz.

“He always tried to think positive about things,” Morton said. “His passing, it’s a really sad thing to lose a friend. It’s sad but he’s in a lot better place than he was down here. He was a good man.”

Morton announced at a May 22 Holmes Beach City Commission meeting that Baublitz had taken an early medical retirement.

A letter sent May 29 by Holmes Beach Mayor Bob Johnson reflected the high regard Baublitz inspired at city hall.

Baublitz and Morton are credited with expediting the Holmes Beach recovery from Hurricane Irma damages in September 2017.

Morton said while some took issue with the speed of debris clearance, no one could have worked harder than Baublitz on behalf of residents.

“He was top-shelf with Irma,” he said. “We all caught flak over it. But he did an excellent job. He had Holmes Beach totally in his heart on that. I know other companies wish they had a guy like him.”

“He was here for the city like it was more personal than this is just another corporate job,” Morton said. “He was always Johnny on the spot for calling me back.”

“We were the first to finish debris pickup in our region and the only company, Waste Pro, that submitted the proper documentation to FEMA securing our reimbursement,” Johnson wrote.
“We remember countless selfless deeds you have fulfilled for Holmes Beach residents and visitors,” Johnson wrote. “We thank you for the times you have sponsored city events with your fine culinary skills at the famous Waste Pro grill.”
Baublitz was a member of the Anna Maria Island Moose Lodge No. 2188 and Crime Stoppers. His hobbies included golf and grilling for family and friends.

“Bobby, you have made our city a better place to live and play,” concludes Johnson’s letter. “ You are honored and respected for all you have given us.”

Memorial donations may be made to Tidewell Hospice Inc. 5955 Rand Blvd., Sarasota FL 34238. Online condolences may be made at brownandsonsfuneral.com.