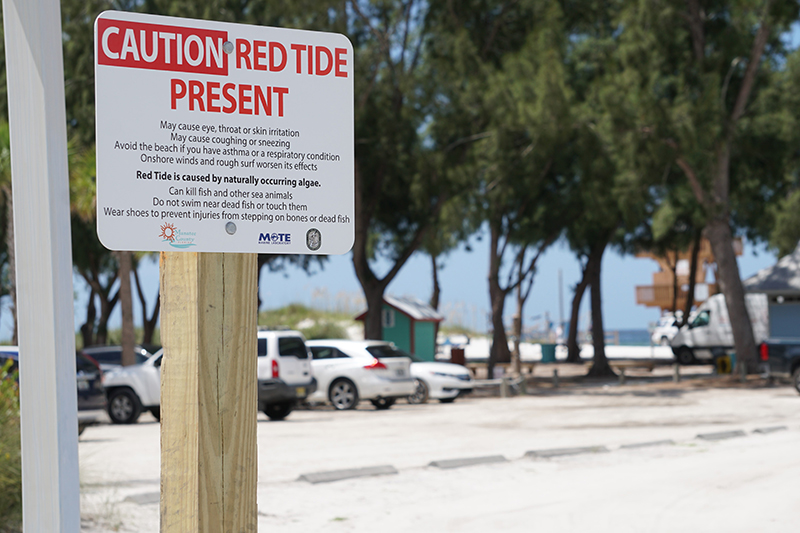 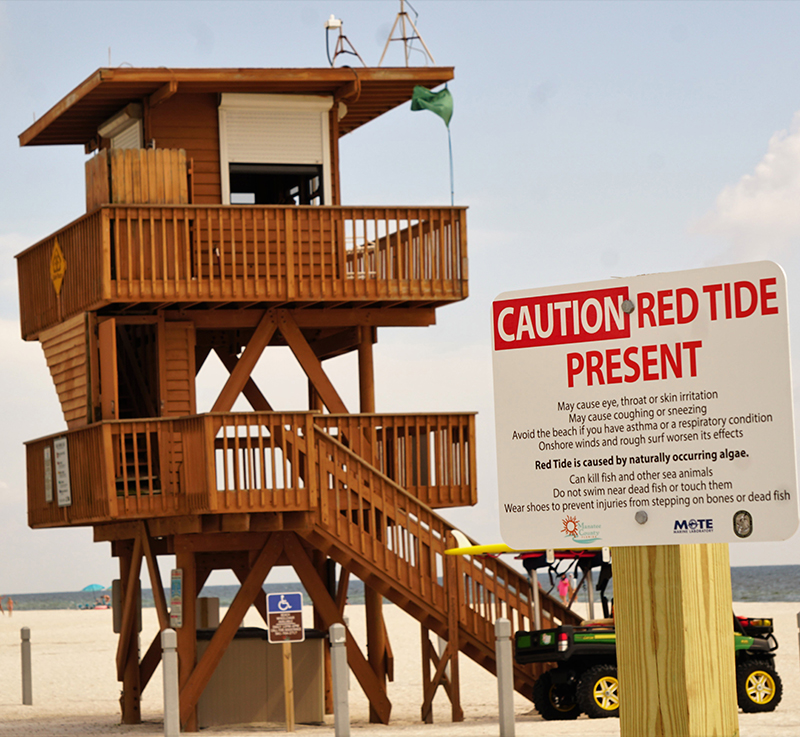 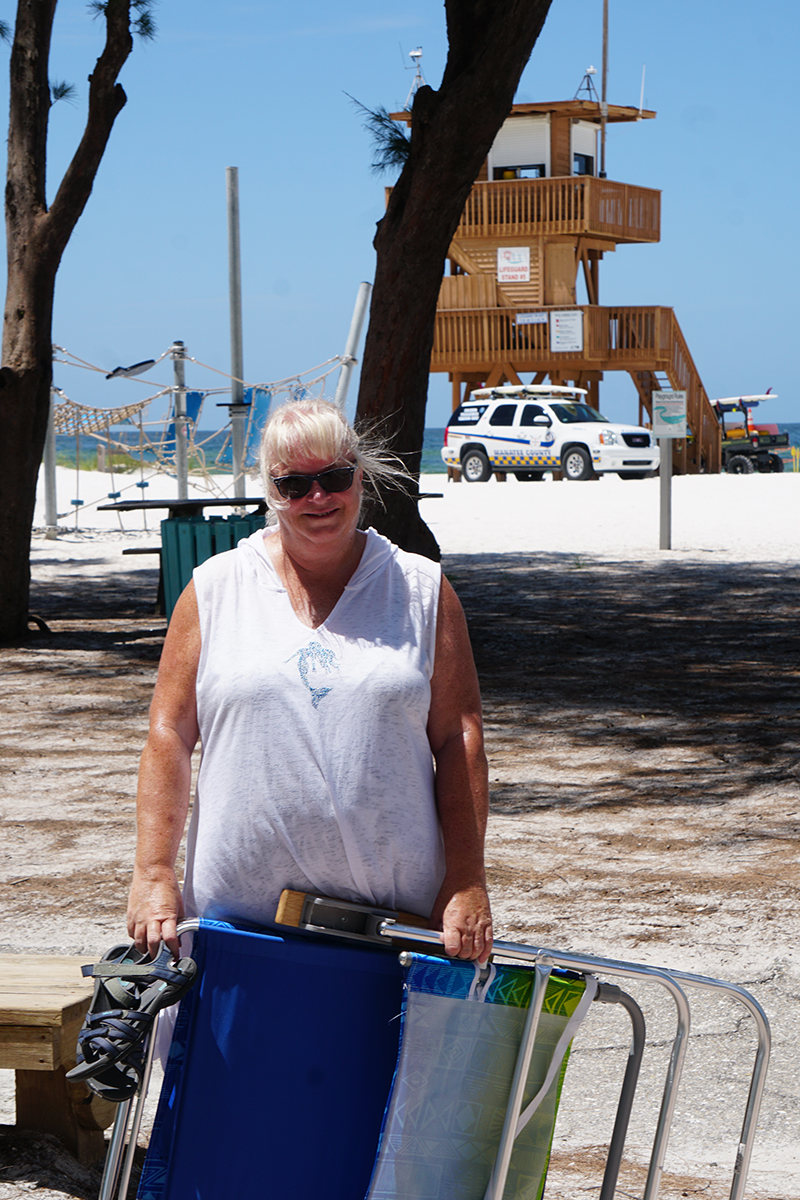 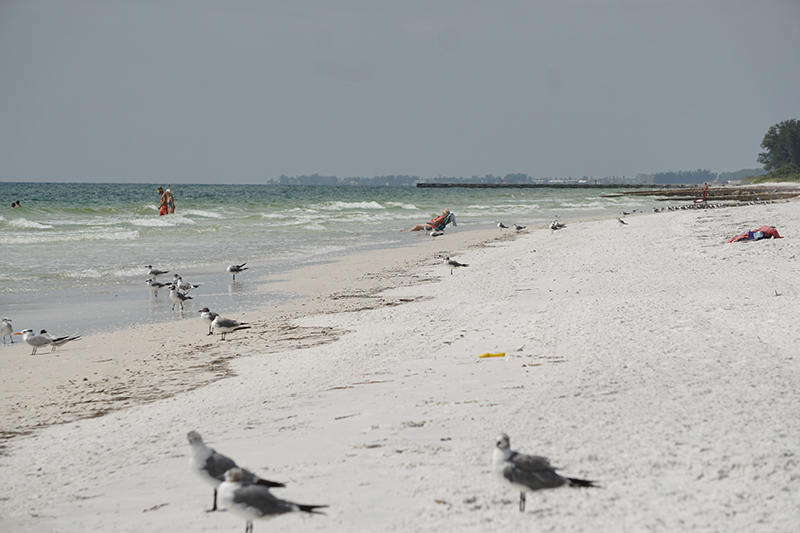 A spattering of birds, sunbathers and swimmers took to the Gulf of Mexico Aug. 14 at Coquina Beach in Bradenton Beach, where the presence of dead sea life was low, but the affects of red tide were noticeable in the sea spray. Islander Photos: Kathy Prucnell

A smattering of people were at Anna Maria Island beaches Aug. 14 even as red tide took its toll for a second week, killing fish, horseshoe crabs and other marine life.

Some people sat in the sun. Some examined what washed up on shore. Some braved the water.

Signs warning people not to swim near or touch dead fish were posted near the lifeguard tower at Manatee Public Beach in Holmes Beach and at the entrance of Coquina Beach in Bradenton Beach.

“It could be you’re swimming in a very high concentration of red tide,” said Tom Iovino, communications director, Florida Department of Health in Manatee County.

Joe Westerman, chief of the Manatee County Marine Rescue, which includes 16 lifeguards who keep watch over Anna Maria Island’s public beaches, said county crews were cleaning the beaches daily “to keep up with the fish coming in.”

He said the beach flag system reflects the surf conditions, except for the “double red” flag, which signals the beach is closed due to hazardous conditions.

Westerman agreed, saying red tide is usually worse where the crabs lie at the bottom of the water column.

About three years ago, Westerman said the last instance of a large bloom of Karenia brevis algae didn’t leave the daily quantity of dead fish he’d seen in the past two weeks.

As far as the effect on beachgoers, he said, “It’s a hazard if you have asthma. But we’re told it’s not going to hurt most people. It’s going to have some stink. And you can expect a light cough.”

People with respiratory diseases are cautioned to avoid the beach during red tide.

The neurotoxin that kills fish when K. Brevis blooms also is released in the sea spray with the breaking waves. It stays near ground level and the stink from dead fish lingers in the onshore breeze.

But unlike the birds and other fish, Westerman added, “We’re not eating the fish.”