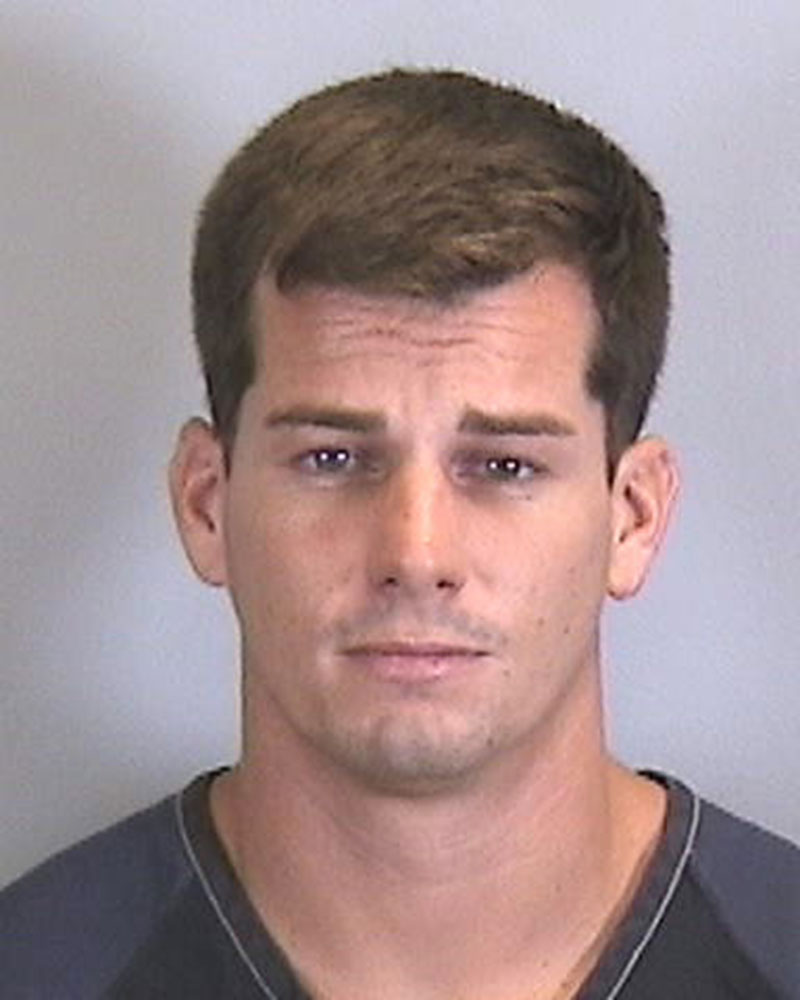 Pawned jewelry and a probation violation has landed a Cortez man in jail.

Mark Forrest Goodwin, 26, was arrested Aug. 24 by the Manatee County Sheriff’s Office on warrants for pawning jewelry that investigators connected to a May 29 theft.

Goodwin also was arrested for violating his 2017 probation — ordered in a December 2016 case involving a high-speed chase in Bradenton Beach that ended in a crash at the S-curve in the 2000 block of Gulf Drive. His probation was extended in January after he was arrested for driving with his license suspended and attaching an unassigned license plate to a vehicle.

The August arrest came after a St. Petersburg police detective linked Goodwin’s fingerprints to a case of a woman who reported missing jewelry to the St. Petersburg Police Department after movers helped her relocate there in May. She valued the jewelry at $36,500.

The detective located a wedding band, bracelet and seven other items belonging to the woman at America’s Super Pawn, 5137 14th St. W., Bradenton, and transferred the case to a MCSO detective, who made the arrest.

Goodwin is accused of pawning the jewelry woman for $2,500 in May and June.

After his arrest, Goodwin was transported to the Manatee County jail and assigned $45,000 in bonds. He remained in custody Aug. 30.