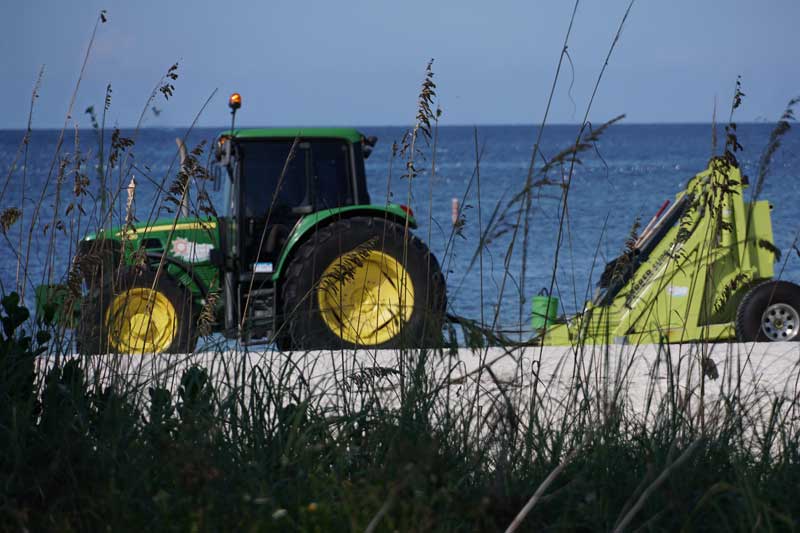 And, during the week ending Sept. 30, signs indicated coastal waters were returning to normal.

The evening of Sept. 27, mullet jumped rambunctiously in the boat basin at Keyes Marina in Holmes Beach and nearby birds dived for dinner at sunset.

The water surrounding Anna Maria Island lightened up — closer to brilliant blue than the brackish-brown noticeable with red tide’s arrival in early August.

Florida Fish and Wildlife Conservation Commission reports from midweek Sept. 26 contained some good news: Concentrations remained medium to high at 100,000 to 1 million parts per liter of the brevatoxin along parts of the Manatee County coastline, but surveys in northern Manatee, near the mouth of Tampa Bay, saw a very low concentration for the first time in two months.

Officials and residents remained proactive in the battle with red tide, adding funds to research and uniting in business-based groups to overcome issues prompted by the harmful algae bloom.

The FWC extended a catch-and-release measure for snook and redfish to include Manatee, Hillsborough, Pinellas and Pasco counties through May 10, 2019. The original catch-and-release order, instituted Aug. 30, was more limited geographically and was to expire Oct. 12.

A series of initiatives aimed at luring visitors to island beaches — and keeping local business owners afloat — launched Sept. 27, when the Bradenton Area Convention and Visitors Bureau announced the “30 Day Deals” in October.

“We truly believe that you can now enjoy our unique coastal restaurants, shops and attractions without experiencing the effects of red tide,” BACVB executive director Elliott Falcione said in news release.

Information on participating businesses and specials is at bradentongulfislands.com/restaurantmonth.

The BACVB also is planning other marketing campaigns while the business community continues independent efforts to boost the economy.

More than a dozen business owners from Bradenton Beach gathered Sept. 27 at the Bridge Street Bistro to discuss their way through red tide issues.

Also, checks changed hands the last week of September, as more money was pledged for red tide-related research and recovery.

The Bank of America Charitable Foundation announced Sept. 27 it would provide $25,000 to support recovery efforts on Florida’s Southwest coast.

That money included $15,000 to Mote Marine Laboratory in Sarasota to support mitigation efforts in the red tide fight.

Mote announced programs underway Sept. 24 at the research facility and possible time frames for new efforts to the Gulf of Mexico.

Charlie Hunsicker, whose Manatee County Parks and Natural Resources Department has been front and center in the red tide crisis, perhaps said it best in August, near the beginning of the bloom locally.

“This is not a sprint, it’s a marathon,” Hunsicker said of dealing with the HAB.

One thought on “Slight clearing brings some red tide improvement”