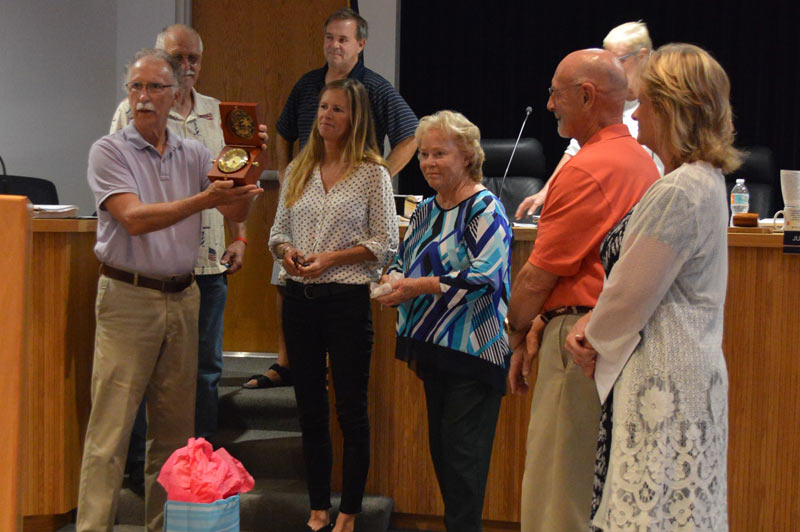 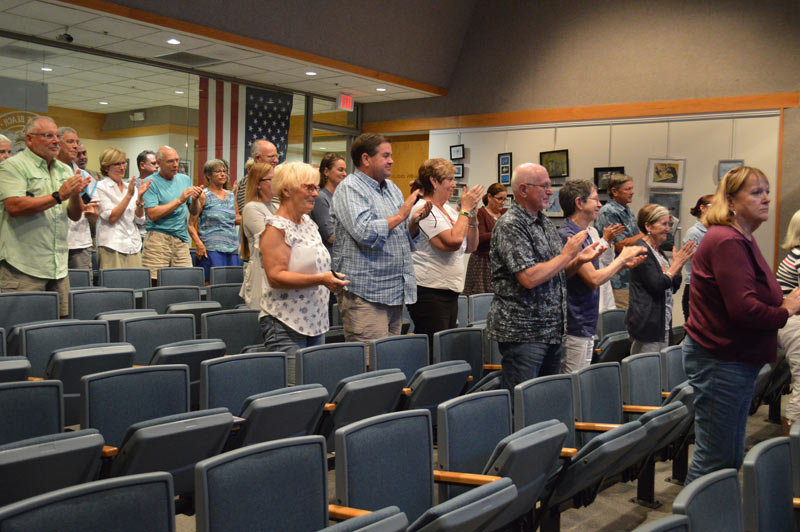 A gallery of about 40 people gives a standing ovation Nov. 13 in appreciation of Bob Johnson, during his last meeting as Holmes Beach mayor. 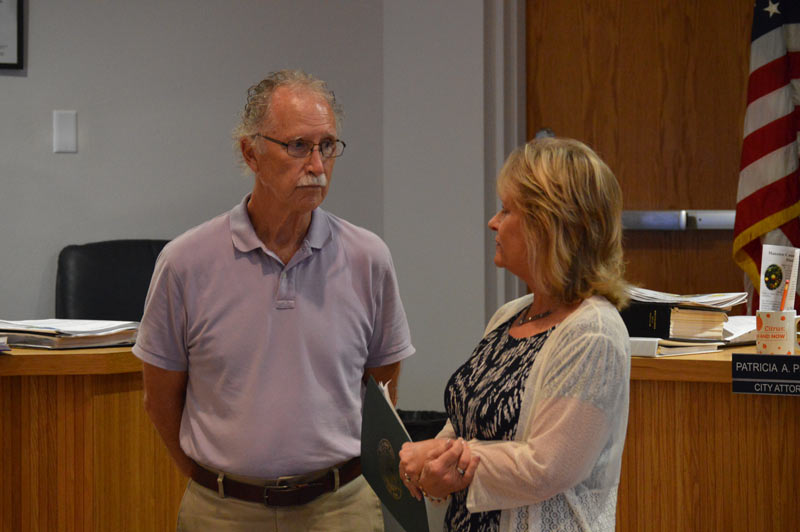 Holmes Beach city clerk Stacey Johnston thanks outgoing Mayor Bob Johnson Nov. 13 for his years of service to the city during a meeting at city hall, 5801 Marina Drive. 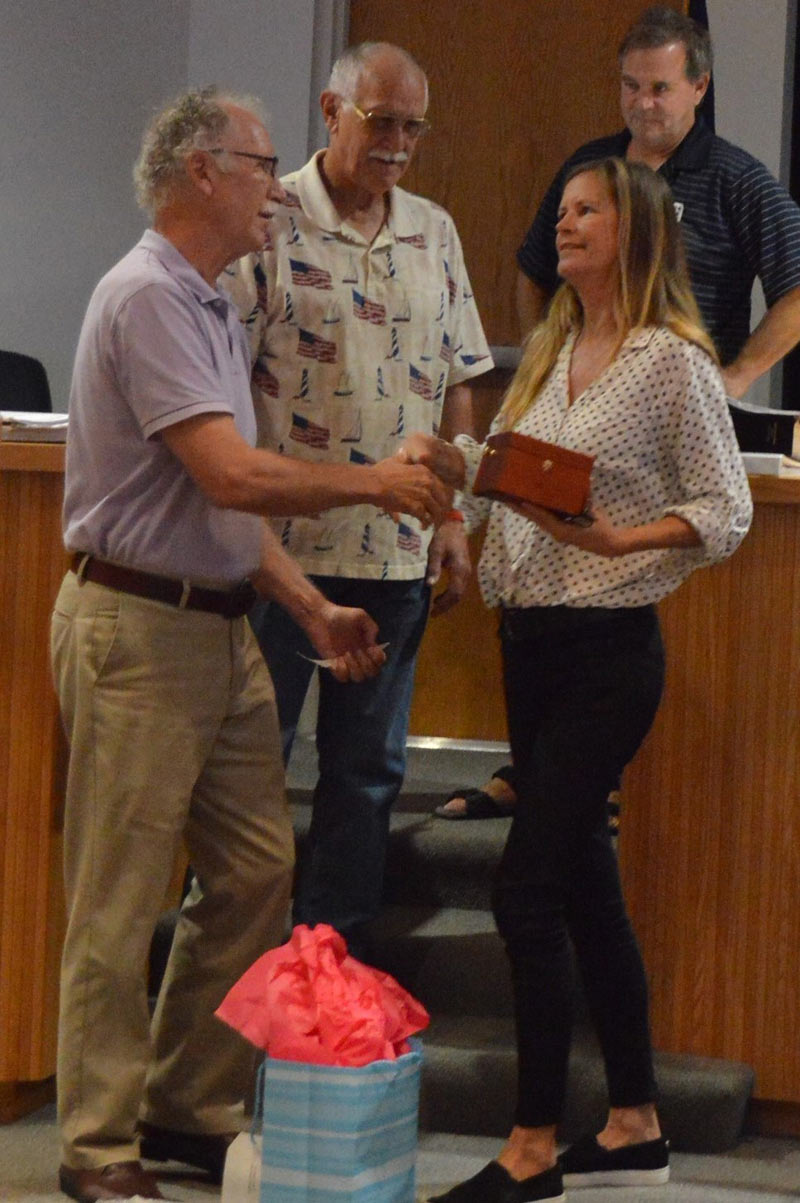 Johnson finished his second term and bid farewell to city officials and staff at the meeting.

Johnson first served the city as a member of the island congestion committee in 2013 and was elected later that year to serve on the charter review commission, which he chaired.

The charter was updated in November 2014, with 18 amendments approved by the electorate.

At the Nov. 13 meeting, city clerk Stacey Johnston highlighted some of Johnson’s accomplishments during his four years as mayor.

She said Johnson built up the city’s reserves and “worked extremely hard on getting our budget and our millage rates to what the city needs.”

Additionally, Johnston listed oversight in 2017 of the development of the Waterline Marine Resort and Beach Club among Johnson’s accomplishments.

“That’s one of the biggest projects that this city has seen in the last 10 years,” she said.

She presented Johnson with a gift on behalf of the city staff, officials and residents — a brass clock in a wooden box engraved with the city seal.

Johnson thanked the staff and commissioners for their service while he was mayor and the citizens for giving him the opportunity to serve.

“That is the key,” Johnson said. “If we can listen, seek to understand, identify the issues, analyze and figure out what is the best solution for all of us, we make progress.”

The gallery of about 40 people at city hall gave Johnson a standing ovation.

The commissioners rose, one by one to shake Johnson’s hand and thank him.

“I just think that this is a great city. I think it’s going the right way,” Johnson said. “I think it will continue to go the right way as long as we continue with the work to be done.”