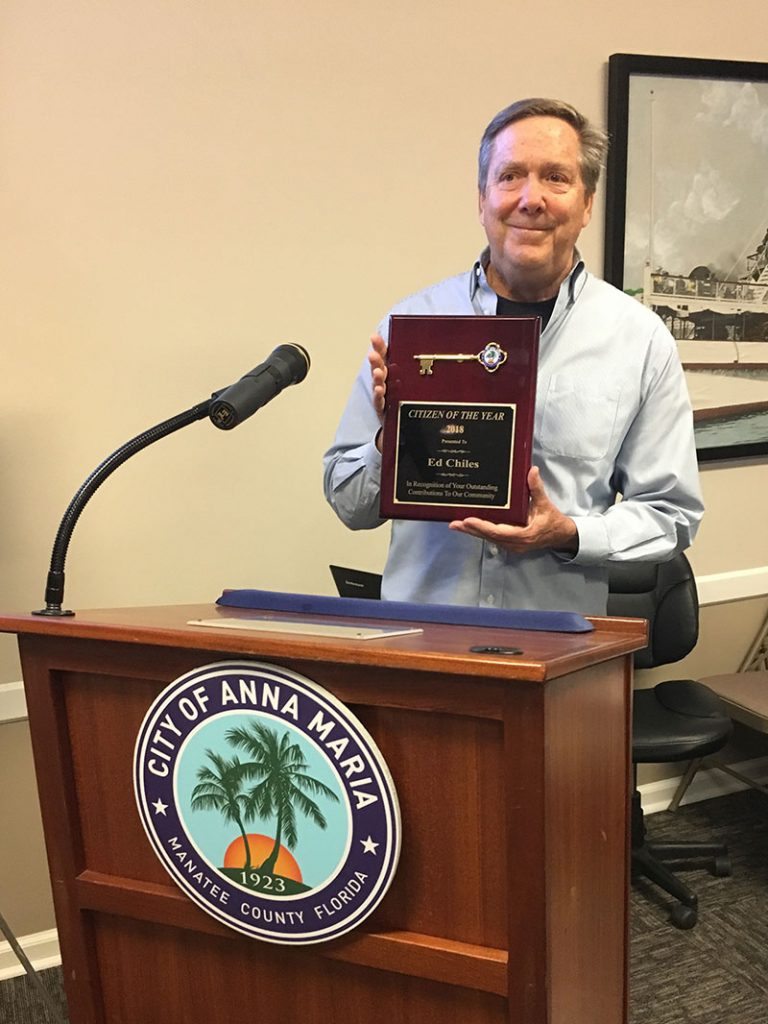 Those gathered in the chambers at city hall were brimming with excitement as Anna Maria resident and businessman Ed Chiles was named the city’s 2018 Citizen of the Year.

The chamber seats were filled when Vice Mayor Brian Seymour presented the award Jan. 24 to Chiles. Mayor Dan Murphy was on vacation.

Chiles was chosen for the honor by a committee of three — Mary Louise Seine, Pat Copeland and Margaret Jenkins — for his willingness to help others and his involvement in the city.

Chiles teared up during his acceptance.

“I’m tickled pink to have this,” he said. “I have the privilege of never remembering not being in Anna Maria. I came here in utero first, when my mom was pregnant.… When I grew up, we were in Lakeland, and when it was time to pick a place to live, I got lucky enough to get in the restaurant business here and raise a family here.”

Chiles is the son of late Gov. Lawton Chiles, who also served as a U.S. senator, and the late Florida first lady Rhea Chiles, who led the creation of the Florida House on Capitol Hill, the only “state embassy” in Washington, D.C.

After graduating from the University of Florida, Ed Chiles began his career as a restaurateur on Anna Maria Island, where his family vacationed his entire life.

Nominees for the award included the mayor’s wife, Barbara Murphy, as well as Cindy Richmond and John Chambers, according to Seymour.