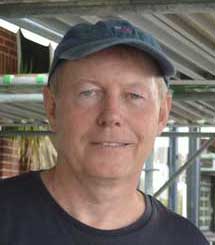 “After my first year as commissioner, I regret to say that Bradenton Beach is still divided,” Commissioner Randy White said in a Dec. 26 interview.

“To bring the city together in 2019, the commission needs to heed the wants and needs of the residents with the same concern and attention they give to merchant and commercial interests. If we could do this and make residents feel that city hall cares, there would be no need for voters to petition and undertake ballot initiatives, which is their constitutional alternative to a city hall that doesn’t listen.”

While White looks forward to unity, Commissioner Marilyn Maro believes it has been accomplished.

“I want to keep our community united,” Maro said Dec. 27. “I see our commission, with Mayor John Chappie at the helm, moving forward with all of our projects. Together we stand, and we will keep standing for the people of Bradenton Beach.”

Maro said the city will improve in 2019.

“All the people will see a better Bradenton Beach and see us protect our quality of life,” she said. “This is a promise, not just a wish. The people stood behind us in the election and we’ll stand up for all of you in the future.”

Commissioner Jake Spooner, in an interview Dec. 27, said he hopes the “positive environment at city hall continues through the next year.”

Commissioner Ralph Cole, when asked for wishes and resolutions, said, “I don’t make any of those. That way I can’t let myself down.”

His priority is to complete a living seashore project, which will begin by seeding an area of the bay near the Historic Bridge Street Pier with clams.

“We got a good start on it and I definitely want to make sure we see it through,” Cole said in an interview Dec. 27. “I think everybody agrees that it’s a good thing to do. Every little bit will help with red tide and cleaning up the water, so I think we should do it.”

Cole said he hopes to see the city also place reef balls in the water to create habitat for small fish, and then look into bolstering the oyster population.

Mayor John Chappie did not comment to The Islander by press time.