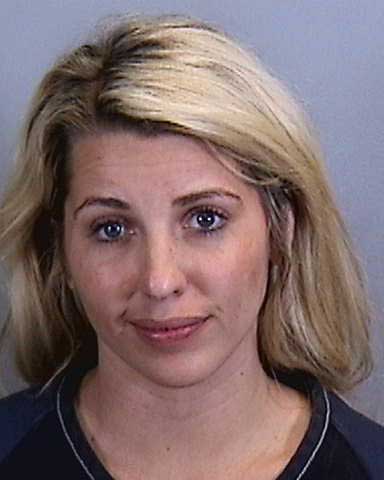 A Bradenton woman fishtailed, spun and crashed into two street signs while driving a 2016 Lamborghini on Manatee Avenue in Holmes Beach.

The driver, Kiri Stewart, 30, and her passenger, island businessman Shawn Kaleta, exited the vehicle uninjured, according to a Holmes Beach police report.

From a parking lot at 4000 Gulf Drive, HB police officer witnessed the Lamborghini travel south on Gulf Drive and take a wide, left turn onto Manatee Avenue at a high rate of speed.

According to his report, the motorist accelerated aggressively, swerving off and back on the road, nearly hitting another eastbound vehicle from behind. The Lamborghini braked, passed the vehicle on its right, spun 180 degrees and struck two signs.

HB police officer approached the vehicle, determined there were no injuries and observed the passenger exit the vehicle, ignoring requests to remain in the car.

Kaleta said, “You don’t have to do this,” according to the report.

Several times HB Police Officer told Kaleta to step away and not to interfere with his investigation.

Stewart performed poorly on the roadside tests and was taken to the Holmes Beach police station, where she refused to take a blood-alcohol breath test.

At the station, Stewart told the officers, “Shawn said we have a get out of jail free card. I guess we don’t.”

West Manatee Fire Rescue was called to the scene due to smoke and odor from the vehicle, and disabled the Lamborghini power system.

The Florida Highway Patrol also responded, reported the crash was due to “inattentive,” careless operation, exceeding the posted speed, running off the road and over-correction.

Stewart was transported to the Manatee County jail, where she posted a $500 bond and was released.