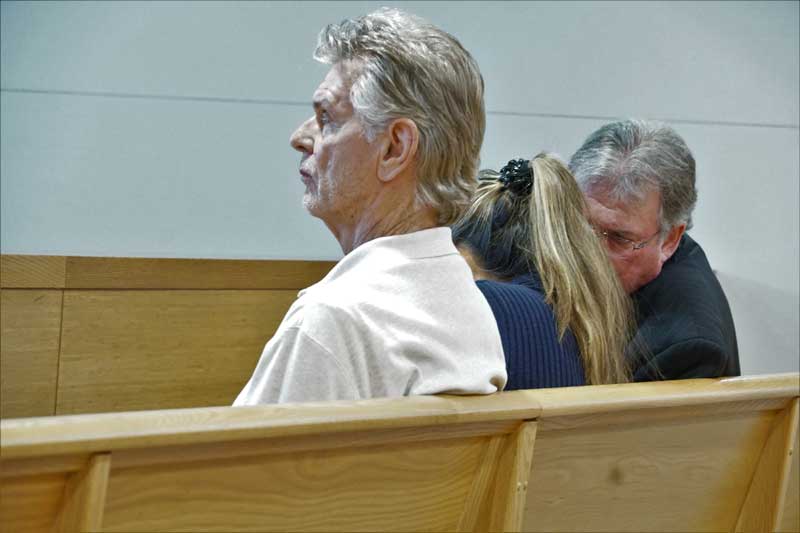 That was Holmes Beach Mayor Judy Titsworth’s reaction as she stepped out of the Jan. 8 court hearing on the treehouse that ended with another court date set for March 5.

This time the treehouse came before 12th Circuit Judge Edward Nicholas in a case filed by the city to enforce a May 2016 magistrate decision requiring the structure’s removal and $50 daily fines against owners Richard Hazen and Lynn Tran that have accumulated to more than $65,000.

Two motions were heard by Nicholas — Holmes Beach’s motion to default the treehouse owners for failing to initially answer the city petition and the owners’ motion to abate the enforcement case.

Jim Dye of Dye, Harrison, Kirkland, Petruff, Pratt & St. Paul, attorney for the city, recounted the past five years of treehouse litigation for Nicholas, contending most issues have been decided.

Dye asked the judge to “leap over discovery,” enter an order of default and go to a hearing.

But the treehouse owners’ attorney disagreed.

“Quite frankly, we haven’t had our day in court,” attorney David Levin told the judge.

Levin, of Icard Merrill of Sarasota, contended the court hadn’t ruled directly on the constitutionality of a 50-foot setback, the basis for the city’s objection to the structure. He urged Nicholas to postpone the hearing until a separate case seeking a declaratory judgment on the validity of the setback is decided.

The dispute between the owners and city is entering its eighth year.

An anonymous tip alerted the city in 2011 about the construction of the two-story structure in a towering Australian tree on the beach.

Tran and Hazen built the structure without city and state permits at their residence at 103 29th St., where they operate Angelinos, a four-unit short-term rental.

Levin told the judge Jan. 7, “My clients actually went to the city of Holmes Beach building department before they commenced their construction. They mentioned they wanted to build a treehouse in a tree in their backyard.”

As it was on private property, Levin said, the building department advised no permits were required …until the construction was almost complete and the city initiated a code enforcement action.

That argument, as well as challenges to the constitutionality of the setback, were lost by the owners in another treehouse case that was litigated to final appeal.

In 2013, the owners challenged the city code board decision, which was upheld in September 2014 in a 28-page opinion by 12th Circuit Judge Janette Dunnigan.

Dye tendered the Dunnigan opinion and other prior court decisions to Nicholas in the courtroom.

After hearing arguments by Dye and Levin, Nicholas ruled the city’s default motion “moot,” due to a recently filed response from Levin.

The judge denied the owners’ motion to abate “without prejudice,” meaning the decision could be revisited, and set a 9 a.m. Tuesday, March 5, case management conference to consider discovery and to resolve the owners’ 2013 setback case.

In addition to the city enforcement case and the owners’ petition to declare the setback unconstitutional, the owners filed — without an attorney — to stop the city from destroying the treehouse and halt the accumulation of daily fines.

The owners’ filed for a temporary injunction in mid-December 2018, naming the city and the Florida Department of Environmental Protection as respondents.

In 2012, the owners sought an after-the-fact permit for the treehouse construction, but the city refused to sign off on a letter of no objection to the DEP and DEP denied a permit in January 2014.

Other litigation included the owners’ bid to put the fate of the treehouse on a citywide ballot.

After losing that case in circuit court, the owners appealed to Florida’s 2nd District Court of Appeal and the U.S. Supreme Court, both of which declined to review their petition.

Numerous other appeals have resulted in courts siding with the city.

The March 5 conference will be at the Manatee County Judicial Center, 1051 Manatee Ave. W., Bradenton.