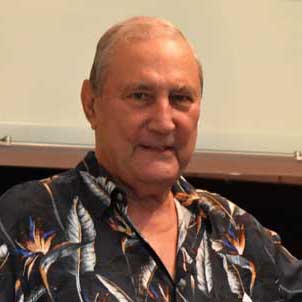 Construction of a new Anna Maria City Pier is a shared wish among city officials in 2019.

Work on the pier walkway and T-end will begin in January and end before Dec. 31.

“I hope that there are no storms, no delays and that everything goes as scheduled on the pier, so we can reach a successful completion close to the end of this new year,” Mayor Dan Murphy said in an interview Dec. 27.

“One of my highest priorities is getting that city pier opened back up ASAP,” Commissioner Dale Woodland said in an interview Dec. 26. “It’s not a benefit to me personally, but it’s probably one of the most popular places in the county. It’s a historic place, and I don’t know if it will be historic anymore, but I want to see it rebuilt as soon as possible.”

Commissioner Carol Carter, in an interview Dec. 26, said she hopes people are pleased with the city’s progress and the process for the new pier.

Beyond the pier, city officials discussed a variety of other hopes for 2019.

Murphy also hopes for the completion of a stormwater plan to deal with hotspots with poor drainage.

“Drainage is critical to this island, and it’s one of those things that we just have to continually concentrate on and adjust to because hotspots change as we move along,” Murphy said.

He said the city of Sandy Springs maintains a low tax rate by employing only eight people and “farming out” work to the private sector through requests for proposals.

“I think it’s just too far outside the realm of the average individual to even understand public-private partnerships and how they work, but that’s not going to keep me from doing everything I can to at least get a discussion.”

Woodland also wants the city to livestream public meetings, making them more accessible, and for people viewing the streams to have the ability to interact with commissioners as if they were in the audience.

“I see nothing but benefits from that, as long as you are interested with hearing from the public, which I am,” Woodland said. “I think that’s important.”

“The biggest thing that I’d love for the new year as a wish is that the city keeps home rule,” Commissioner Amy Tripp said in an interview Dec. 26.

She also hopes the city will expand the multiuse path. The first segment, stretching from Archer Way to Willow Avenue, was completed in October 2018.

Tripp was the first on the commission to advocate for the path and cut the ribbon at the opening.

“I wish that we would have more people who come to love our island and want to live here as permanent residents,” Commissioner Carol Carter said of her wishes.

“We are looking to acquire, by gift or some group of benefactors to purchase, a historic bungalow property on the island that would be 50-years-old or older,” Carter said.

She continued, “We, as a nonprofit organization, would manage that as an annual rental because the annual rentals have decreased on the island as people that own properties want to rent them out want them as vacation rentals, because, of course, vacations rentals are much more lucrative.”

Commissioner Doug Copeland said he does not make resolutions or new year wishes.

Commissioner Brian Seymour did not comment by The Islander’s deadline.