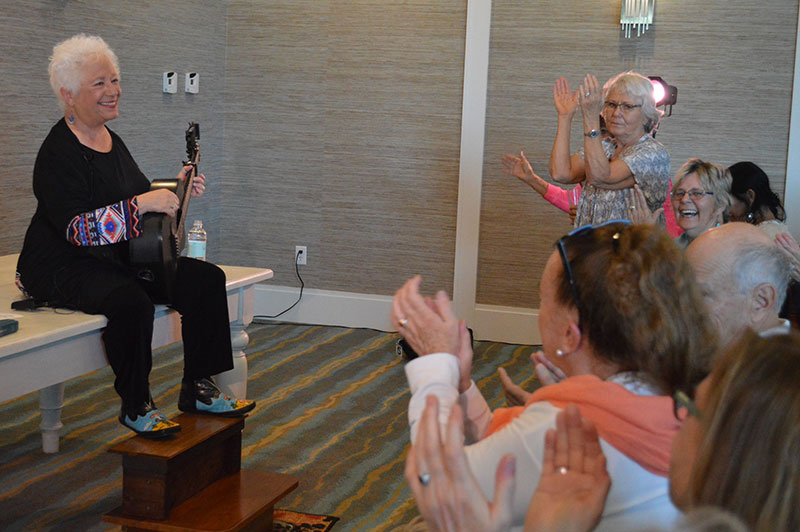 Audience members applaud Jan. 31 for singer-songwriter Janis Ian, following her performance of her song, “At Seventeen,” for which she received the 1976 Grammy award for best female pop vocal performance. Ian lectured and performed several songs as part of the Friends of the Island Library 2019 Lecture and Travel Series. Islander Photos: ChrisAnn Silver Esformes 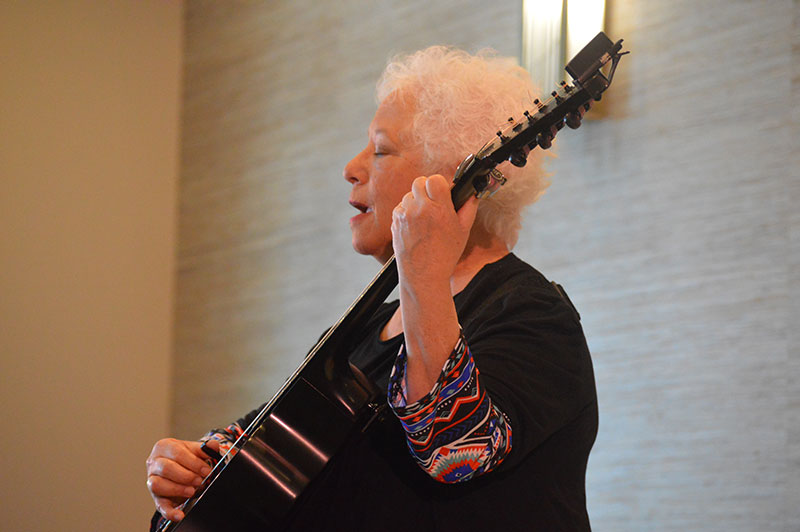 Singer-songwriter Janis Ian holds a note Jan. 31 during her lecture and performance at the Waterline Marina Resort & Beach Club, 5325 Marina Drive, Holmes Beach, as part of the 2019 Friends of the Library Lecture Series. 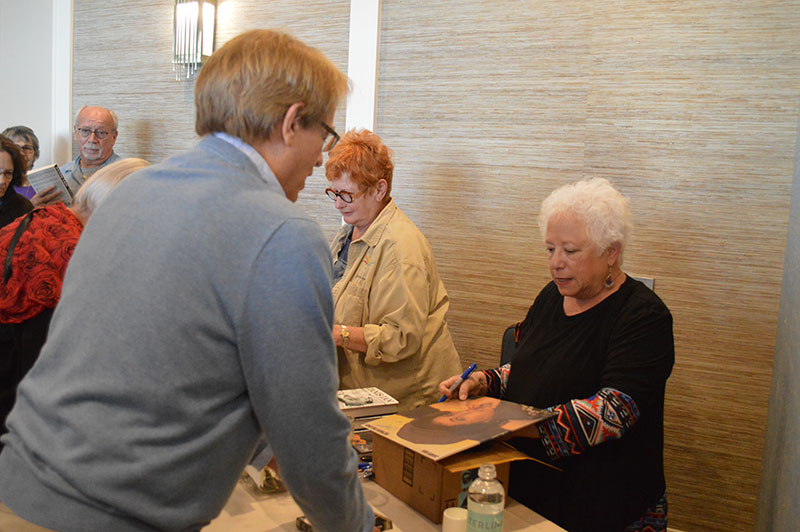