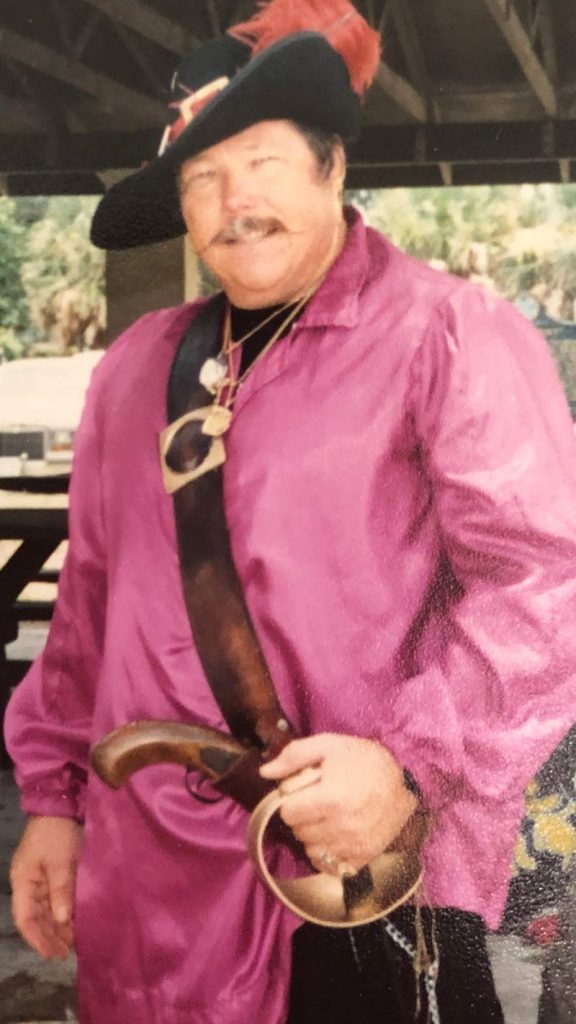 Robert “Pirate Bob”Boyd, a longtime active member and honorary member for life of the Anna Maria Island Privateers, died April 20. A service is planned May 11 at Roser Memorial Community Church.

He attended Anna Maria Elementary before his family moved to Ohio.

He enlisted in the U.S. Army and spent time in Germany, where he acquired a taste for wine.

He became a hairstylist and owned and operated Bob’s Hair & Co. in Anna Maria for 20 years. After he sold his business, he went to work with Hair Dimensions in Bradenton, where he worked every day.

He was an active member of the Anna Maria Island Privateers since 1976, known as “Pirate Bob” and serving as the captain, vice president and president and later named an honorary member.

He had the kindest, gentlest heart and will be missed.