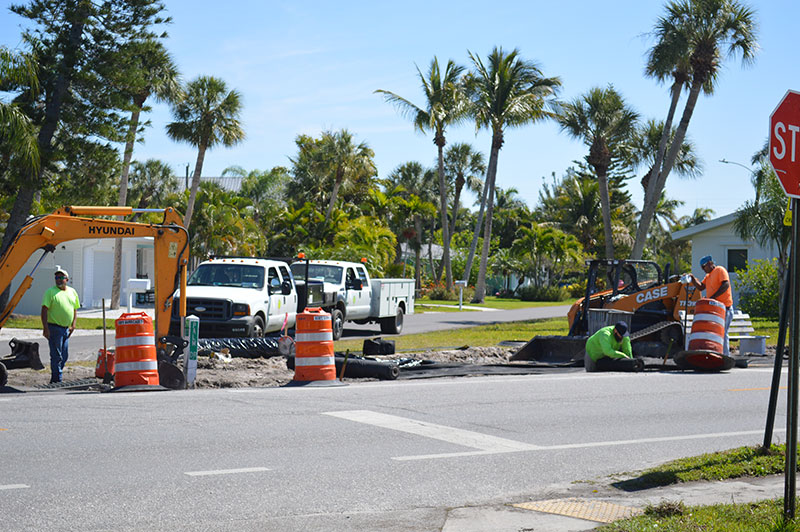 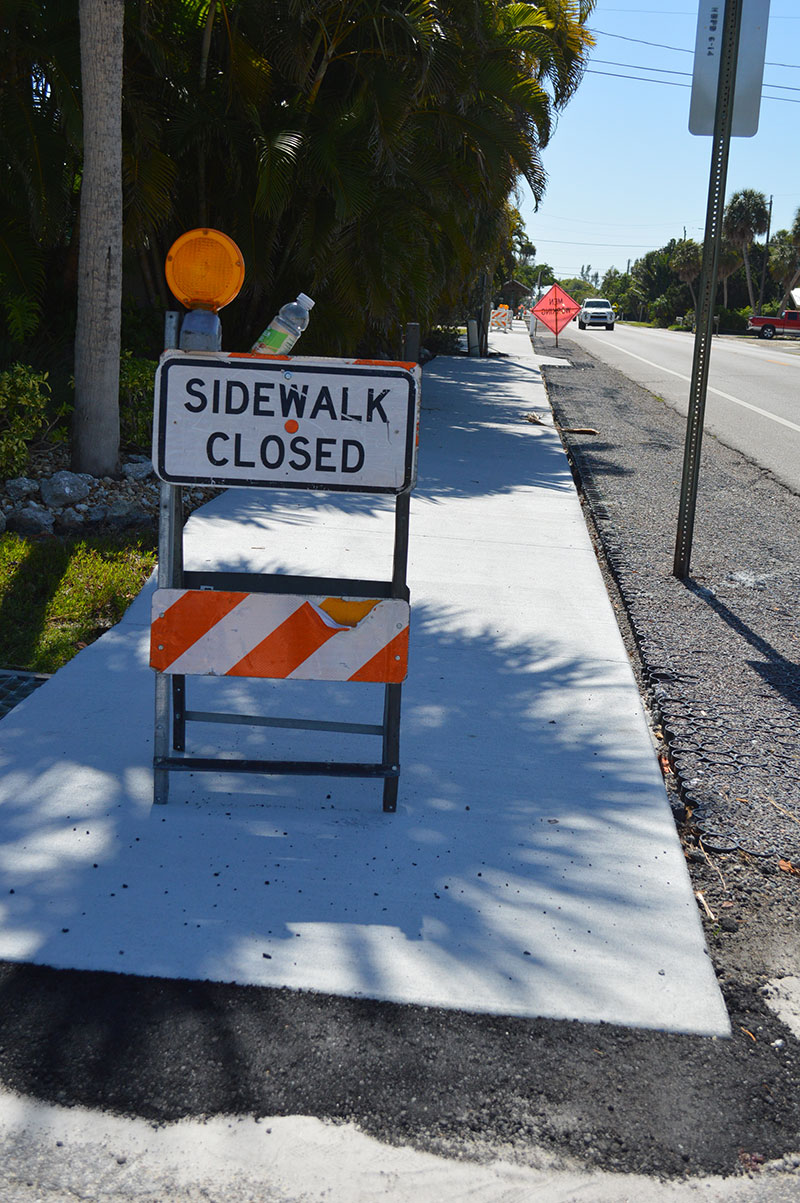 A recently completed portion of the multiuse path extends south April 3 from 70th Street on Marina Drive in Holmes Beach.

People are wondering why a major road in Holmes Beach is under construction during the spring tourist season.

“The way I look at it, it is what it is,” Mayor Judy Titsworth said in an April 3 interview with The Islander. “We’re stuck in congestion all over the city right now, and I don’t see it as an issue.”

In August 2018, the city commission approved plans for a 6-foot, paved multiuse path on Palm Drive from 66th Street to the 8600 block of Gulf Drive, city engineer Lynn Burnett said the city might piggyback the construction contract for Manatee County’s force main that was installed along Palm Drive.

Under Burnett’s direction in late 2018 the commission voted to append the county contract and saved $75,000 on path construction costs, according to Titsworth.

“It was because we could just start right on top of what was already torn up from the force main,” Titsworth said. “It just made sense for us to do this on top of it.”

The path construction started in March, as tourist season and spring break vacationers were filling accommodations.

“She moves things around based on where the bucket of money can fund it,” Titsworth said of Burnett. “We have so much construction that’s coming our way that is important to keep moving forward when these opportunities arise.”

The mayor said, overall, the reaction she received from Holmes Beach residents about the multiuse path construction has been positive.

“People feel this is really needed,” Titsworth said. “We want to get the bikers off the road so it’s safe for everyone.”