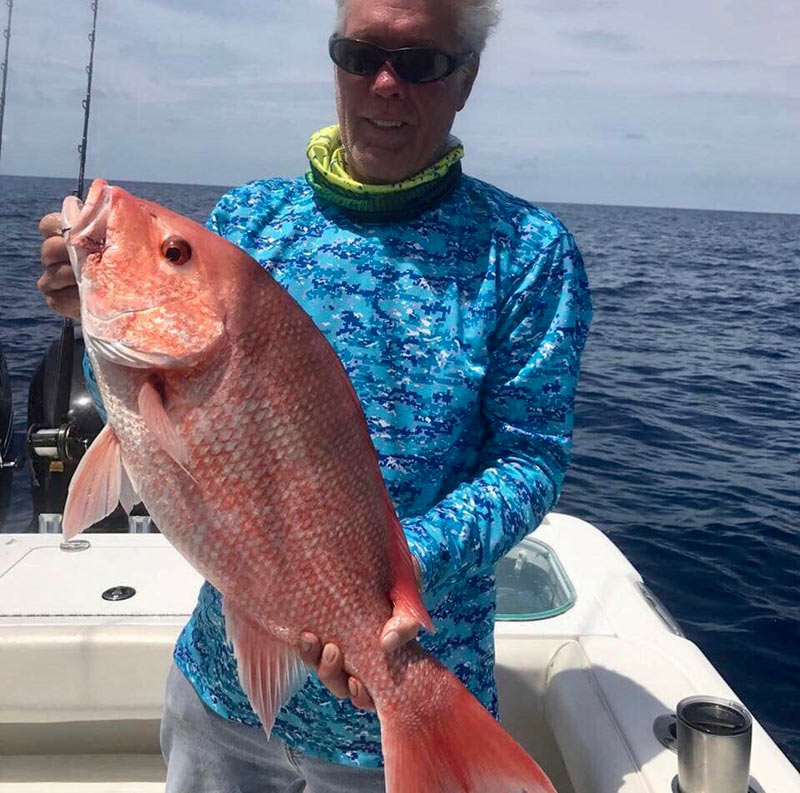 Bob Dale of Bradenton Beach shows the American red snapper he caught in 2018 on a live pinfish. The season for federally permitted charter vessels for American reds will open June 1. Islander Courtesy Photo 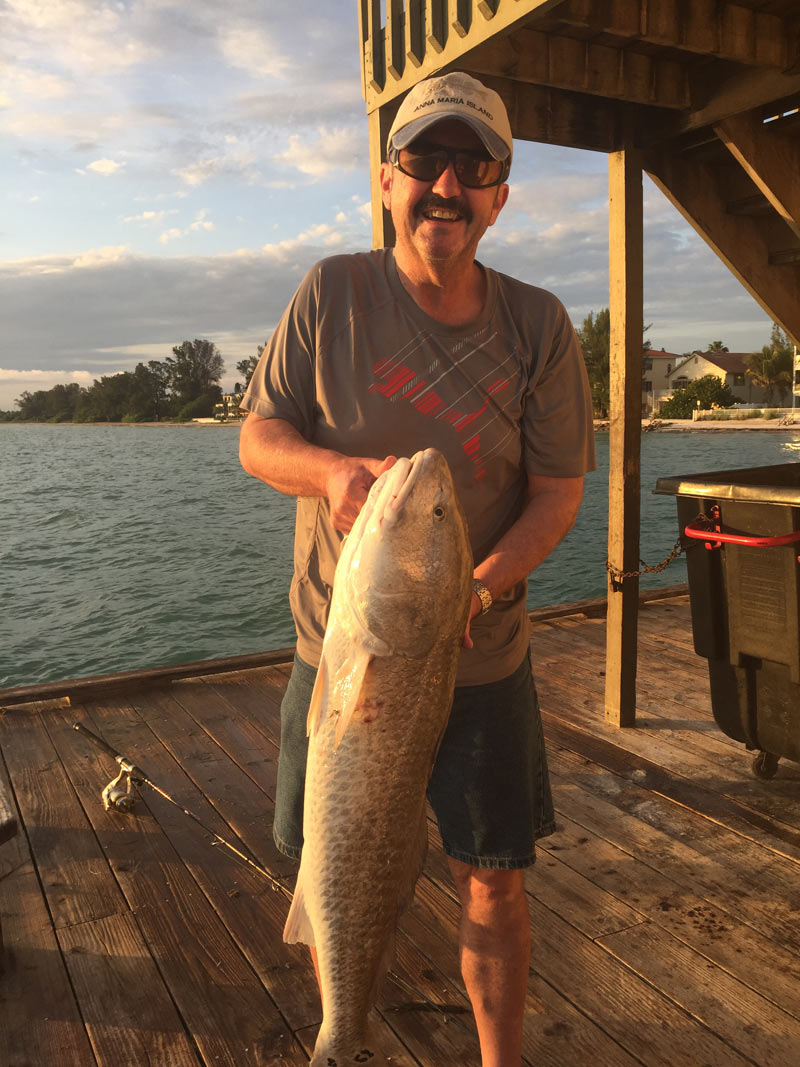 Willi Ranft of Germany is a longtime visitor to Anna Maria Island. While fishing May 7 at the Rod & Reel Pier in Anna Maria, he reeled in a redfish measuring approximately 45 inches. “My biggest catch yet,” he wrote in an email to the “dear ladies and gentlemen” at The Islander. Islander Courtesy Photo

If you haven’t heard yet, I’m going to tell you now: Due to the large quantities of fish killed during the red tide bloom of 2018, the Florida Fish and Wildlife Conservation Commission put a mandatory closure of snook, redfish and spotted seatrout into effect May 11 and it will remain through May 2020.

Yes, its official, and I believe this is historic. I can’t recall a closure of these three species all at once. And for a whole year.

Do I think it’s a good policy? Yes, especially if we want to preserve our little hidden gem in west central Florida. Anna Maria Island and its surrounding waters are host to some of the best fishing on the Gulf coast of Florida and we want to keep it that way. If conservation and stricter limits are the way to accomplish a healthy fishery, then so be it.

There are plenty of other fish to catch for dinner.

Mangrove snapper quickly comes to mind as these fish are inshore and offshore favorites and there are good numbers.

Spanish mackerel are another candidate. Bleed them and ice them and they are fine-eating fish. Their fridge life is narrower than other fish, which means you need to cook and eat them the day you catch them, but hey, things could be worse.

And don’t forget about flounder, one of the finest-eating fish that swims. I’d take a big flounder over a snook fillet any day. Just saying.

So I guess what I’m trying to get to is don’t look at the closure as bleak. Look at it as an opportunity to give our snook, redfish and trout fisheries a chance to rejuvenate. We can still catch them, and that’s the most fun anyway.

On my own Southernaire charters, I just can’t escape the back country. The catch-and-release snook bite is exceptional, with 30-40 fish per trip coming to the hook. There are catch-and-release redfish mixed in, which adds variety.

Spotted seatrout are being caught and released, too. I’m finding these fish on deeper grass flats during strong incoming tides. While targeting trout, my clients are reeling in keeper mackerel and a few flounder.

Capt. Warren Girle is fishing offshore structure with good results. Free-lining live shiners combined with a long shank hook is working well for his clients. Casting these baits over ledges, reefs and wrecks is luring hungry macks to the surface. Along with the macks, they’re finding bonito and jack crevalle. Bottom fishing in these areas is yielding results, especially on mangrove snapper, Key West grunts and flounder.

Catch-and-release spotted seatrout are taking the hook as Girle’s anglers work the deep grass areas during the higher stages of the tide.

Jim Malfese at the Rod & Reel Pier is excited to see Spanish mackerel making a showing at the pier. On days when the bait schools are present, you can expect to find the macks, as well as the usual suspects — ladyfish, jack crevalle and blue runners. Casting small white or pink jigs around the perimeters of the bait is a wise choice. Combine this with a quick retrieve and let the action begin. Using live shrimp also yields results. Sheepshead are being caught, as well as some catch-and-release redfish and shiners and pinfish are attracting some catch-and-release snook to the hook.

Capt. Aaron Lowman is working the pristine waters of southern Tampa Bay for a variety of back country favorites. Catch-and-release snook are by far the most dominant bite, with rallies amounting to 30 or more fish in a morning session. While targeting snook, Lowman also is putting clients on some catch-and-release redfish.

Fishing deeper grass areas is resulting in spotted seatrout, as well as some mackerel and ladyfish. In preparation for the opening of the gag grouper fishery in June, Lowman is patrolling inshore and nearshore rockpiles. By using live bait, such as pinfish and shiners, Lowman is pulling gags in the 10-pound range.

Numerous juvenile gag grouper are in the mix, as well as some mangrove snapper.

Capt. David White of Anna Maria Charters is fishing offshore for variety and bottom fishing around ledges is yielding red grouper, mangrove and yellowtail snapper. Live bait offerings, such as shiners, work well. Fishing on the surface while offshore also is producing catches, especially on blackfin tuna, amberjack and permit. Moving inshore, White is hooking the catch-and-release trio — snook, redfish and trout. Linesiders are the predominant bite, although the numbers of redfish and trout being caught are respectable.

Lastly, White is hooking into the beginning of the tarpon season with fish ranging 20-100 pounds.

Back offshore, Capt. Jason Stock is in hot pursuit of blackfin tuna. Fish in the 20-pound range are being caught regularly, with bigger fish in the mix. Targeting the blackfin results in some action for Stock’s anglers on kingfish and bonito.

Lastly, on clear, calm days, Stock taking clients sight-casting for permit over offshore reefs and wrecks. Live crabs expertly placed in front of these elusive fish are being devoured.

Remember, the name of the inshore game on snook, redfish and trout is “catch and release.” Catch, weigh, release. Catch, photograph, release.

Send your high-resolution photos and fishing reports to fish@islander.org.