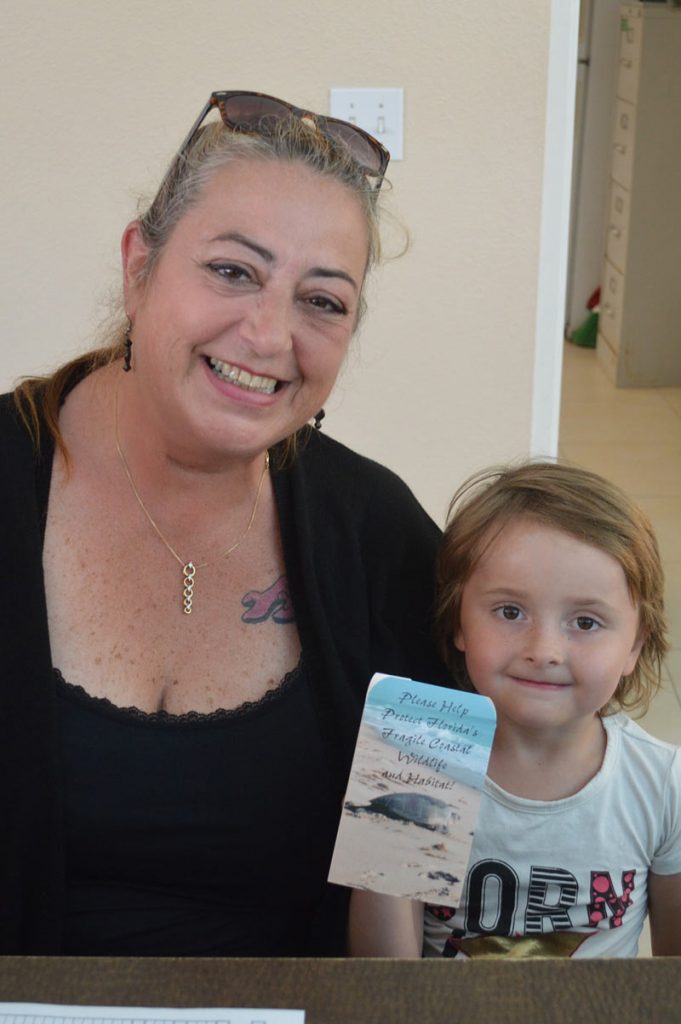 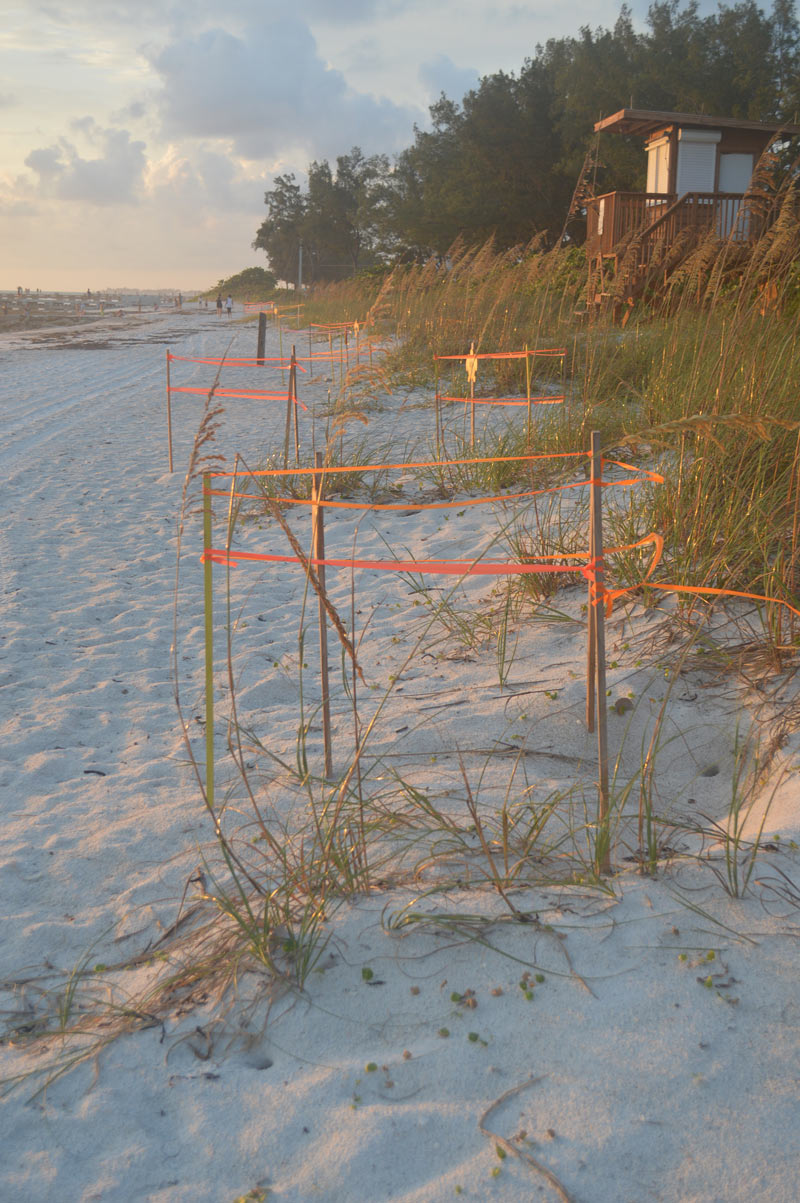 “We pretty much have a set routine now to prepare for the sea turtles,” Marty Hollar, manager of the Anna Maria Island Dream Inn in Bradenton Beach, said May 8 about preparations for sea turtle nesting season.

Anna Maria Island Turtle Watch and Shorebird Monitoring documented the first nest of the season May 1, near the south end of the Manatee Public Beach in Holmes Beach.

As of May 12, Anna Maria Island Turtle Watch and Shorebird Monitoring had identified 9 nests and 15 false crawls on the island.

By the start of the season, AMITW and officials in Anna Maria, Bradenton Beach and Holmes Beach expect beachfront businesses and residents to comply with federal, state and municipal sea turtle regulations, which include proper lighting and removing beach gear before sunset, such as tents, canopies, chairs and rafts.

Hollar said she and her daughters, who work at the hotel, change lightbulbs in Gulf-facing fixtures to amber-colored, Florida Fish and Wildlife Conservation Commission compliant bulbs and ensure staff removes beach furniture before sunset.

During nesting and after hatching, sea turtles are drawn by their instincts to the Gulf of Mexico by the reflection of the moon and stars on the water’s surface.

Disorientations can occur when lights visible from the shoreline attract the sea turtles away from the water, making them vulnerable to predators, exhaustion or death by dehydration.

Additionally, sea turtles only leave the water to nest, so obstructions on the beach can lead to a failed nesting attempt, injury or death by drowning if the sea turtle becomes trapped underneath a chair and it washes into the water.

“Guests are asking, ‘When will we get to see the sea turtles?’ Hollar said. “We let them know there are no guarantees.”

Fox said if someone is lucky enough to see a nesting sea turtle, they should observe from a distance of at least 50 feet.

She said a person approached her May 2 on the beach to show her a photo he took the night before of a loggerhead that had emerged from the Gulf.

When AMITW checked the area where the photo was taken, there were no eggs. Fox said, judging from the picture, the person was too close to the turtle and possibly frightened it back into the Gulf.

“I understand people are excited, but the mama turtles are here to do a job,” Fox said. “They need their space to nest.”

Fox said people are doing well with turtle-friendly beachfront lighting, but some spots need to come into compliance. She said she is working with code enforcement in the island cities to get lighting up to speed.

Additionally, Thomas and Holmes Beach Police Chief Bill Tokajer recently worked with representatives from Florida Power and Light to shield some streetlights that could have caused disorientations.

Thomas said keeping the beaches clean, flat and properly lit for sea turtles and people requires a unified front. “We work together as a team with turtle watch, business owners, residents and visitors,” Thomas said. “It’s all about education and communication with the public to keep the sea turtles safe.”

Visit myfwc.com/seaturtle and click on “Sea Turtles and Lights” for more on keeping beaches safe for sea turtles.

It’s been nearly 20 years since they were last documented on Gulf of Mexico beaches.

As of May 8, two “extremely rare” leatherback sea turtle nests were spotted on Siesta Key and Venice beaches, according to Mote Marine Laboratory of Sarasota.

“Leatherback sea turtles rarely nest on Gulf of Mexico beaches. The only leatherback nest documented by Mote Marine Laboratory in our area was in 2001,” stated a release issued May 8 in advance of a news conference that day.

Leatherback sea turtles, which predominantly nest on Florida’s East Coast, are the largest of the seven sea turtle species, growing to more than 6.5 feet in length and weighing up to 2,000 pounds. Leatherbacks venture into deeper waters and migrate further than other sea turtle species, according to Mote’s release.

In its 38th year, Mote’s sea turtle conservation and research program monitors 35 miles of beaches, from Longboat Key to Venice, for nesting activity.