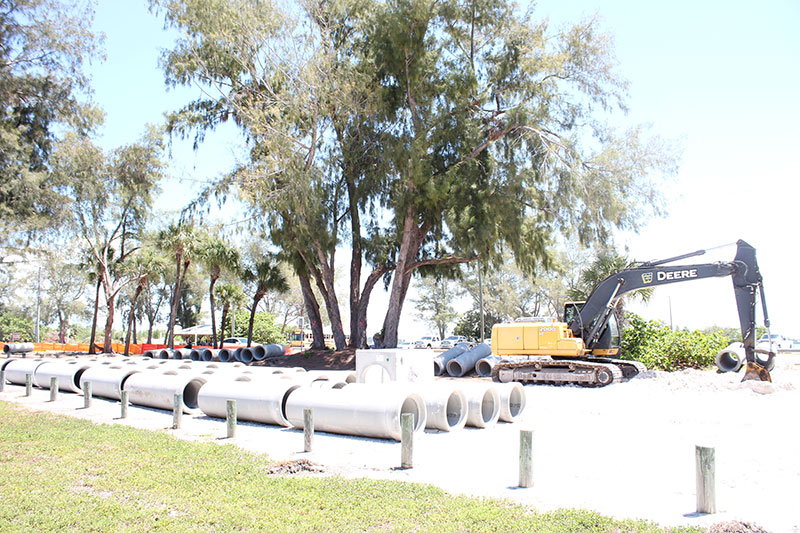 Equipment is stationed June 4 next to stormwater drainage supplies at Coquina Beach in Bradenton Beach, where Australian pine trees were marked by the county for removal. Islander Photo: Ryan Paice 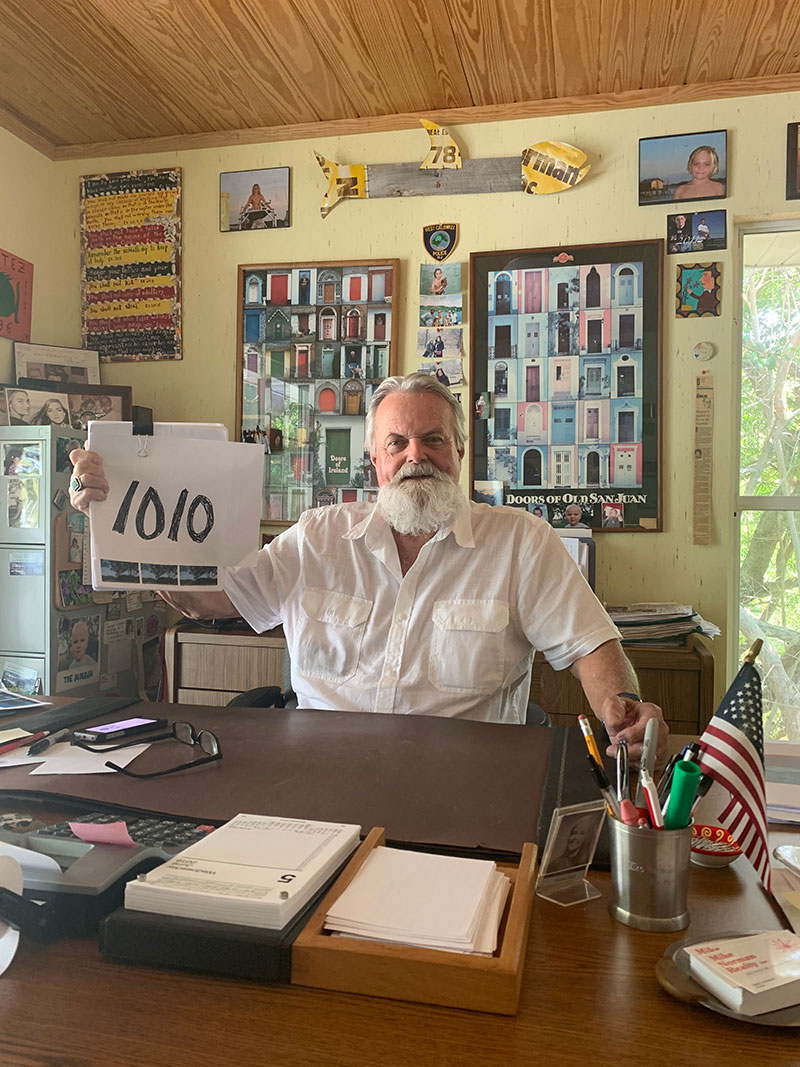 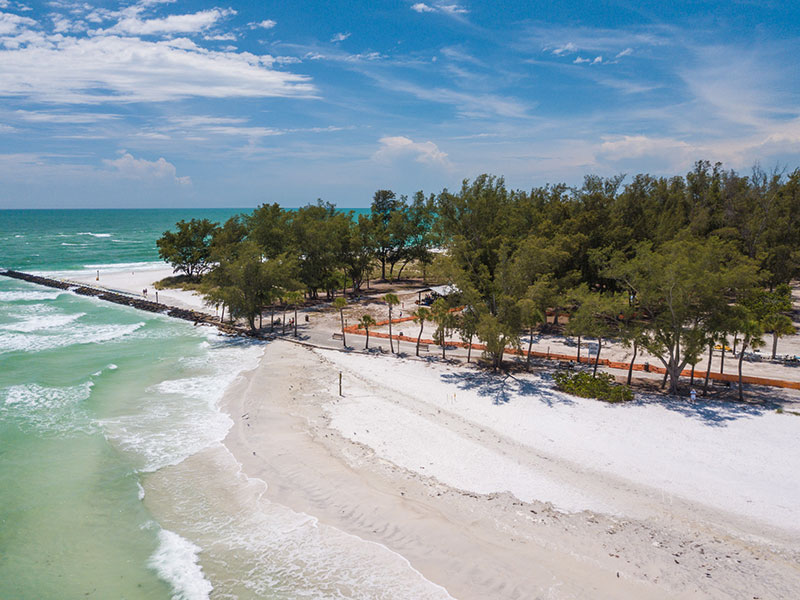 The first phase of county parking lot improvements at Coquina Beach is at the southern tip of Bradenton Beach. Islander Photo: Jack Elka

The Manatee County Board of Commissioners voted 7-0 June 6 to approve the removal of six Australian pine trees at the south end of the public beach parking area.

County administrator Cheri Coryea said the trees are in the path of a pipeline planned for an ongoing drainage improvement project. She said the trees must be removed for the contractor to proceed.

Not removing the trees would force Bradenton-based contractor Woodruff and Sons to demobilize and move materials, costing the county time and money, according to Coryea at the June 6 land use meeting.

“We are mobilized, and the project is underway,” Coryea said. “This is just a temporary thing we need to do to make a little progress.”

Coryea said the original plan for the Coquina parking drainage improvement project involved the removal of 30 Australian pine trees in the south parking area so Woodruff and Sons could pave the parking lots with pervious concrete after installing underground stormwater drainage pipelines.

Woodruff is working on the first phase of the project at the south end of Coquina, and the project will move to the north end in two more phases.

Coryea told commissioners she would return with a report mapping out the locations of additional trees proposed for removal at a meeting at 9 a.m. Tuesday, June 18, at the Manatee County Administrative Center, 1112 Manatee Ave. W., Bradenton.

“At that meeting, we will have facts and figures on the impact of any delay — both in construction costs and demobilization, and also in completion,” Coryea said.

“People love that beach. So we do need to have a full picture, I think,” Commissioner Betsy Benac said. “So, removing the six trees is OK, but I’m not committing at all to what will happen after because it just needs a lot more input.”

“It may be an opportunity to take lemons and make lemonade,” he said.

Bradenton Beach Mayor John Chappie June 5 shared an email with CRA members from County Commission Chair Stephen Jonsson. In the email, Jonsson asked if the county redesigned the project, would the city assist. Chappie asked members for a consensus on how to respond since the agency is planning a jitney trail from Coquina parking to alleviate parking in the CRA district.

The members said Chappie should respond “yes” so they might have some say in the project.

City commissioners came to the same decision at a June 6 meeting, when Chappie again asked for a consensus on how to respond to Jonsson’s email.

However, Coryea has said a complete redesign of the drainage improvement project would be “highly unlikely.”

Chappie added that Bradenton Beach resident Mike Norman and members of Stop Taking Our Pines, a group founded in the 1990s to oppose the removal of Australian pine trees on the island, had collected 1,010 signatures on a petition opposing the removal of trees at Coquina.

Chappie said he would deliver the petition to Coryea. Chappie and the commissioners also signed the petition — bringing the count to 1,015 on June 6.

Vice Mayor Jake Spooner said he helped collect signatures with Norman, and noted a lot of people were upset about the plan to remove the trees.