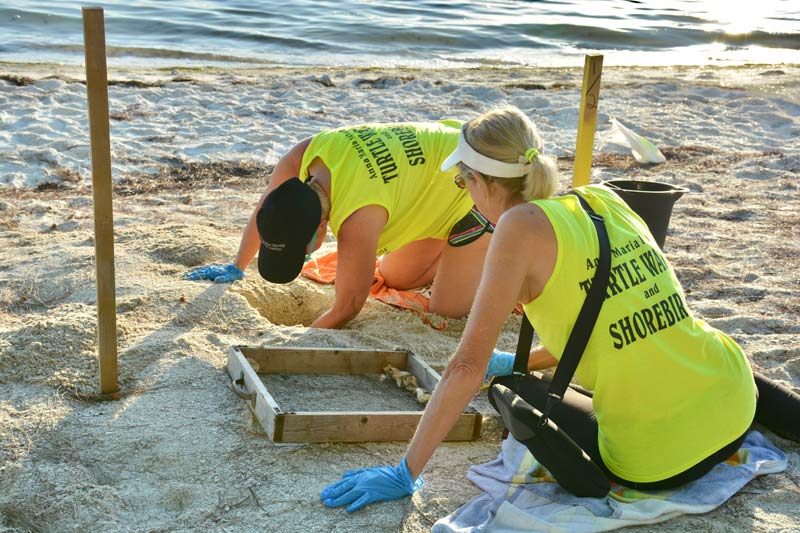 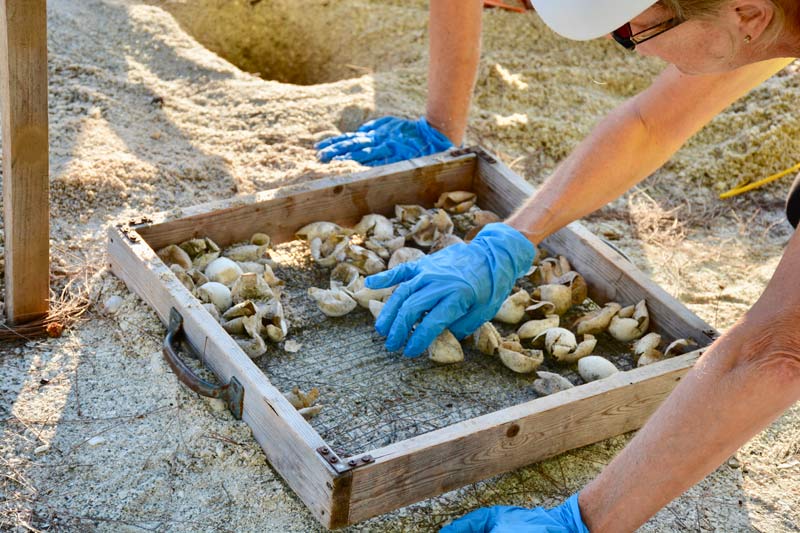 Turtle watch volunteers counts eggs July 17 during a nest excavation in Anna Maria. The nest contained 124 hatched eggs, five unhatched eggs and one live hatchling, which was released to the Gulf of Mexico. 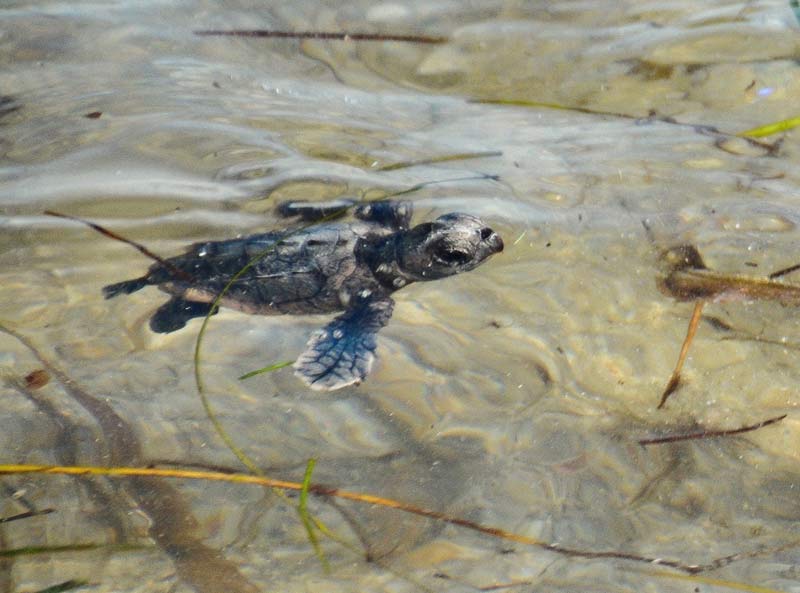 A loggerhead hatchling that remained in a nest on the Bayfront in Anna Maria, despite the other hatchlings making their way to the water, is released July 17.

Sea turtle nesting is slowing and hatchlings are emerging on Anna Maria Island.

Loggerhead hatchlings are emerging daily from nests in the sand on island beaches, then making the crawl to begin their lives in the sea.

As of July 19, Anna Maria Island Turtle Watch and Shorebird Monitoring reported 38 hatched nests with about 2,441 hatchlings making their way to the Gulf of Mexico.

An estimated one in 1,000-10,000 will survive to maturity, according to the Sea Turtle Conservancy.

Turtle watch volunteers began walking the beach each morning just after sunrise when nesting season started May 1 to search for tracks left during the night by nesting female sea turtles, and now the focus turns to signs hatchlings have left their nests.

AMITW executive director Suzi Fox said July 17 that recent overnight rains had washed away tracks, making it difficult for volunteers to tell if hatchlings disoriented or safely made it to the water.

However, she said she had not received any reports of hatchlings in the dunes or other upland areas.

“It’s a good sign we haven’t gotten any calls about dead hatchlings,” Fox said. “Even though we have not been able to see the tiny tracks because of overnight rain, it appears they are making it to the water.”

Fox added that higher tides and standing water from rain washed over some nests closer to the waterline, but those could still hatch.

Per Florida Fish and Wildlife Conservation Commission instruction, when a nest is hatched, AMITW volunteers wait 72 hours to excavate the nest and determine how many eggs hatched, didn’t hatch, or if live hatchlings remain in the nest.

During an excavation, volunteers dig about 18-24 inches into a hatched nest with gloved hands and count the hatched, unhatched or pipped — partially developed — eggs and also dead or live hatchlings.

“Collecting the data is really what it’s all about for us,” Fox said. “This is where we get to look for trends.”

Fox said a trend that she has noticed from excavations is very few live hatchlings remaining in nests.

“This is really good because it means they are developing well in their nests and getting out to the water,” she said.

Excavations usually take place around sunrise or sunset, when the risk of dehydration or predation is lower for hatchlings.

“We really want our residents and visitors alike to come out and see the work we do to protect and document the cycle of life happening with the turtles out here on our beaches,” Fox said. “It really is a beautiful thing.”