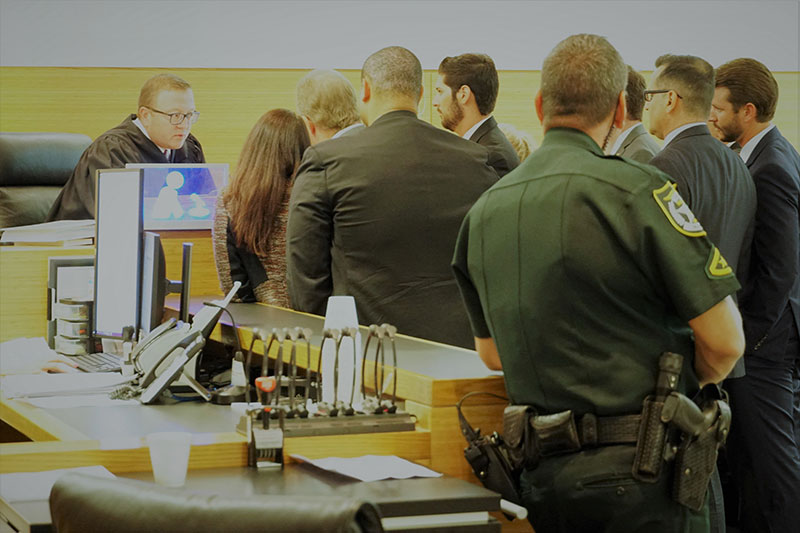 One court ruling was pushed down the road.

Representing three property owners, Aaron Thomas, of the Najmy Thompson law firm in Bradenton, argued July 30 the city of Holmes Beach “knew what it was getting into” when it failed to offer changes in the allowable uses or settlements for his clients’ claims.

Since 2016, more than 80 property owners invoked the Bert Harris law against Holmes Beach by filing claims at city hall, and 11 lawsuits — eight represented by the Najmy firm — sprung from the claims.

Thomas asked Judge Charles Sniffin to enter judgments finding the city liable under the act that allows landowners to seek the loss of fair market value due to unfair government actions.

Sniffin told Thomas he wasn’t denying his motion, but rather allowing the parties time for discovery and to append their arguments after depositions, inspections and other discovery.

“The case law is very clear that the court commits irreversible error if it grants summary judgment when discovery is outstanding,” Sniffin said.

He deferred ruling for 90 days.

Under the act, the city was required to respond to claimants within 150 days of the filings.

In response to each claim, the city sent a letter suggesting no settlement or compromise to the then-new 2015-16 rental laws, enacted by the city after residents complained of parking, noise, garbage and other quality-of-life issues.

Thomas argued his clients were eligible to recover under Bert Harris when the city enacted a May 1, 2016, regulatory scheme to enforce a Sept. 8, 2015, two-person per bedroom ordinance.

He also disputed the city’s defenses, including a statute of limitations running from the September 2015 enactment and appraisals, saying the judge could rule on such legal questions.

He called the plaintiffs’ motion premature due to “an undeveloped record,” saying the exchange of documents, depositions and inspections is incomplete.

He also pointed to the city’s two-person per bedroom restriction in the comprehensive plan.

As far as pre-suit requirements, Thomas said the plaintiffs should be able to invoke the “futility exception” based on takings, since the city had no means to grant a variance under its rental laws.

Addressing the not-yet-completed exchange of records, Thomas said many items sought by the city are not relevant, such as names of hundreds of renters, insurance policies and detailed financial information.

Daigneault argued a host of issues surround the owners’ claims, such as how the law was applied to the properties and the plaintiffs’ claims on bedrooms.

After hearing the arguments, the judge singled out the issue of discovery and agreed to allow time for completion, “but not four-six months.”