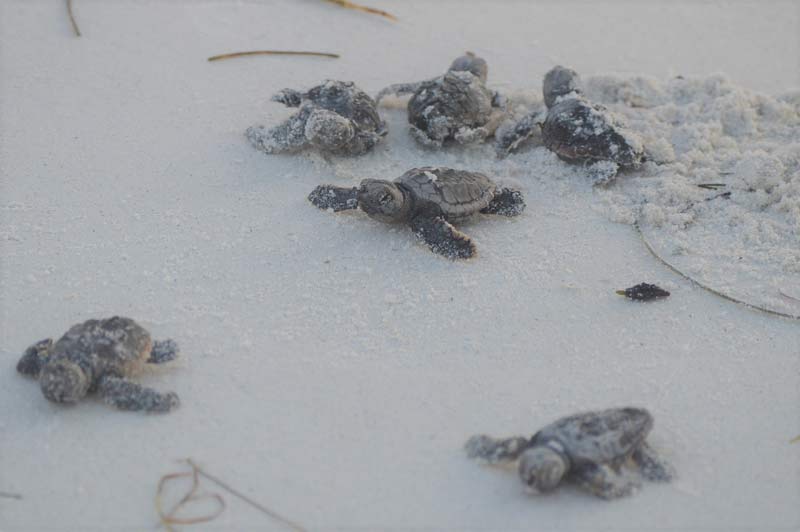 Six hatchlings, discovered Aug. 29 during a loggerhead nest excavation on the beach in Bradenton Beach, scamper to the Gulf of Mexico. 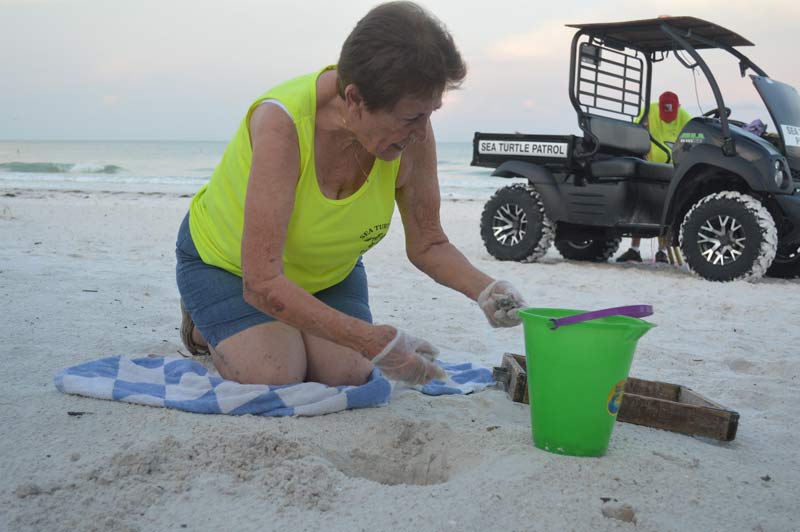 Turtle watch volunteer Lee Zerkel holds a loggerhead hatchling found Aug. 29 during a nest excavation on the beach in Bradenton Beach. The hatchling was one of seven remaining after the nest hatched. 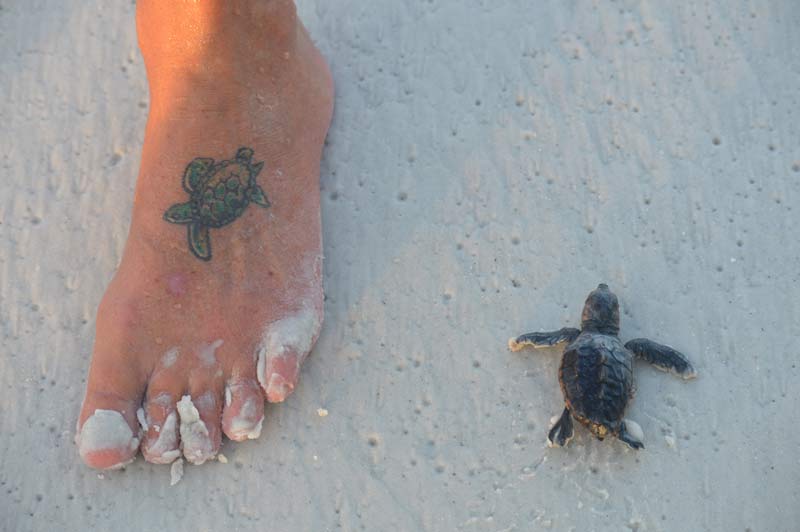 Amy Manning of Bradenton compares the hatchling tattoo on her foot Aug. 29 with a live hatchling found during a nest excavation in Bradenton Beach. The hatchling was released to the Gulf.

Due to low enrollment for 2019-20, Anna Maria Elementary will lose a teacher.

The teacher with the least seniority will be expected to transfer unless another teacher comes forward to step down.

Meetings will be held and a decision will be made by Sept. 5.

“For over five years now our enrollment has been in the 200s, with 54% of those students either using school choice or a hardship to be able to attend school here,” principal Jackie Featherston said Aug. 28.

She said AME is the smallest elementary school in the Manatee County School District, with 222 students.

The number is not expected to grow.

Enrollment has decreased slowly, “as housing costs go up” and fewer families can afford to live on Anna Maria Island and Longboat Key, she said.

“I am told enrollment was in the low 400s before the school was rebuilt and we had many more families on the island,” said Featherston.

The loss of an AME teacher will be sad for staff and students, but also for such parents as Mauri Zaccagnino, who has third- and fourth-grade students at AME.

“One of the best things about AME are the small class sizes and consistent, excellent teachers,” said Zaccagnino. “I will be sorry to have to say goodbye to one of those teachers who has very likely impacted the lives of my children in a positive way.”

AME parent Jeff Canup. whose children are in first- and third-grade, offered a different perspective.

“Anna Maria Elementary’s decreased enrollment enhances its advantages as a small school where students develop close-knit relationships and the administration has the bandwidth to address student needs and parent concerns,” he said.

One thought on “AME to lose teacher to low student enrollment”