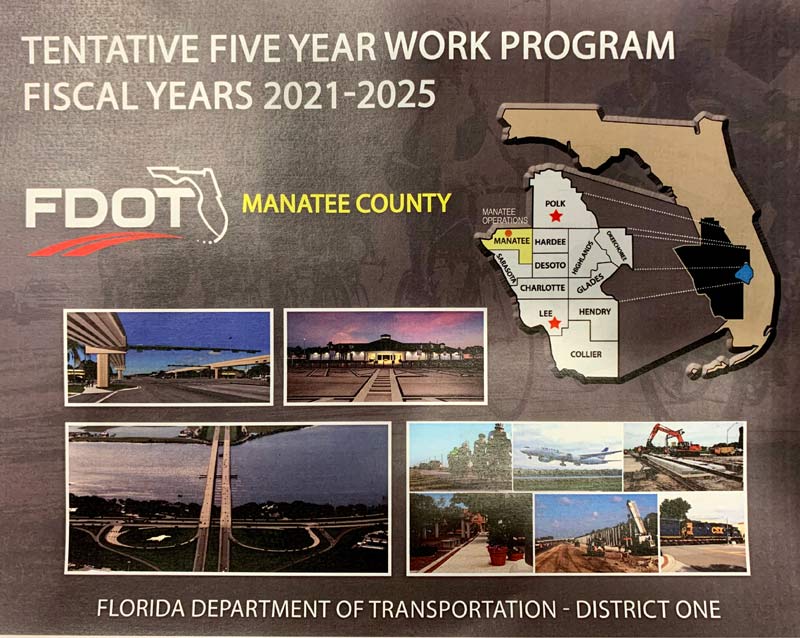 The Florida Department of Transportation plans to spend $8 million by 2025 for right-of-way acquisition for the megabridge the agency wants to build to replace the Cortez Bridge.

The DOT plans to spend about $1 million during the same time period for repair and rehabilitation of the Anna Maria Island Bridge.

The DOT also plans to spend a total of $550,000 by 2023 during work for replacement of the Anna Maria Island Bridge.

None of these planned expenditures has been budgeted. Amounts and time frames often change by the time the fiscal year budget is allocated.

The DOT plans to replace the Anna Maria Island and Cortez drawbridges with 65-foot-clearance fixed-span bridges.

A $6.2 million design plan for the AMI Bridge will not be completed until fiscal year 2022-23, and construction is not scheduled to start until fiscal 2029, the DOT said in August. Construction could take at least two or three years, the agency said.

The DOT released a project development and environment study for the Cortez Bridge replacement in early October and has started a $6.4 million design project scheduled to take several years.