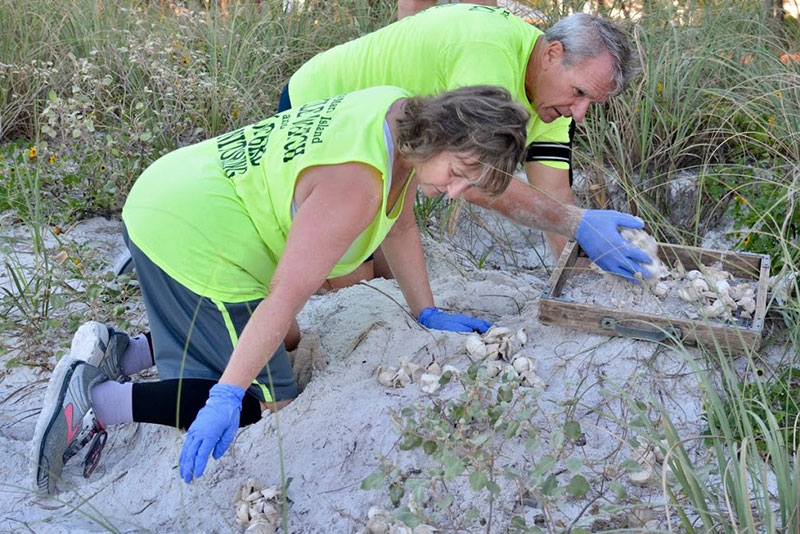 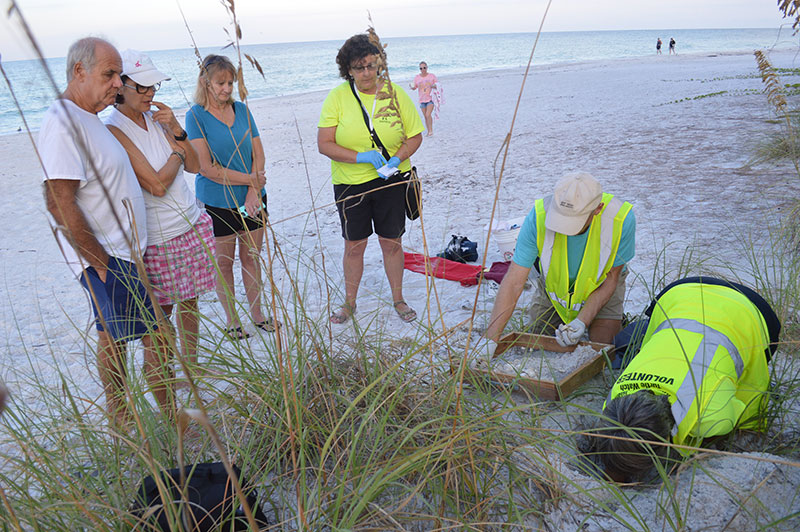 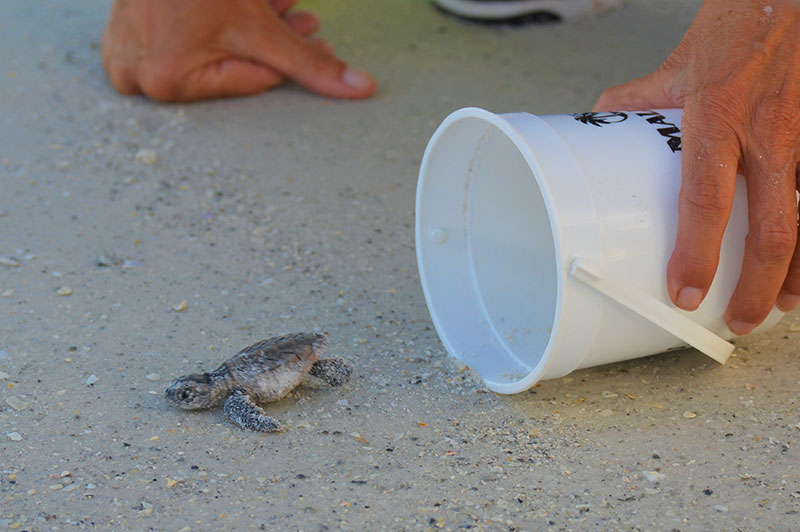 A loggerhead hatchling is released Sept. 26 to the Gulf after being discovered by turtle watch volunteers during a nest excavation in Bradenton Beach.

She said that while mostly loggerheads nest on the island, green sea turtles nest later in the season. AMITW already has documented nine green nests — the most of any season since the organization started collecting data in 1992.

“We could still get more green nests,” Fox said, adding that AMITW has a contract with Manatee County to monitor the beaches for sea turtle and shorebird activity until Oct. 31.

She said she plans to approach Anna Maria and Bradenton Beach to update sea turtle regulations in both cities.

“They drafted them in the late ’90s, and we are entering into the year 2020,” Fox said of the rules, which require proper — sea turtle-friendly — lights and the removal of objects from the beach at night.

“There are so many advances — the people no longer have to turn out lights or switch to red bulbs. They can light their properties with brighter people and turtle-friendly bulbs.”

Fox also said she is working with Florida Power and Light to install amber-colored streetlights, as standard white lights visible from the beach may be the cause of disorientations.

Additionally, she said some of the commercial parking lot lighting near East Bay Drive and Manatee Avenue in Holmes Beach emits sky-glow that could draw hatchlings away from the beach.

“We need to take the time to get everything lined up before next season begins,” Fox said. “It’s a constant work-in-progress that requires a team effort.”