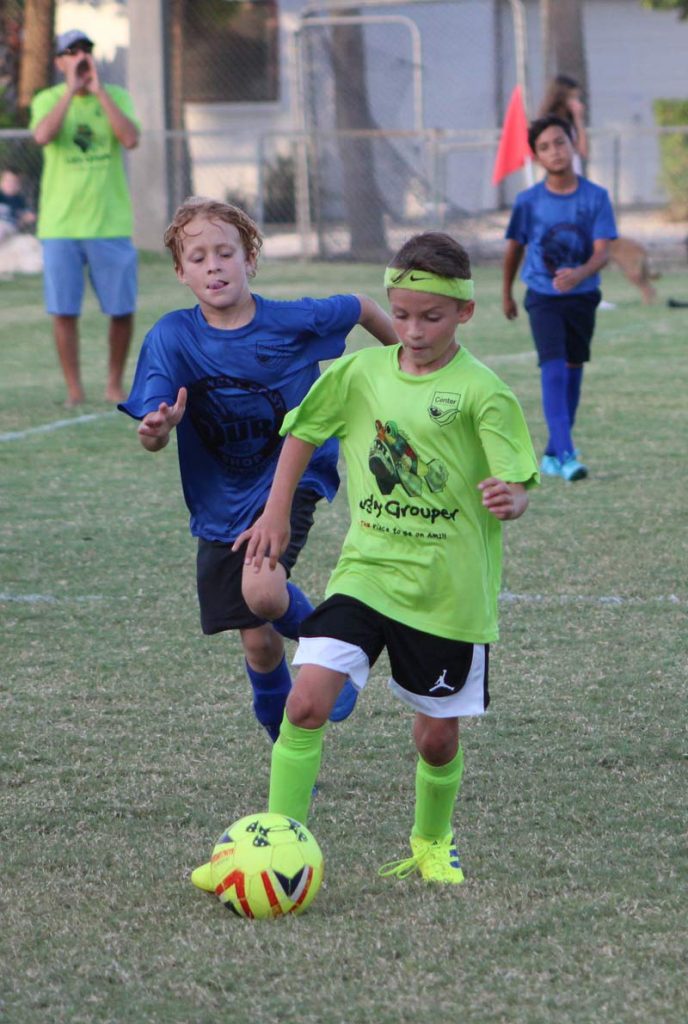 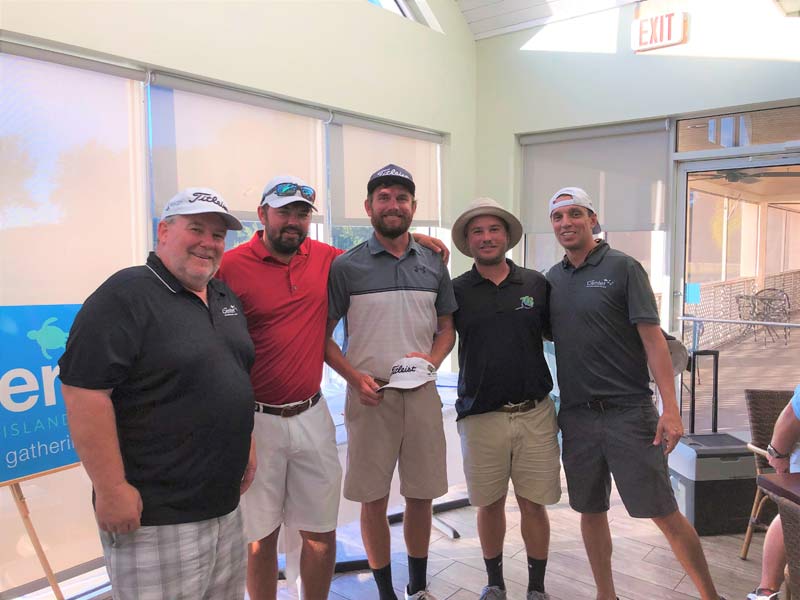 After four weeks of action in the youth soccer league at the Center of Anna Maria Island, there are no unblemished records.

Moss Builders has no losses, but it has a pair of ties. And Ugly Grouper in the same 11-15 division also has no losses to go with a tie game.

Ugly Grouper sits atop the 11-15 division with a 3-0-1 record, just ahead of Lancaster Design in second with a 2-1-1 record. Island Vacation Properties and Progressive Cabinetry follow with matching 1-3 records.

In 8-10 division action Oct. 15, Ugly Grouper swam past West Coast Surf Shop by a 9-0 score behind 3 goals from Nixon Conner and 2 goals each from Jack Zaccagnino and Riley Karecki. Jesse Zaccagnino and Malia Keith completed the scoring with a goal each.

The second match of the evening saw Moss Builders hand HSH Designs its first loss of the season at 5-0. Jackson Titen led the way for Moss with 3 goals. Mason Moss added a goal and an assist, while Gigi Greene added a goal. Alexander Teich helped preserve the shutout victory with nine saves in goal.

Cale Rudacille made six saves in goal to lead HSH Designs in the loss.

William Pakbaz scored for Lancaster Design, which received seven saves from Christian Cole in the tie.

Island Vacation Properties was led by Jayden Sparks and Luke Dellenger. The duo each scored a goal while combining to make 10 saves for IVP in the loss.

The adult soccer league at the center kicked off its fall season Oct. 17 with four matches. Nine teams will compete in a seven-game season followed by playoffs and, finally, champion and consolation games.

The action kicked off with Sato Real Estate edging Vintage Beach 7-6 behind a hat trick from Amy Ivin and 2 goals and an assist from Race Aranda. Tim Holly added a goal and two assists for Sato, which also received a goal from Nate Talucci and 11 saves from Olaf Krause in the victory.

Ross Built outscored Vacasa 9-6 in the second match of the night behind 3 goals each from Lexi Sato and Damir Glavan. Kevin Roman added 2 goals for Ross Built, which also received a goal from Greg Ross and 11 saves from Mark Rudacille in the victory.

Connor Haughey had 2 goals and two assists and Lyn Clarke added a goal and an assist to lead Vacasa, which also received goals from Stetson Matthews, Nick Bouchard and Jessica Williams in the loss.

The third match of the night saw the Moss Builders adults roll to a 7-2 victory over Lancaster Design behind 3 goals each from Keith Mahoney and Gerardo Urbiola. Ryan Moss added a goal and Jordan Demers finished with eight saves in the victory.

Drew Jacobsen and Miguel Ajoy scored a goal each and Rico Einbart made 14 saves to lead Lancaster Design in the loss.

Blalock Walters outscored MuniPlan 4-2 in the last match of the night behind a pair of goals from Matt Skaggs and a goal and an assist from Robbie Fellowes. Brooke Capparelli completed the Blalock Walters scoring with a goal, while Luke Grady made 11 saves to help preserve the victory.

Nathan Kragt and Sean Flynn scored a goal each to lead MuniPlan, which also received a combined 15 saves from Flynn and Ben Sato in the loss.

The team of Sam Samuels and Tom Skoloda exacted revenge on Hank Huyghe and Jay Disbrow for their only loss during pool play. Samuels and Skoloda rolled to a 22-15 victory.

Oct. 19 horseshoe action was won by Tropical Storm Nestor in a washout.

Play gets underway at 9 a.m. Wednesdays and Saturdays in Anna Maria. Warmups begin at 8:45 a.m. followed by random team selection.

There is no charge to play. Everyone is welcome.

Some 40 or so members participated in the nine-hole Key Royale Club Oktoberfest scramble Oct. 12 at the Holmes Beach club. The team of Sharon Tarras, Debi Wohlers and Terry Tarras took first place with a score of 24.5

Other notables include Ellen Boin for the women’s closest-to-the-pin on the eighth hole and Terry Tarras on the men’s side on the third hole. Longest drives went to Debi Wohlers and Don Johnson.

The evening was capped with brats, kraut, refreshments and a dance, as club members tried out their new dance floor.

The women played a nine-hole individual-low-net match Oct. 13 in two flights that saw Helen Pollock and Sue Wheeler tie for first place in Flight A with matching even-par 32s.

Terry Westby’s 2-under-par 30 gave her first place in Flight B, two strokes ahead of Penny Williams and Ellen Boin, who tied for second at even-par 32.

The men played a nine-hole scramble Oct. 17. The team of Ron Buck, John Cassese, Herb Clauhs and Jon Holcomb took the honors on a 4-under-par 28.