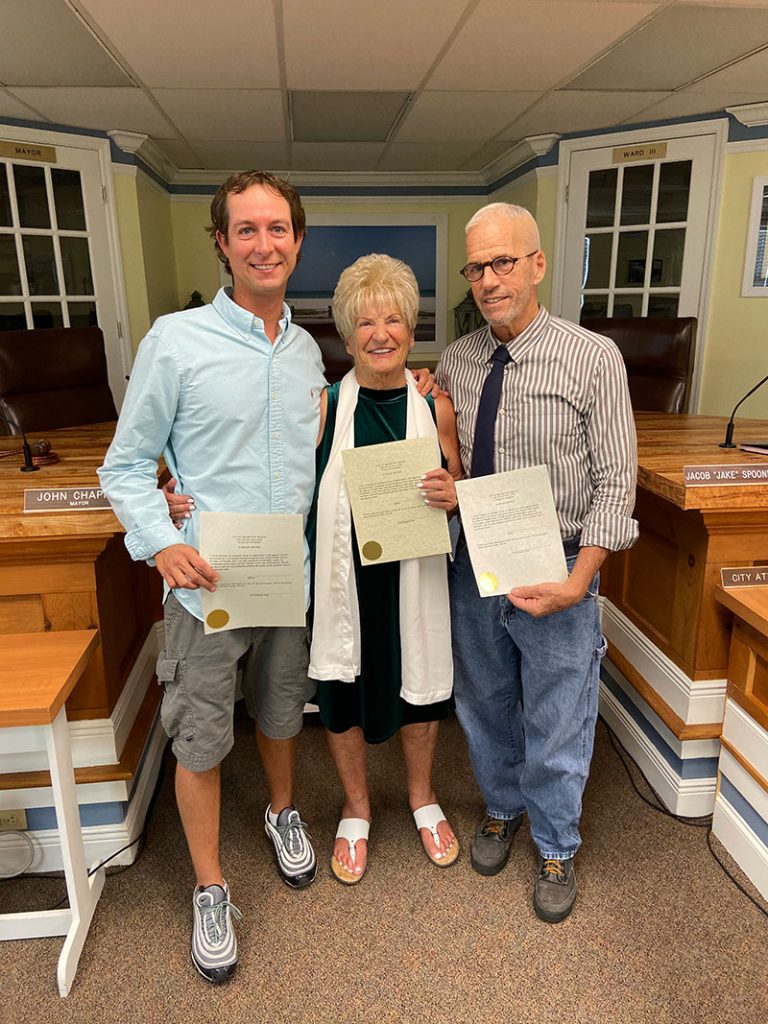 A familiar face has joined the Bradenton Beach City Commission.

City clerk Terri Sanclemente swore three city officials into office Nov. 18, including returning Commissioner Jan Vosburgh, who termed out of office in 2016. The others are re-elected Mayor John Chappie and Commissioner Jake Spooner.

City code allows officials to serve three consecutive two-year terms before terming out, but does not restrict them from running for office again after a year.

Manatee County Commissioners Carol Whitmore and Priscilla Trace attended the ceremony as members of the audience.

Vosburgh claimed Randy White’s post as commissioner of Ward 3 for a two-year term.

White initially said he would run for re-election but withdrew from the race after Vosburgh qualified.

Vosburgh told The Islander in a Nov. 19 interview that she’s happy to return as commissioner, and has attended recent meetings to get acquainted with the current issues at play.

“It’s going to take me a little while, but I’m a seasoned commissioner so it shouldn’t take too long,” Vosburgh said. “I’m happy to be back serving the people of Bradenton Beach alongside Mayor Chappie and the other commissioners.”

Chappie will serve his second consecutive term as mayor. He is a former county commissioner and served as mayor 2001-07.

Spooner, who owns the Bridge Street Bazaar, Fish Hole Miniature Gold and the incoming Daquiri Deck building on Bridge Street, will serve his third consecutive term as commissioner. Each of his elections came without opposition.

The three also will serve as members of the Bradenton Beach Community Redevelopment Agency. The CRA promotes restoration, growth and tourism for the district bordered by Cortez Road, Sarasota Bay, Fifth Street South and the Gulf of Mexico by funding capital improvement projects with incremental tax revenue.

Their first city commission and CRA meetings were Nov. 21.

2 thoughts on “Bradenton Beach mayor, commissioners sworn in to office”