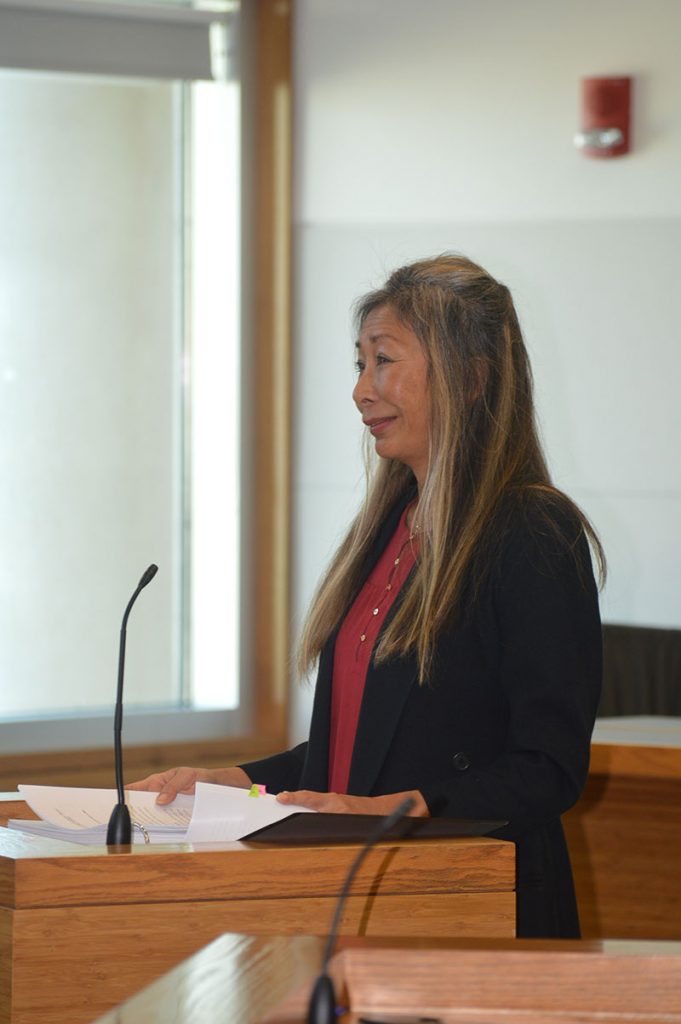 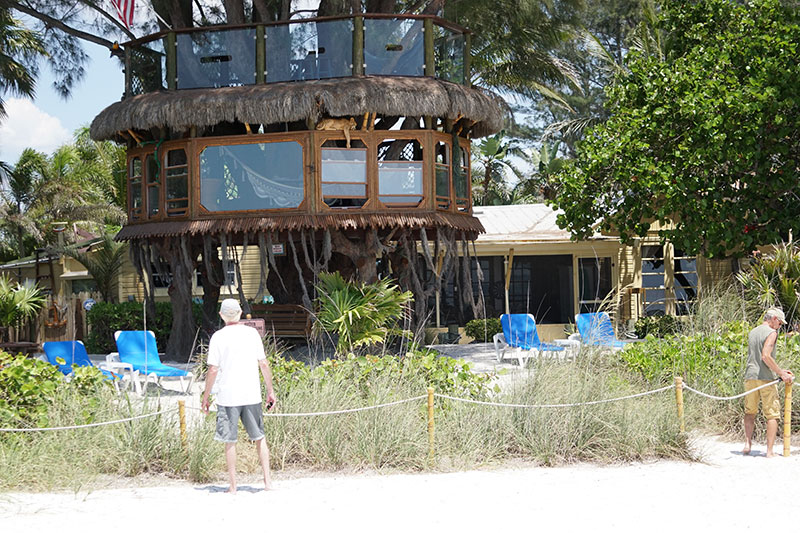 A treehouse, built in 2011 in an Australian pine tree by the residents of the beachfront home, still stands on the beach at 103 29th St., Holmes Beach. Islander File Photo

One treehouse built in Holmes Beach in 2011 without a permit has led to four pending lawsuits spanning seven years.

At a hearing Jan. 7 on a lawsuit filed in December 2018, 12th Circuit Judge Charles Sniffen heard the city of Holmes Beach’s motion to dismiss a second amended 11-count complaint by the plaintiffs, treehouse owners Lynn Tran and Richard Hazen.

At the beginning of the proceedings, Sniffen granted the city’s motion for judicial notice to include evidence already proven in cases pertaining to the structure.

The Florida Department of Environmental Protection, also a defendant in the case, filed a motion similar to the city’s, asking for a more defined complaint and motion to dismiss.

An order posted to the Manatee County public records website stated the court took the motion to dismiss under advisement and continued a Jan. 7 motion to impose sanctions.

At the hearing, attorney Randy Mora of Trask Daigneault, the Clearwater law firm assigned to the case by the city’s insurer, said Holmes Beach moved to dismiss the case on several bases, including “res judicata,” meaning a competent court already made a final decision in the matter.

“This is all about fairness. The plaintiffs don’t agree with what the law says,” Mora said. “And until this court tells them they can’t proceed any further, they will keep trying to get the answer they want.”

The city repeatedly has prevailed over appeals, including in a November 2019 hearing on a case that started in 2013. At that hearing, 12th Circuit Judge Edward Nicholas refuted the plaintiffs’ claim that a city ordinance, including a 50-foot setback from the state’s erosion control line on the beach, amounted to property taking without compensation.

Tran and Hazen built the two-story, uninhabitable structure in 2011 attached to an Australian pine tree on the beach fronting their home and four rental units they operate at 103 29th St., leading to litigation between the city, the DEP and the owners.

The city has argued that the treehouse was built in violation of the city building code and inside the beachfront setback.

The setback rule prohibits structures within 50 feet of the ECL, which separates the public area of the beach from private ownership. The 1992 island beach renourishment project permanently established the ECL.

The owners claim that state law, which allows a more flexible setback, supersedes local law and that then-city inspector Bob Shaffer said no permit was required.

According to the plaintiffs’ amended complaint, Shaffer said, “Just build it safe.”

At the Jan. 7 hearing, Tran said she and Hazen were given approval by the building official, but then were met with resistance from the city and DEP.

“No one told us what to do, so here we go,” she said, in reference to her and Hazen’s first declaratory judgment complaint.

Since 2013, three of four lawsuits are pending in circuit court, while the Jan. 7 case is in state court.

Sarasota attorney David Levin is the plaintiffs’ attorney for the circuit court cases.

The plaintiffs are representing themselves in the state case.

A federal suit, added by the treehouse owners, was thrown out in August 2019.

As of press time for The Islander, a date was not set for the continued hearing.

Some might wonder what people are referring to when “the treehouse” turns up in conversations.

Located in Holmes Beach at 103 29th St. on the beachfront at a residence that includes four short-term rental units, is an elevated two-story, 400-square-foot open-air structure with solar power that was built around a large pine tree.

The owners have been in litigation with the city and the Florida Department of Environmental Protection since 2013 regarding the treehouse, which the city and state claim was built too close to a renourished beach — within the setback for the state’s erosion control line, and without permits.

One thought on “Holmes Beach continues trudge down treehouse path”