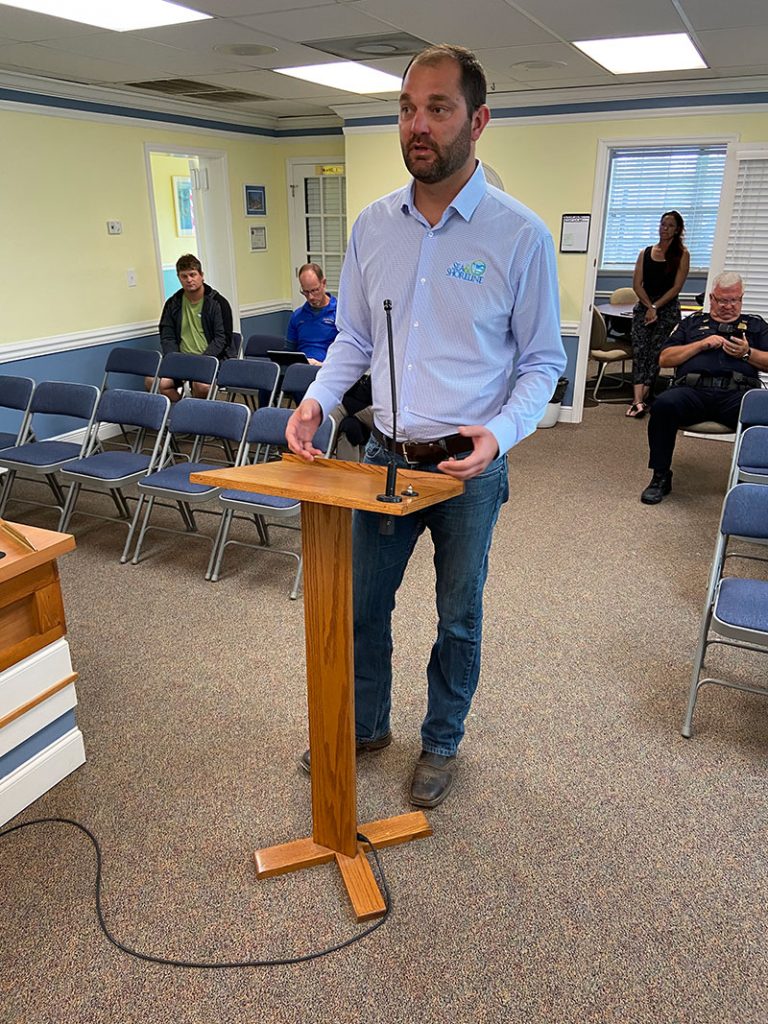 The Bradenton Beach Community Redevelopment Agency has its sights set on building upon the living shoreline projects it began last year.

CRA members voted 7-0 Feb. 5 to allocate $5,000 to hire Ruskin-based Sea & Shoreline, a contractor that helps preserve ecosystems by planting seagrasses in Florida waterways and in the shoreline adjacent to the Historic Bridge Street Pier.

Carter Henne, president of S&S, said seagrass is vital to a healthy marine ecosystem. It feeds almost 90% of commercial seafood caught across the world, he said, and it pulls carbon from the water, which helps counter ocean acidification.

Henne said S&S grows seagrass on a farm on the Little Manatee River in Hillsborough County. The contractor proposed to transplant grasses to the shoreline. In the process, a cage is placed over the area so marine life, such as manatees, is deterred from eating the seagrass until it is anchored and grows enough to sustain damage caused by hungry marine life.

Henne said the cage is shallow so it has no impact on boats, but is sufficient to cover a section of new seagrass.

The seagrass is yet another component to add to the living shoreline, which the CRA began last year when it seeded district waters with almost 100,000 brood stock clams, which are nearly predator-proof and filter seawater more efficiently than younger clams.

The CRA will pay Gulf Shellfish Institute, which CRA member Ed Chiles serves as a board member of, $5,000 to monitor the seeded clams this spring and test their impact.

Henne said clams and seagrass have a symbiotic relationship: Clams oxygenate and fertilize the seabed, promoting seagrass growth, while seagrass provides clams shelter from predators. So, planting seagrass where the clams were seeded benefits both species.

Perry, expressing support for the project, offered to halve her $190 hourly rate while working as a project facilitator.

A handful of mini reefs, structures placed underwater to cultivate sea life and promote clean water, are set to find their way to city waters.

In January, the CRA agreed to purchase 28 mini reefs for $10,000 from Ocean Habitats through a Center of Anna Maria Island program, allowing purchases of $350, with $150 of each reef sale benefitting the nonprofit.

She proposed a modification to the CRA’s original plan and members needed to approve a motion of no objection to implementing the changes.

Chappie moved for no objection to the changes.

Chiles seconded the motion, which passed 7-0.

Chiles added he is trying to schedule a meeting with Gov. Ron DeSantis, R, to discuss giving state seagrass mitigation credits to municipalities using the practice of seeding clams since clams promote seagrass growth by oxidizing the seabed and removing toxins from the water. He said DeSantis could administratively certify the practice.

“I think we have an opportunity this year to bring about the biggest change in bivalve aquaculture ever,” Chiles said.