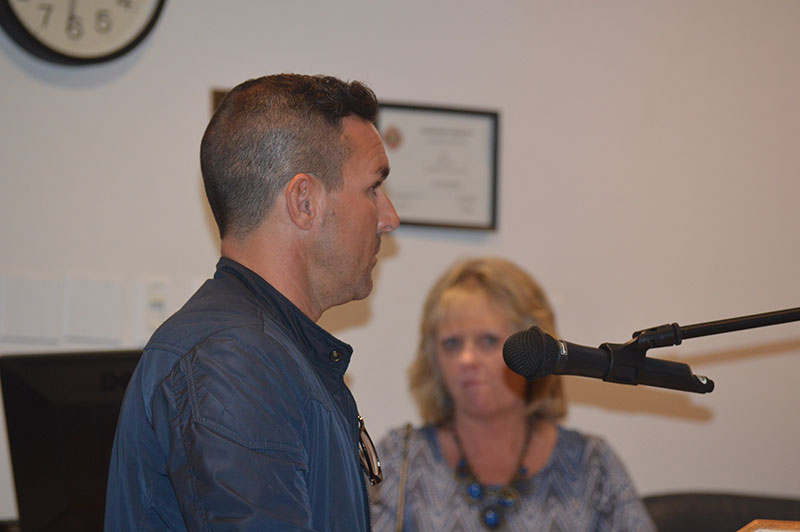 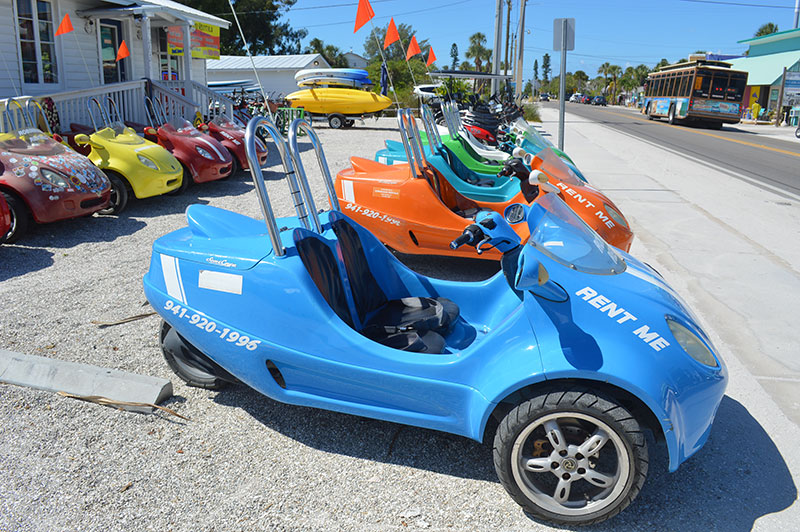 Three-wheel scooter/cars, which are available for rent in Anna Maria, are prohibited from traveling on Holmes Beach streets. Islander File Photo

Holmes Beach officials are rethinking a ban on three-wheeled scooter/cars.

Mark Toomey, owner of Robinhood Rentals in Anna Maria, spoke at a Jan. 28 city commission meeting against the prohibition on renting and operating scooter cars in Holmes Beach. His business rents the vehicles, branded as ScootCoupes.

City commissioners Jan. 14 unanimously approved an ordinance prohibiting ScootCoupes from rental or operation in the city. The measure also regulates bike- and scooter-shares, as well as renting and operating motorized scooters and Segways.

Toomey said he was unaware of the ordinance until recently, as his business operates in Anna Maria. The measure was under review in Holmes Beach for nearly a year before approval.

A ScootCoupe is an open-air, three-wheeled vehicle, powered by a 49cc engine, that can travel up to 38 mph. There are no scooter cars for rent in Holmes Beach, but residents have complained about people recklessly driving scooter cars through the city’s neighborhoods and on the main streets.

Petruff said Aaron Thomas, also of the Najmy Thompson firm, and Anna Maria city attorney Becky Vose said the ban was “overbroad,” so she and Police Chief Bill Tokajer reviewed state statutes and determined the city could “regulate” the vehicles, but not ban them.

Petruff suggested the city commission revisit the initial plan to keep the vehicles off roads with higher speed limits and go back to restricting them to streets with speed limits of 25 mph or less.

Petruff said she asked Tokajer to direct officers not to issue tickets to people operating the vehicles until the ordinance is revisited. Additionally, she asked him to contact Robinhood Rentals and let them know the ordinance is under review.

Toomey said there have been no accidents in the past 20 months in Holmes Beach involving ScootCoupes and suggested he meet with Tokajer to discuss the vehicles.

Petruff asked Toomey to back up his claims. And she agreed a meeting with Tokajer could be helpful. She also said, after the commission discusses the revision, she would provide Toomey and the Najmy Thompson firm with a draft for their review.

The commission agreed to reconsider the ordinance at a future meeting.