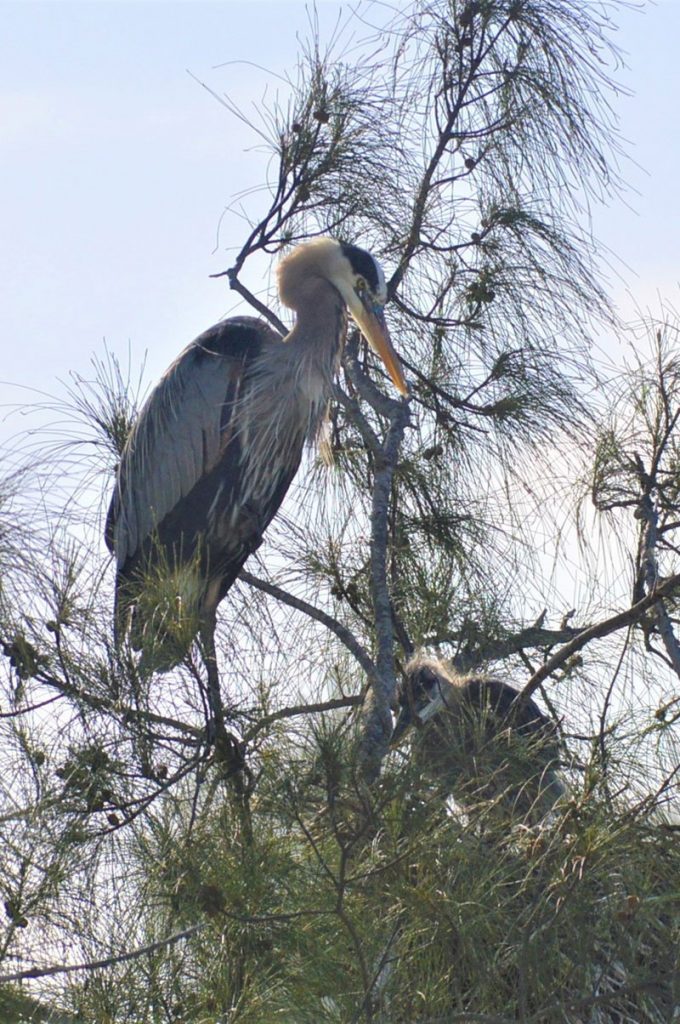 A great blue heron watches over at least one fledgling Feb. 4 in a nest in an Australian pine tree in the 500 block of 56th Street in Holmes Beach. Islander Photos: ChrisAnn Allen 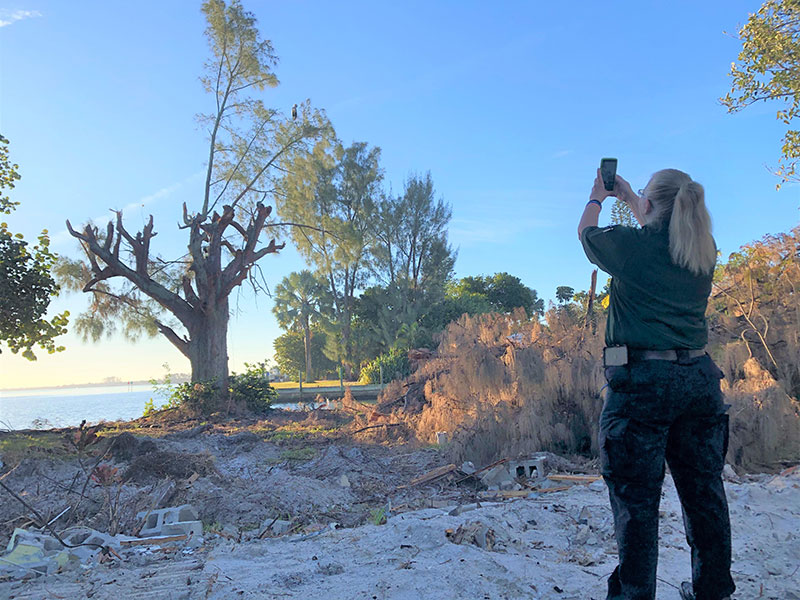 Protecting the balance between development and wildlife is a priority on Anna Maria Island.

In mid-January, Holmes Beach Mayor Judy Titsworth notified code compliance of an active blue heron nest in an Australian pine tree where a home was demolished and the bayfront lot was being cleared in the 500 block of 56th Street in Holmes Beach.

Since then, the Florida Fish and Wildlife Conservation Commission was notified and lot cleanup has stopped until the birds leave the nest. A nest is active if it contains eggs or fledglings.

Under the Migratory Bird Treaty Act of 1918, it is illegal to tamper with nests containing eggs or fledglings. Breaking the law can result in a $15,000 federal fine.

Owners Patrick and Daria Grinenko and contractor Moss Builders claimed they did not know the nest existed when construction started.

Evangelisto observed the nest with FWC officer Jason Dalton, who confirmed there was a female heron with fledglings but could not confirm the type of heron.

So she photographed and videotaped the bird and sent it to FWC biologist Nick Jennings, who confirmed the bird is a great blue heron.

“You may continue to clear the lot so long as you do not cause take to the great blue herons,” Jennings wrote in a Jan. 24 email to Evangelisto, the Grinenkos and Moss Builders.

Under the federal act, “take” is “attempting to take, pursuing, hunting, molesting, capturing or killing any wildlife or freshwater fish, or their nests or eggs.”

Jennings wrote that flushing the bird from its nest, forcing the abandonment of the chicks, would qualify as “molesting.”

Evangelisto said Feb. 3 that the city doesn’t want to take chances that continued work on the site could disrupt the nesting birds. So a notice will remain until the fledglings have left the nest, but the property owner will not be cited unless the stop work order is violated.

“We just have to wait and see,” she said. “Once we know the fledglings are gone and we know that mom has moved on, we will give the OK.”