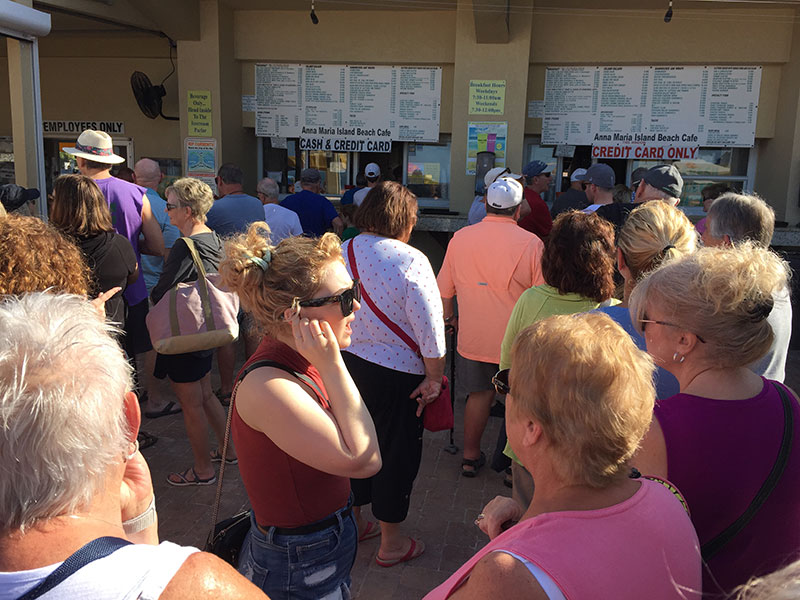 With the beaches and lodgings of Anna Maria Island becoming more crowded as spring break gets into full swing, there comes a new concern for travelers amid the typical citations for alcohol beverages on the shore and raucous parties spilling from pools into neighborhoods.

The new issue, coronavirus or Covid-19, may keep some folks closer to home this year.

Colleges and universities across the country have called for students to reconsider traveling to a list of foreign destinations.

And, if they do travel abroad, they are required to self-quarantine for 14 days upon return to the states.

Ann Comer-Woods, director of marketing and communications for New College of Florida in Sarasota, told The Islander the school is following the U.S. Centers for Disease Control guidelines.

“We want students to check and see if their destination is on the CDC watchlist before they travel. If the country is on the list, 14 days at home in quarantine when they return before they can return to campus,” Comer-Woods said.

As for local businesses, shops, restaurants and accommodations appear to be thriving despite the virus concerns.

Dan Alderson and his family own two Tyler’s Homemade Ice Cream shops — in Cortez and on Longboat Key.

“We started seeing college students a couple of weeks ago and they will be growing in numbers throughout March and April,” Alderson told The Islander in a March 5 interview.

He also said family activity was rapidly increasing at the ice cream stores.

“Of course, our staple is our senior business, which is wonderful this time of year,” Alderson said of the winter-spring tourism trade.

His only complaint? The road construction in front of his Cortez shop.

“Who would tear up the main artery during season?” Alderson asked. Their heads should be examined.”

Hotel owner Joe Varner, who also manages residential rentals under his Anna Maria Island Vacations umbrella, said rates and occupancies were up for most of his properties.

Varner said his Anna Maria Beach Resort, 6306 Gulf Drive, Holmes Beach, had a 98% occupancy for February, 99% for March and reservations were at 90% for April.

“We will probably end up about 98% for April, too,” Varner projected. He said rentals in both divisions were strong.

Ben Bryant, who along with wife Morgan owns and operates a retail store, Live Naturally, 5337 Gulf Drive, Holmes Beach, said business has been picking up there.

“We’ve added products and people like our atmosphere,” Bryant said. “And we have a lot of retired couples coming in and sitting down and enjoying our oxygen bar.”

Four young women who stopped for bagels March 7 at Paradise Cafe, next door to The Islander in the Anna Maria Island Centre shopping plaza, said they were visiting the beach from Florida Southern College in Lakeland. Owner Jackie Estes said March 10 she had her busiest weekend since opening 25 years ago.

Meanwhile, crowds spilled onto the beach at the Anna Maria Island Beach Cafe at the Manatee Public Beach, where the food and drinks are a daylong draw and people gather for live music at sunset.

Officially, spring break on Anna Maria Island is on now, with many colleges and local school districts breaking weekly through Sunday, April 12, which is Easter.