The Privateers arrive on the Skullywag to Anna Maria to take over the pier Jan. 2 during a “conquest” of the city to launch the nonprofit’s 50th anniversary year. The event involved the krewe visiting attractions and businesses in Anna Maria. Established in 1971, the Privateers raise money to better the lives of kids and community. Islander Photo: Ryan Paice 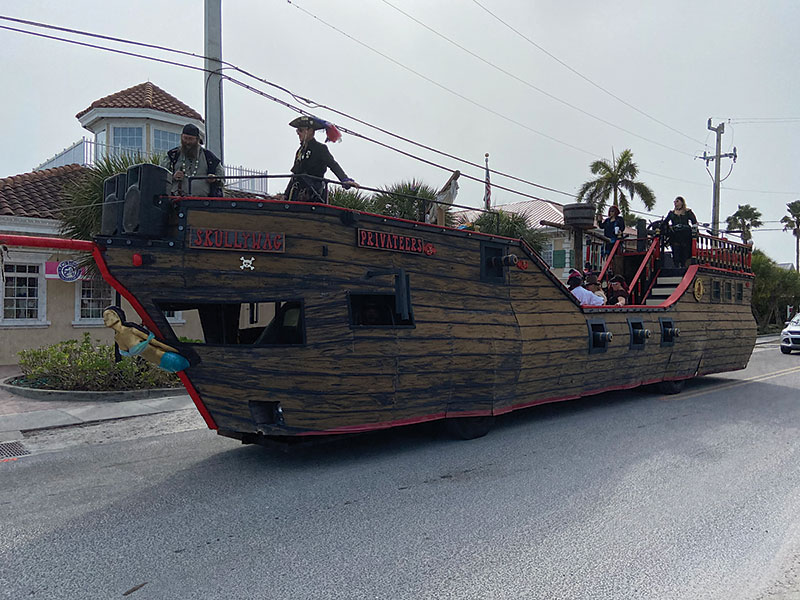 The AMI Privateers steer their ship/float, the “Skullywag,” on Pine Avenue Jan. 2 to City Pier Park, 101 N. Bay Blvd., where the krewe launched its 50th year with a “conquest” of the city. Islander Photo: Ryan Paice A krewe of AMI Privateers make their way along Pine Avenue Jan. 2 while shouting “Happy New Year!” and throwing beads to people. Islander Photo: Ryan Paice
FacebookTwitterSubscribe
We use cookies to ensure that we give you the best experience on our website. If you continue to use this site we will assume that you are happy with it.Ok