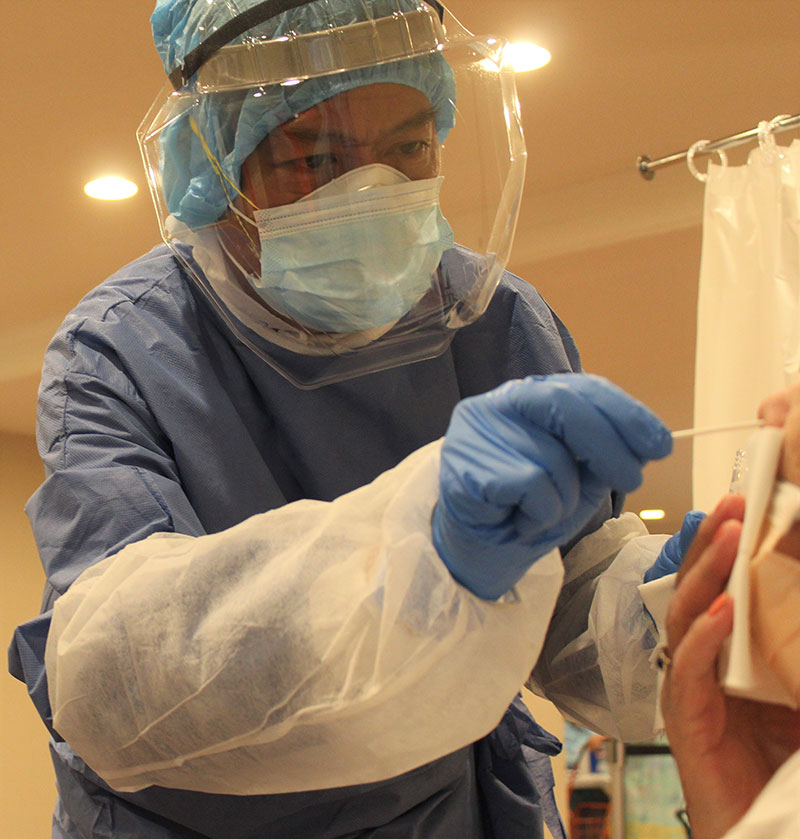 The state exceeded the record number of cases in a single day at least twice in the past week.

Also, as the state’s positive case rate curved upward after the rate of daily new cases started decreasing in May, the county’s rate also trended upward.

Before the uptick, the county’s positive rate had dropped 9.4% from its peak at 14.5% in early May.

The Florida Department of Health reported June 11-14 the highest four-day increase in positive cases in the county since the pandemic was reported in the area in early March.

On June 15, there were 70 new cases reported in the county.

Of those tested, 1,513 residents and 10 nonresidents — people with an out-of-state address but diagnosed in the county — tested positive as of June 18.

Saur said the increases could be due to more testing in healthier populations. He said the previous testing was focused on the elderly and those with symptoms.

However, with “drastically increased testing,” more people without symptoms were getting tested and testing positive, according to Saur.

“There’s a much wider population being tested now and, within that younger, healthier population, a lot of them are asymptomatic,” he said.

Saur said the county’s goal was to test another 2% of the population — about 1,000 people by early July.

He said the DOH started testing at mobile home parks and retirement communities. Testing continued at six Manatee Rural Health Inc. locations, a walk-up site at Lincoln Park in Palmetto, and a state-sponsored regional testing site at the Mall at University Town Center in Sarasota.

Saur said the migrant community was proving to be a hot spot, with groups of people working and living together. He said the county targeted migrant workers for testing.

However, he said anyone can get tested and, he also emphasized the importance of continuing the practices of hand-washing and wearing face masks in public.

Face masks can reduce the spread of the virus by blocking airborne particles, according to the U.S. Centers for Disease Control and Prevention.

“Now is not the time to panic, but it is the time to reinforce wearing a face mask and adhering to CDC guidelines,” Saur said.

Commissioner Misty Servia said Dr. Jennifer Bencie, health officer at DOH-Manatee, told her the median age for the virus in the county, excluding residents and workers at long-term care facilities, was 42.

Servia said she asked Bencie if the higher numbers were the result of increased testing and that Bencie responded, “Absolutely not. It is beyond that,” implying the increase was due to community spread.

Commissioner Carol Whitmore said she recently attended an event where most attendees were younger than herself, and she was the only person in a mask.

“Even if you don’t care about it, you need to think about the person sitting next to you,” she said. “I guess until your family member gets it, or a good friend, you’re not going to realize how dangerous this is.”