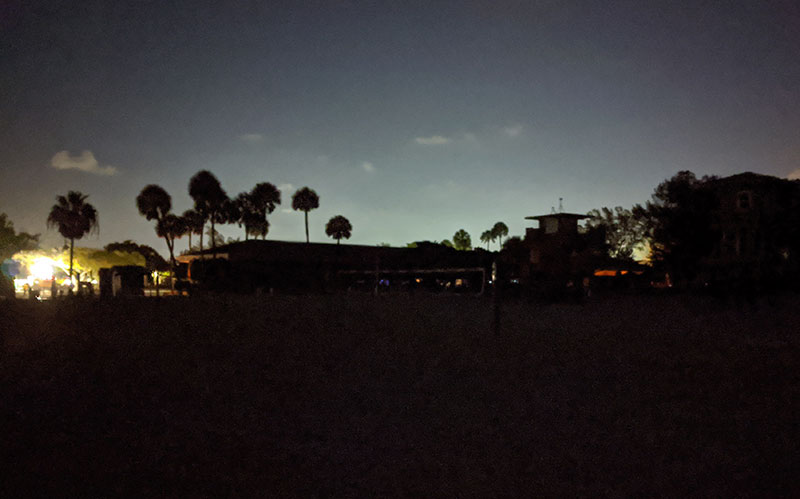 Urban glow, the brightening of the night sky over city centers and other inhabited areas, is seen July 15 from the Manatee Public Beach, 4000 Gulf Drive, Holmes Beach, looking toward the businesses near the intersection of Manatee Avenue West and East Bay Drive. Islander Photos: Courtesy AMITW 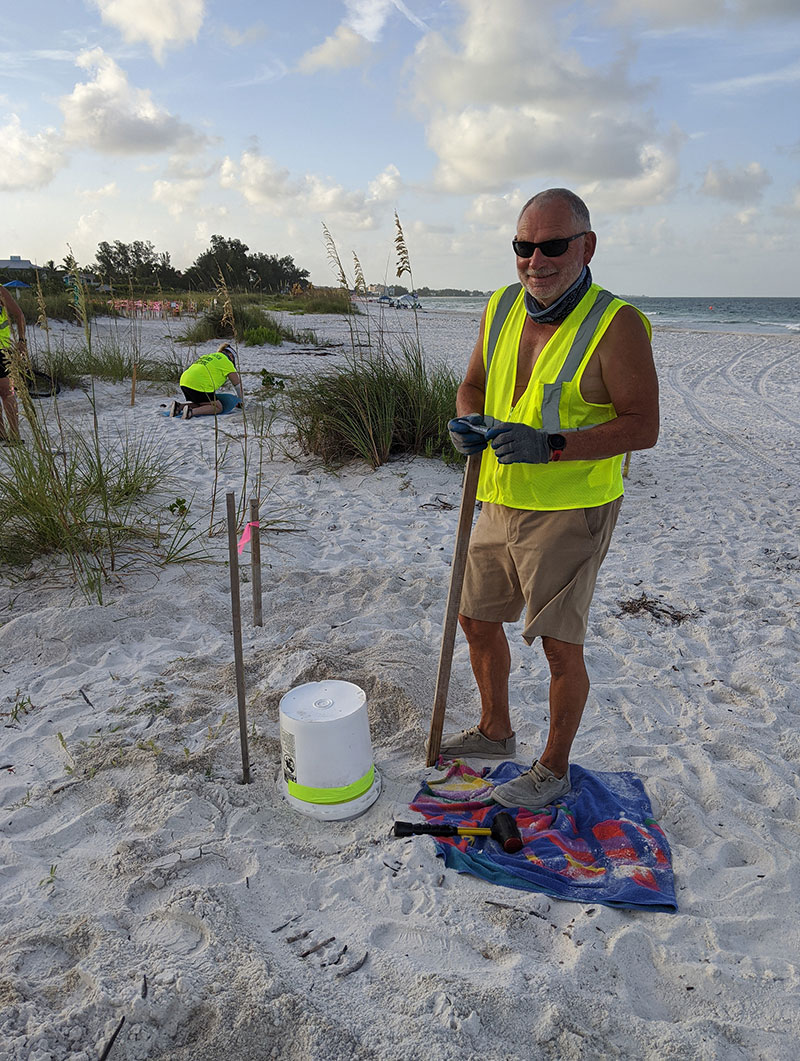 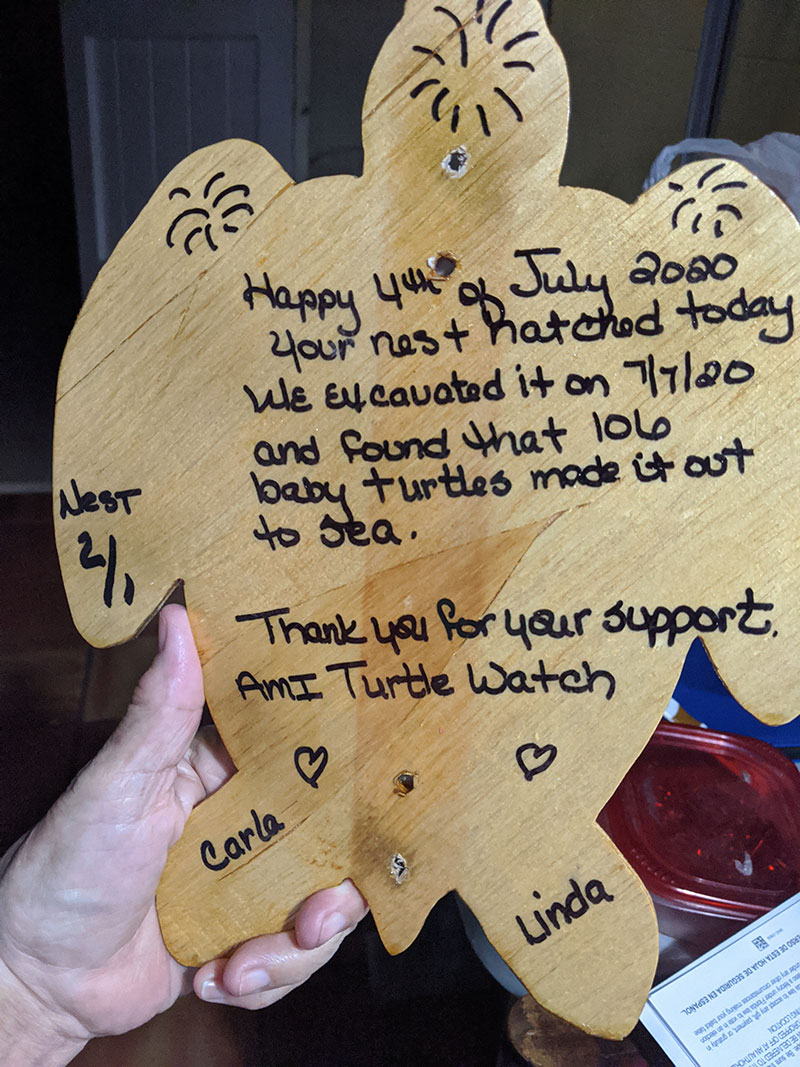 A plaque commemorating the hatch date — July 4 — for an adopted sea turtle nest is one of hundreds to be distributed to donors after their nests hatch.

It’s the time of year when nesting slows to a trickle and hatchlings emerge in flotillas from nests in the sand.

“We are getting two or three nests a night. So it is starting to slow down,” Fox said.

Nesting started in late April and hatches follow by about 60 days, and continue through the end of October.

This year, most of the nests were transferred from Holmes Beach to Anna Maria by AMITW volunteers, working around the clock to ensure sea turtles’ safety on Anna Maria Island.

Manatee County embarked on a beach renourishment project July 8 near 78th Street in Holmes Beach, which will continue piping fresh sand onto the beach, moving several blocks each day south to Longboat Pass.

Turtle watch volunteers have been working ahead of the project to relocate eggs from nests laid in the renourishment zone to human-made nests on the beachfront north of the project in Anna Maria so the eggs are not covered with new sand or destroyed.

Nests laid on the newly renourished beaches will not be relocated.

As of July 17, turtle watch had documented and relocated 298 nests to areas north of the project.

Additionally, 103 nests were laid across the beach in Anna Maria.

And since relocated nests are starting to hatch, Fox is concerned that lighting visible from the shoreline could distract hatchlings away from the Gulf of Mexico.

Upon emerging from the sand, mostly at night, hatchling sea turtles move toward the brightest light source, which should be the reflection of light from the moon and stars on the water.

However, development on Anna Maria Island has led to sky glow, the brightening of the night sky over inhabited areas, and Fox is concerned the glow of light from businesses near the intersection of Manatee Avenue West and East Bay Drive could draw hatchlings from the beach, away from the Gulf.

“Sky glow is something we are going to have to work on,” she said, adding that the new Compass Hotel, a six-story building at 12340 Manatee Ave. W., on Perico Island, is too far to be a problem.

Fox also said she hopes people do not wait by nests and take pictures or video of hatches with cellphones. The lighting can disorient hatchlings, which must reserve energy for the crawl to the water.

“We know people are excited, but lights from phones will kill hatchlings,” she said. “If you happen to be lucky enough to see a hatch, enjoy the experience in the moment and keep phones dark.”

For more information, people can visit the AMITW website at islandturtlewatch.com, or contact Fox at 941-778-5638 or suzilfox@gmail.com.