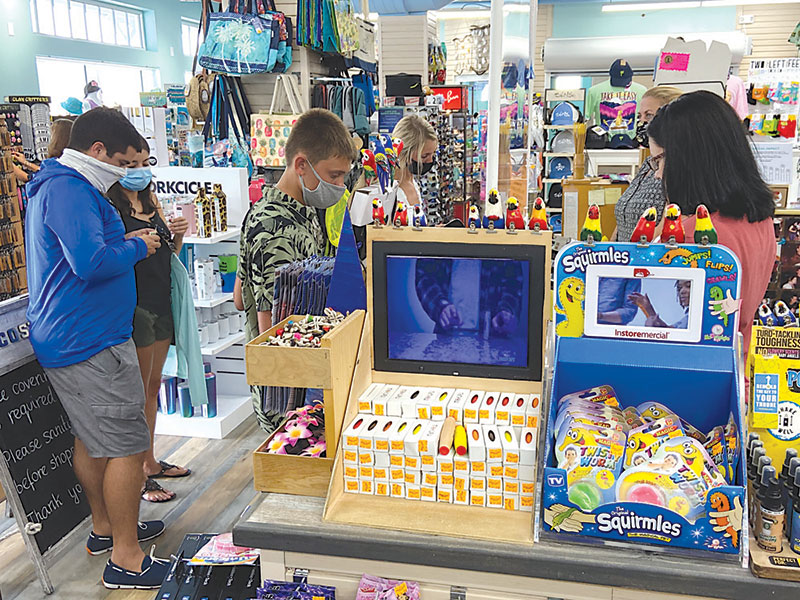 City commissioners voted 2-2 Aug. 6 on a motion to approve an emergency ordinance to replace a July 27 Manatee County resolution mandating people wear masks within business establishments with an ordinance similar to the city of Bradenton.

Bradenton’s ordinance leaves it to a business to post signage that would either mandate or recommend patrons and employees wear masks.

The tie vote in Bradenton Beach meant the motion failed and the county mask mandate prevails.

Mayor John Chappie and Commissioner Marilyn Maro supported the motion. Commissioners Jake Spooner and Jan Vosburgh opposed it. Commissioner Ralph Cole, who had voiced opposition to the county mandate, was absent with excuse.

The proposed ordinance would have required businesses to post signage at points of entry advising patrons that face coverings are required inside or that the U.S. Centers for Disease Control and Prevention recommends people wear masks in public when they can’t achieve social distance.

The measure also would have exempted people with “a religious, physical or mental limitation preventing them from wearing a face covering” from mask requirements.

“It’s a bit of a friendlier approach to the mask policy,” said city attorney Ricinda Perry.

The county resolution, however, was modeled after a Leon County mandate that withstood a lawsuit.

Vosburgh and Spooner wanted to stick with the county resolution if the Bradenton Beach Police Department had no issues enforcing the county policy, which was the case.

“I don’t want our businesses to have to get into confrontations with people over masks,” Spooner said. “Right now it’s easy for businesses to just say, ‘It’s the law.’”

None of the three commissioners on the dais moved to approve or deny Perry’s draft ordinance, so Chappie passed the gavel to Spooner and moved to approve the ordinance. Maro seconded the motion, which failed 2-2.

After the motion failed, Chappie moved to place the draft ordinance on the agenda for the commission’s Aug. 11 meeting. Maro seconded the motion.

That motion also failed 2-2, along the same lines. There was no public comment.

The Bradenton Beach Community Redevelopment Agency is taking measures to mitigate the spread of COVID-19.

Mayor and CRA member John Chappie said Aug. 6 that the 15 hand sanitizer stations the CRA bought in May for $926.25 to place along Bridge Street arrived earlier that week. He said sanitizing lotion to fill the stations would be delivered soon.

The stations will be placed alongside the strip and filled by the CRA until the pandemic ends. Bridge Street businesses that take responsibility for the stands also can post the stands outside their establishments.