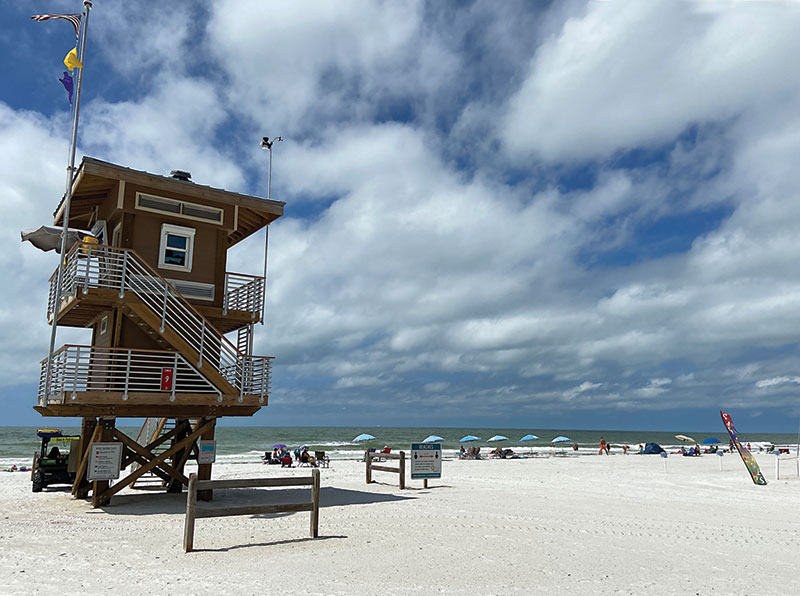 New beach towers, new lightning tech A new lifeguard tower stands watch Sept. 18 over beachgoers on the sands of Coquina Beach in Bradenton Beach. Manatee County built the tower and 10 others on the island’s public beaches earlier this year and equipped each with a lightning suppressor to improve beach safety. The county also is installing a PA system on the towers so the beach patrol supervisor can announce alerts for beachgoers. Islander Photo: Ryan Paice 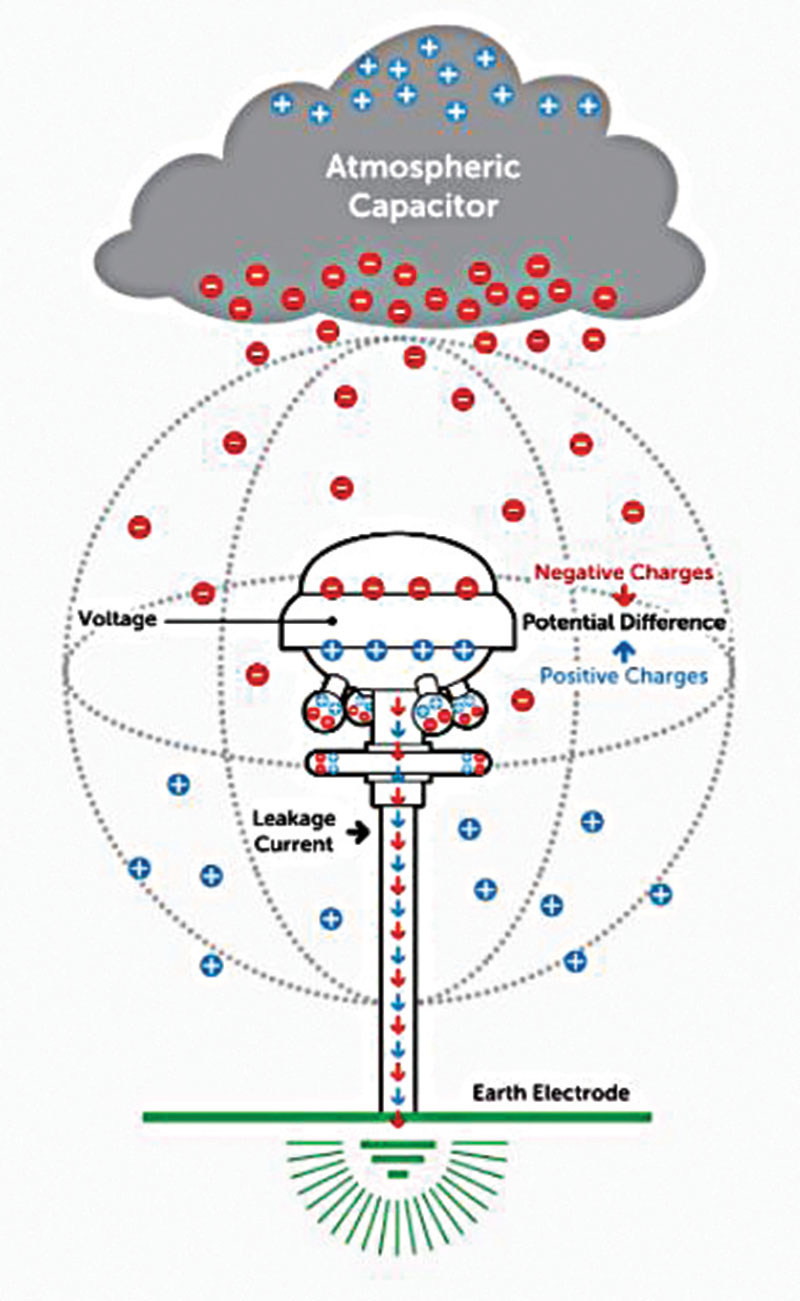 Manatee County has spent several months improving safety for lifeguards and beachgoers at the public beaches on Anna Maria Island.

The former beach towers were worn and noncompliant with Florida wind codes and the county replaced them with new structures expected to last at least 30 years.

The county also installed “lightning suppressors” atop each tower.

Unlike lighting rods, which attract lightning, the weather-resistant gear prevents lightning strikes within a 100-meter radius by deionizing the air around the device.

In other words, the suppressors prevent lightning by balancing the surrounding electromagnetic field and providing a safe outlet for any leakage current to the ground.

“I’m not a scientist, so I can’t really get into the brass tacks, but they’ve been shown to prevent lightning within a small area,” Westerman said. “This stops strikes from even happening…. And we’ve had no  strikes so far.”

Westerman said the county’s lifeguards hadn’t stopped their usual practice of closing the beaches when lightning is reported within 5 miles.

He said the goal of installing the lightning suppressors was to protect lifeguards during inclement weather and allow them to remain in their towers to oversee evacuations.

Westerman said the county also was installing new solar-powered PA systems at the towers that allow a beach patrol supervisor to remotely issue announcements to beachgoers.

The system will be used to issue warnings about rip currents, lost children and lightning strikes and other alerts and information.

“I’m super-excited about the addition of the PA system because, instead of blowing a whistle or waiting for someone to realize they’ve lost their child, we can be a bit more aggressive and notify the public of any issues,” Westerman said. “It’s just an extra layer of protection for people when they come to our beaches.”

He said the PA system should be operational by the week of Oct. 5.