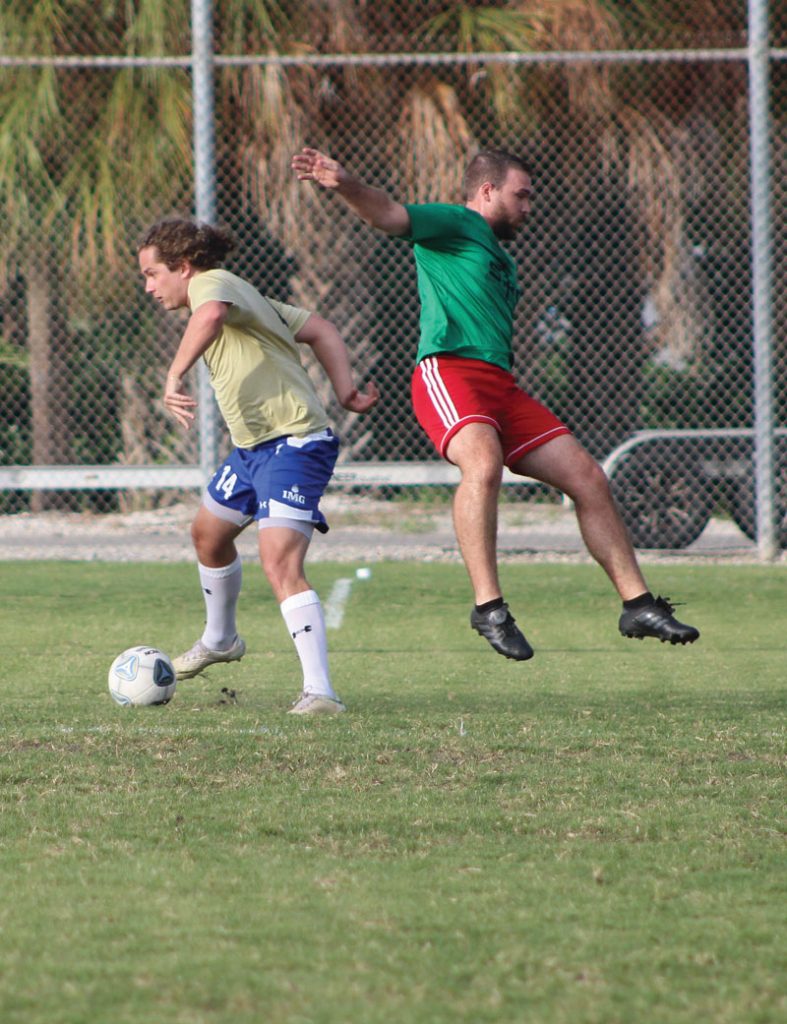 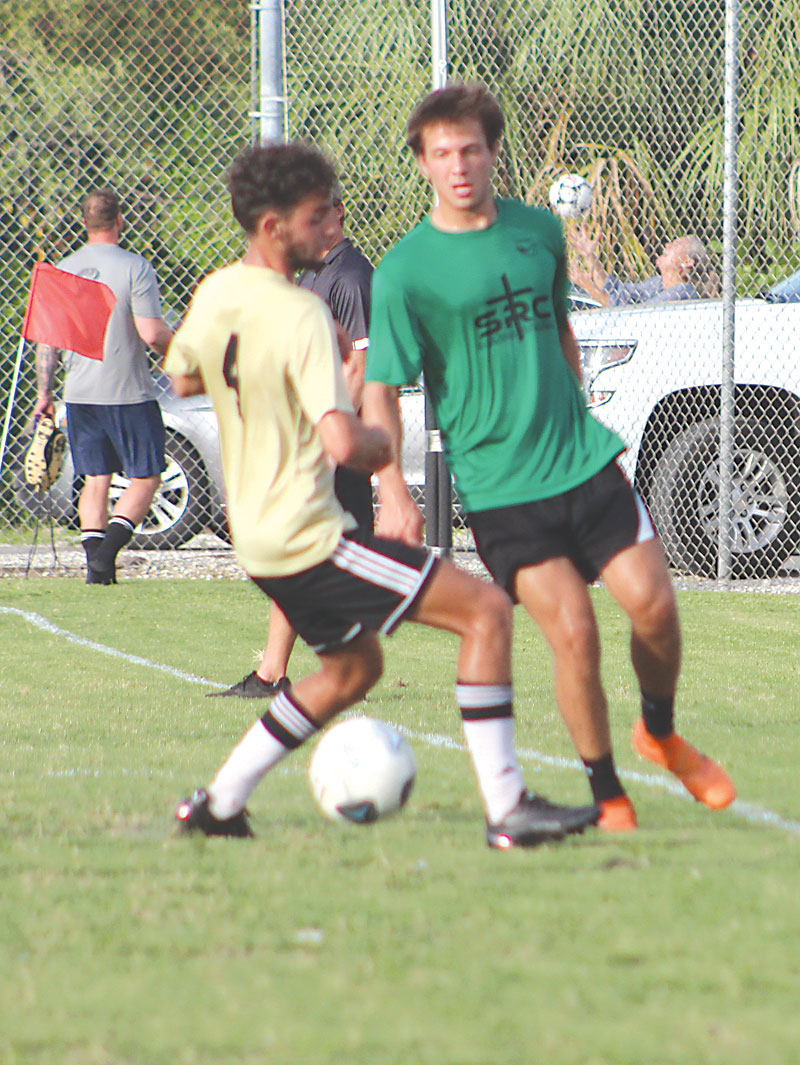 Adult soccer is in the final stretch.

Playoff action Sept. 3 in the summer adult soccer league at the Center of Anna Maria Island whittled the contenders to the final four, though they probably aren’t the four teams people had penciled in on their brackets.

The evening kicked off with a minor upset as No. 5 Vintage Beach cruised to a 6-2 victory over fourth-seed Solid Rock Construction. Former South Carolina Gamecock player Joey Hutchinson led the way with a hat trick and an assist. Nick Bouchard, Clancy Vaughan and Sean Flynn each scored goals in the victory, with Flynn chipping in nine saves.

Solid Rock was led by Chris Scott and Josh Furman, who both finished with a goal and an assist in the loss.

The second match of the night produced another upset, with No. 6 Moss Builders demolishing Ross Built 5-1 behind four goals from Daniel Anderson and a goal from Aaron Parkin. Zack Long helped preserve the victory with six saves.

Jake Ross scored the lone goal for Ross Built in the loss, along with eight saves from Chris Circharo.

The third match of the evening saw No. 1 Beach Bums hold serve with a workman-like 5-1 victory over No. 8 Blalock Walters. Kevin Roman paced the victors with two goals, while Robert Fellowes, Amy Ivin and Andrew Sullivan each notched goals. Jason Sato helped preserve the victory in goal with five saves.

Matthew Staggs scored the lone goal for Blalock Walters, which also received 10 saves from Trey Horne in the loss.

The final match of the night saw No. 2 Sato Real Estate and seventh-seed Signature Granite battle to a 2-2 tie in regulation. Sato prevailed in the shootout 5-4 to stay alive in the playoffs. Josh Sato and Hakan Toka scored for Sato, while Katie Christianson scored for Signature Granite.

Playoff action continues at the center, 407 Magnolia Ave., Anna Maria, at 6:30 p.m. Thursday, Sept. 10, with Moss Builders taking on Sato Real Estate, followed by a Vintage Beach matchup against Beach Bums. The winners will turn around and face off in the championship match at 9 p.m.

And youth soccer is just getting underway.

The summer weather pattern brought on some rainy mornings, resulting in the cancellation of the ladies’ match Sept. 1, but players managed to get in two other rounds of golf.

The men closed out August with their regular modified-Stableford match Aug. 31. Quentin Talbert and Jon Holcomb tied for first place after both finished at plus-3, three points above their average. Not sure who had to buy the drinks after the round.

The women and men got together Sept. 2 for a mixed shamble over nine holes. The team of Mike Clement, Ken Nagengast and Mike Pritchett combined on a 4-under-par 28 to grab clubhouse bragging rights for the day. The team of Diane Miller, Tom Nelson, Quentin Talbert and Ron Vandeman came in second at even-par 32.

There was an outright champion during Sept. 2 horseshoe action at the Anna Maria City Hall horseshoe pits. The team of Norm Good and Neil Hennessey posted the lone 3-0 record during pool play to earn the day’s championship.

Three teams managed 2-1 records during Sept. 5 action, resulting in a playoff. Hennessey drew the bye into the finals and watched as Jerry Disbrow and Bob Heiger cruised to a 21-10 victory over Gary Howcroft. But Disbrow and Heiger stayed hot, rolling to a 23-10 victory over Hennessey to claim the day.