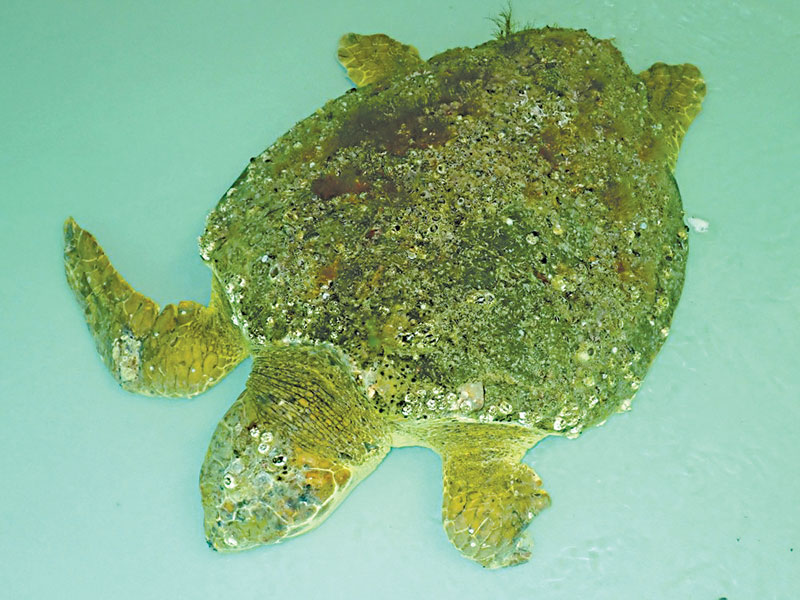 Recovery is going well for a sea turtle found stranded off of Holmes Beach.

Representatives of the Florida Fish and Wildlife Conservation Commission contacted Mote Marine Laboratory Sept. 1 to rescue a loggerhead found bobbing in the water near 45th Street in Holmes Beach.

The female loggerhead, named Violet by Mote, was missing a front left flipper and suffered damage to its right front flipper.

Fishing gear was the likely cause of the missing flipper, according to Mote. Also, Violet’s right front flipper was X-rayed.

Mote reps drew blood, weighed the turtle, administered antibiotics and placed it in a pool.

Most recently, the turtle was on an iron supplement.

Pending recovery, the turtle will be released to the Gulf of Mexico.