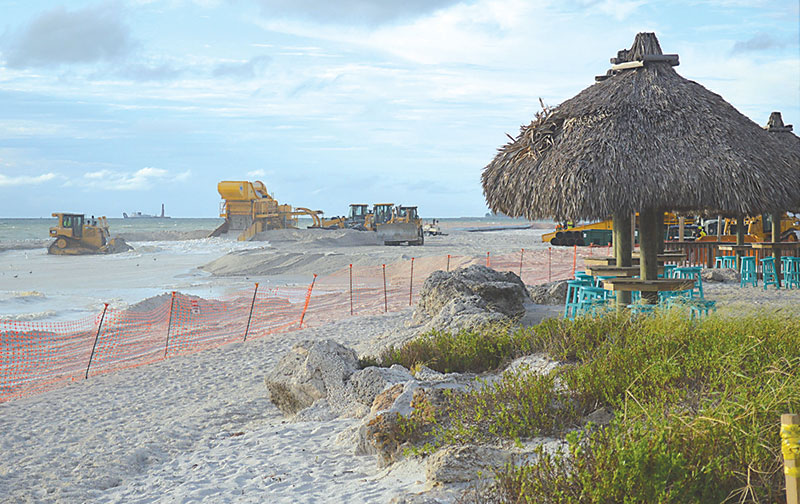 Equipment for a $17 million beach renourishment project lines the shore Sept. 29 at the Gulf Drive Cafe, 900 Gulf Drive N., Bradenton Beach. Pre-renourishment: “We had barely enough space to lay out a towel when the tide was high,” Brittany Jenkins, Gulf Drive Cafe bartender said Sept. 29. “We are definitely looking forward to the wider beach.” The new sand will add about 250 feet seaward of the existing beach. Islander Photos: ChrisAnn Allen 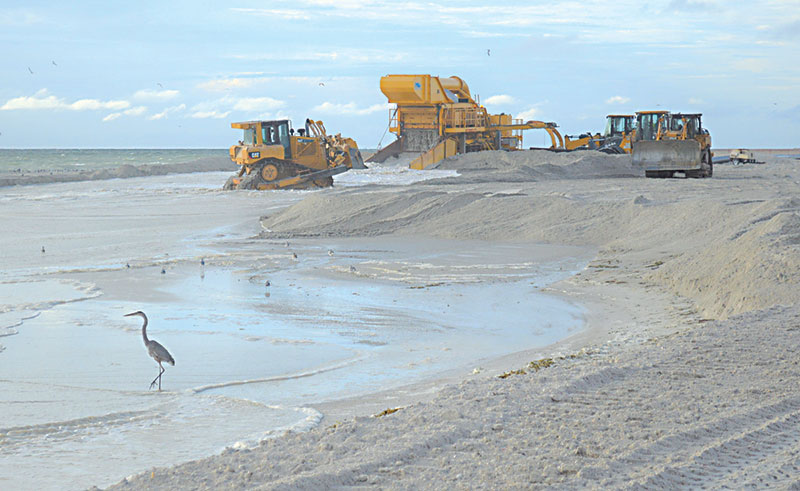 A sand separator and four bulldozers — part of a $17 million beach renourishment project — work in concert, pushing sand to eroded beaches on AMI. The project, which started July 8 near 77th Street in Holmes Beach, will terminate at Longboat Pass. “It’s moving according to plan, barring unforeseeable weather impacts, and the scheduled completion remains end of October or beginning of November,” David Ruderman, communications representative with the U.S. Army Corps of Engineers, a funding source for the project, wrote The Islander Sept. 29. For more about beach renourishment, go to Page 20 for Nesting Notes. 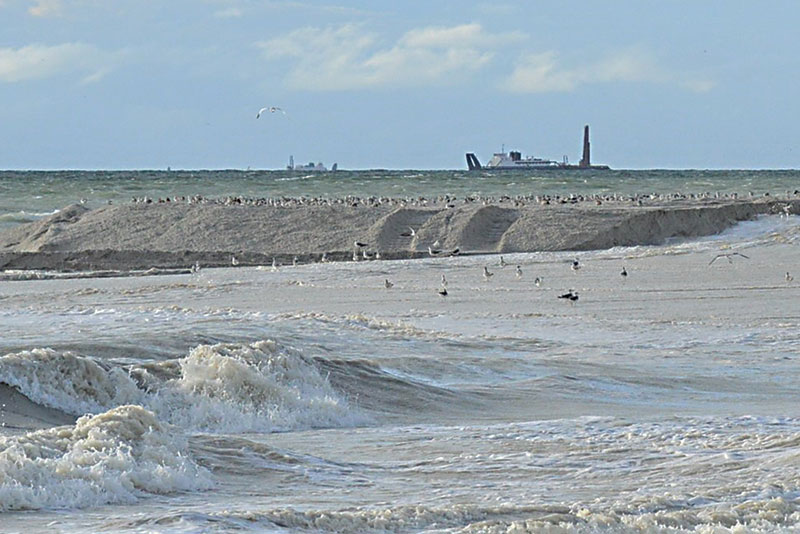 Beyond the shorebirds, two barges can be seen Sept. 29 from the beach near 11th Street North in Bradenton Beach. Sand is mined from an offshore borrow area via the distant dredge, while the closer vessel boosts the sand in the pipeline to the beach.
FacebookTwitterSubscribe
We use cookies to ensure that we give you the best experience on our website. If you continue to use this site we will assume that you are happy with it.Ok