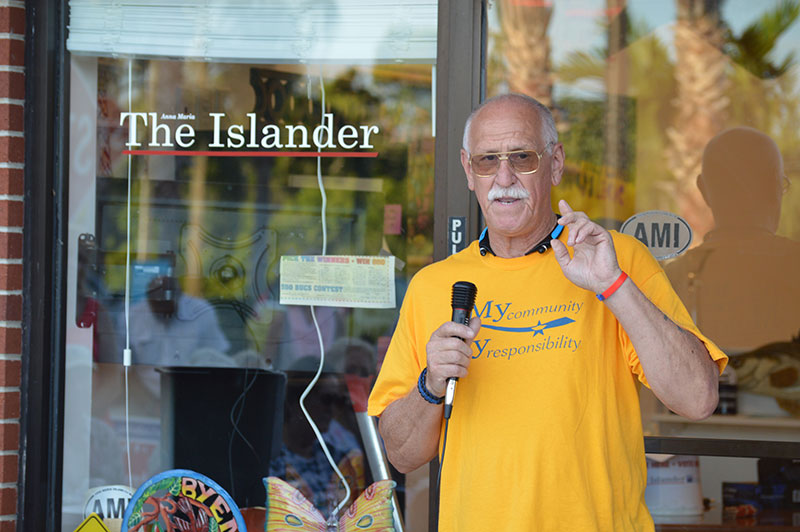 Holmes Beach Commissioner Pat Morton defends the city commission, which came under attack in 2018 by other candidates at The Islander’s Popcorn and Politics event. Islander File Photos: ChrisAnn Silver Esformes 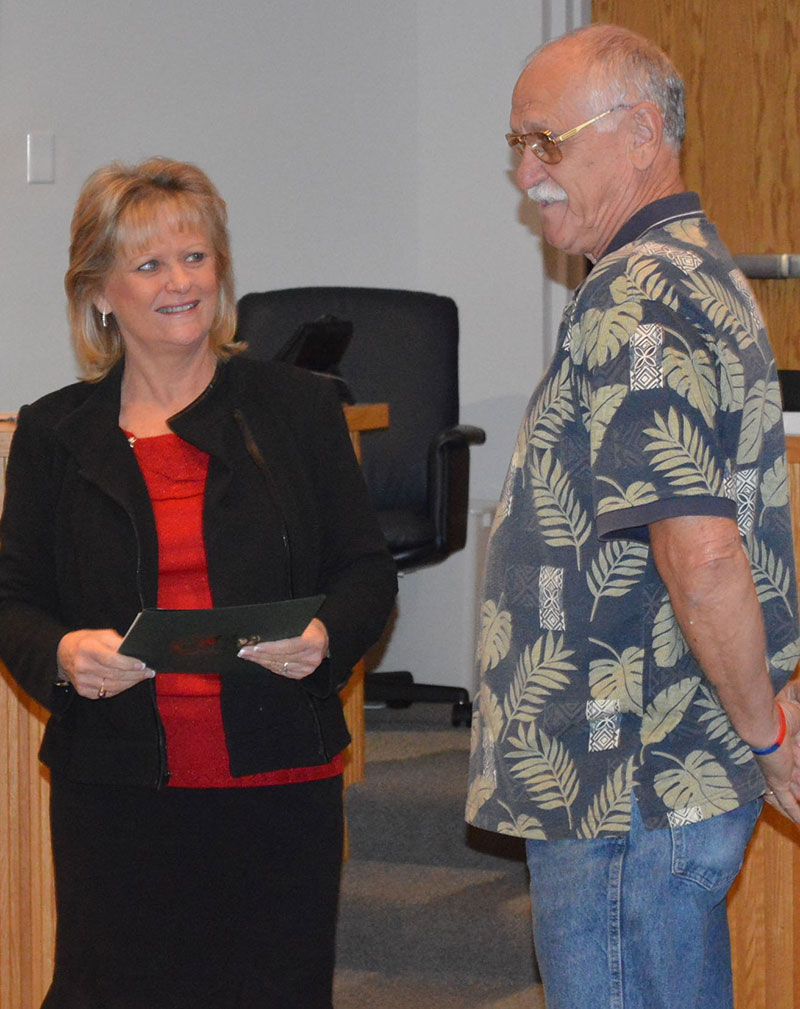 He said he couldn’t stop thinking about the ad in the paper.

“I picked up The Islander one day and saw the city needed a commissioner,” he said. “I’ve never been a political person, but when I weighed the pros and cons with my wife, within a week, the cons had disappeared and I knew I should do it.”

Since then, Morton was the longest consecutively elected city official in the city before losing reelection in 2020.

“So I can hang my hat on that,” he said. “It was a pretty good run and showed that people liked what I was doing.”

Morton said the city’s concerns have changed since he started as a commissioner in 2003.

“When I was first elected, there were no big issues and it was full of families,” he said. “Now we are spending a lot of time trying to get the rentals under control.”

State laws enacted in 2011 prohibit municipalities from further legislating vacation rentals beyond any rules that existed prior to the legislation.

Currently, island cities can adopt new ordinances to regulate vacation rentals. However, according to state law, local government cannot regulate the frequency and duration of stay.

Morton said that until about seven or eight years ago, many commissioners sided with the developers, leading to relaxed requirements for vacation rentals.

He said the current commission has worked to enact tighter regulations that he hopes will remain.

“As long as the commission doesn’t stifle the mayor and we can keep getting things done, it will be very positive,” Morton said.

Among his accomplishments during 17 years as a commissioner, Morton cited his work as a liaison to Waste Pro, the city’s waste management company.

He said when he began the job in 2003, people were reporting complaints that were not being serviced. When Morton took over, he would visit people at their homes, listen to the problem and contact the company to ensure it was resolved.

Morton gave out his phone number and told people to call him with problems. He received about 75 calls the first week.

“If anyone had a problem, I got it solved, one way or the other,” he said. “I took this very seriously because these are our citizens.”

Morton said he enjoyed the position because he likes working with people. And he plans to continue helping people in the city if they approach him with problems, even though he is no longer an elected official.

“It’s been fun because I enjoy helping people,” he said. “And I don’t plan to stop. I’m not turning my back on the city. Nope. Not one bit.”